Why I Can Never Be A Soccer Fan 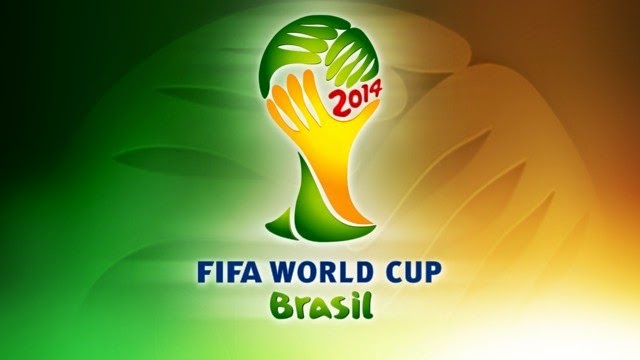 Admittedly, I’ve enjoyed watching the 2014 Men’s World’s Cup. However, even as an avid sports fan for my entire life—including the period where I was too punk rock to publicly come clean about my predilections—the sport most of the world calls football has never been at the top of my list. And today I realized the reason why, even though I enjoy seeing the sport played at a high level, I can never become a real soccer fan.

Over the course of the last few weeks I’ve managed to see almost all of matches. I’ve even learned that they’re called matches, not games, just like I know that the field is a pitch, not, you know, a field. Though most are just on in the background while I ply my trade at my day job, which lucky for me I can do from the comfort of my own couch, I’ve made a point to sit down watch a handful of contests. Primarily these have been the US games, but any that turn out to be interesting, hard-fought games, usually win out over whatever movie review or breaking piece of news I should be covering at the moment.

While I can honestly say I enjoy soccer, as a sport, I specifically mean soccer played at this elevated level. Seattle, my town, a place I plan to spend the rest of my days if I have the chance, and where I live and die by the sports teams we call our own, is home to a fervent soccer fan base. People here love our Sounders, the local Major League Soccer affiliate, routinely selling out matches at Qwest Field, which doubles as the home of the NFL champion Seahawks. It’s loud, raucous, and full of chants about how opposing players can’t even get laid on the hooker-laden streets of Aurora Avenue.

This sounds like the perfect gateway drug, right? I’m already a sports nut, one who loves everything Seattle, the team has been successful, and I dig the loud, abrasive edge sports fans bring to our city. I should be on the brink of becoming a full-blown soccer hooligan that goes out and heckles fans from other cities, even though Seattle-ites pride themselves on being a friendly bunch. We can talk elsewhere about the so-called Seattle Freeze.

That, however, isn’t going to happen any time soon. As much as I want to, as much fun as I’ve had attending a few Sounders games in person, when I say I like watching soccer played at a high level, I’m not talking about the home team. Not to single them out, I realistically mean the entire MLS, it simply isn’t the best representation of the sport. The situation isn’t even like comparing college athletes to professionals. Watching a World Cup game juxtaposed against an MLS game is like pitting the pros against high school kids in terms of the quality of the play.

No question the MLS players are athletic and skilled, especially in contrast to a chubby, bearded, woefully out of shape writer like myself. I can’t argue that, because it isn’t true, but watching the game played in these two distinct spheres is like two different sports. Soccer makes sense to me as they play it in the World Cup in a way that it doesn’t in the MLS. Strategy, designed plays, and larger, overarching plans are readily apparent in one in a way they aren’t in the other.

Long-time students of the game have told me this is specific to American soccer—we do call the sport by a different name than the rest of the world, can we really expect to be as good at is as they are? We also apparently play and teach the sport different than everyone else, and this extends all the way up to the national team, though they definitely deliver a more traditional, tactical version of the game.

In my observations, America plays soccer like basketball, jacking up a three from wherever we get the ball, the theory being if we do it enough times, surely one will go in. Watching the U.S. versus Portugal, my viewing companion remarked, “They try to get the ball closer to the goal than we do, don’t they?”

Soccer, especially when played out in the World Cup, has a narrative unique in organized sports. The only similar event is the Olympics—which, coincidentally enough, is the only other time where I get rah-rah, Go USA, over-the-top patriotic. In most popular American sports there are grander storylines in play—you have rivalries between teams, cities, regions, conferences—but nothing with the same scope, scale, or reach. It’s like witnessing history and colonialism play out right in front of you. For instance, is it possible to watch France play Germany and not think of World War I and World War II?

Nowhere is the larger world drama more apparent than when the US played Ghana in the first game of the group stage of the 2014 tournament. We’re talking about a global superpower going up against a virtual nonentity. Not to belittle Ghana, but, on the global scene, they’re not the biggest player. In the last two World Cups, they were, however, the team responsible for knocking the US out of contention. Not a surprise, America isn’t known as a formidable soccer powerhouse—again, I keep going back to the fact that the sport has a totally different name here—but you know that has to feel at least a little bit good on their side.

But I’m not even talking about the actual game—which the US won this time, by the way—as much as I’m talking about the way we viewed it. I watched the game with a couple of friends at a sports bar that has more than a dozen of latest, greatest, most high-def TVs on the market. A group of guys came in, plugged in their laptops, and proceeded to work while watching the game and having a few beers. The air conditioning was on. I kept up with the stats and news on my smartphone, tweeting back and forth about the game with people in other cities, and checked in on my own work email from time to time.

This is standard practice for me during most sporting events, and what game day, no matter the sport, looks like in my life, and the lives of many people I know. In Ghana, on the other hand, it was a very different story. They, as a nation, rationed power to make sure that there was enough juice that their citizens were actually able to watch. That’s a dedication we don’t have in the US. Sure, we’d shit the collective bed if we couldn’t watch the Super Bowl, but when it all comes down, would we be willing to turn off our computers, refrigerators, and TVs, even for a little while? Hell, we’re not even willing to skip out on the two weeks worth of endless, repetitive talking that leads up to the big game.

I’m not condemning our way of life, not even close. I write about movies for a living, there are few things as unnecessary or expendable as my chosen profession. The opportunity to obsess over the minutia and cultural relevance of a game, albeit a game played on a grand scale, is something I relish and quite enjoy. This is, however, a very strange dichotomy, one that gives me pause.

Despite all of this intrigue, and all of these larger themes and stories involved, I still can’t envision becoming a rabid soccer fan any time in the near future. The biggest reason is a very simple one: I can’t get over the time zone differences. Like I said, right now, the MLS just doesn’t pass the test for me and isn’t a huge draw. Should the quality of play improve, and by many accounts it is on the upswing, I can see myself paying more attention, but it still has a long way to go. If I were to watch the likes of the English Premiere League, La Liga, or other top leagues that I’m not even aware of, on a regular basis, I expect that I could get into the sport, possibly. The MLS is the best game in town, but right now that’s not an option.

This feat becomes even more difficult because I didn’t grow up with soccer the same way I did with baseball and basketball. Even when we talk about sports I love dearly, like football—the American version—and MMA, I have to watch live. I can’t watch a replay, of any sport, it does nothing for me. An older game, or a classic, is one thing, but a rebroadcast, or even if I DVR a game, that just won’t do. Simply knowing that I can, that I have the option to find out, invariably leads me to look up the result, and after that, even if it’s the most dramatic contest in recorded history, the magic is gone and I invariably lose interest.

I know people who regularly wake up at ungodly hours to watch soccer matches via problematic, pixelated, often sketchy streams, but I’m not one of them. For a game I only have a cursory understanding of, where I have no vested rooting interest, that’s not going to happen, I know myself far too well to pretend. I barely get moving fast enough to catch kickoff for 10 AM Seahawks games when they’re on the East Coast, and I bleed Hawk Blue. Does that make me lazy? Probably, but it’s also the truth of the matter, and I suspect the situation is similar for many other American sports fans.

Having the World Cup in Brazil, where the time difference is only a few hours, has been a game changer. It’s become easy. Every bar in town shows the games live, and I’ve seen a surge of soccer fandom take a wider hold. Perhaps it will stick. Maybe now that the tournament has wrapped up we’ll miss the game so much that we’ll actively seek it out. I doubt it on a personal level, especially with football season fast approaching—not to mention that the Seattle Mariners have been decent this season, thus making baseball a few degrees more interesting to watch this summer—but stranger things have happened.
Posted by Brent McKnight at 4:24 PM