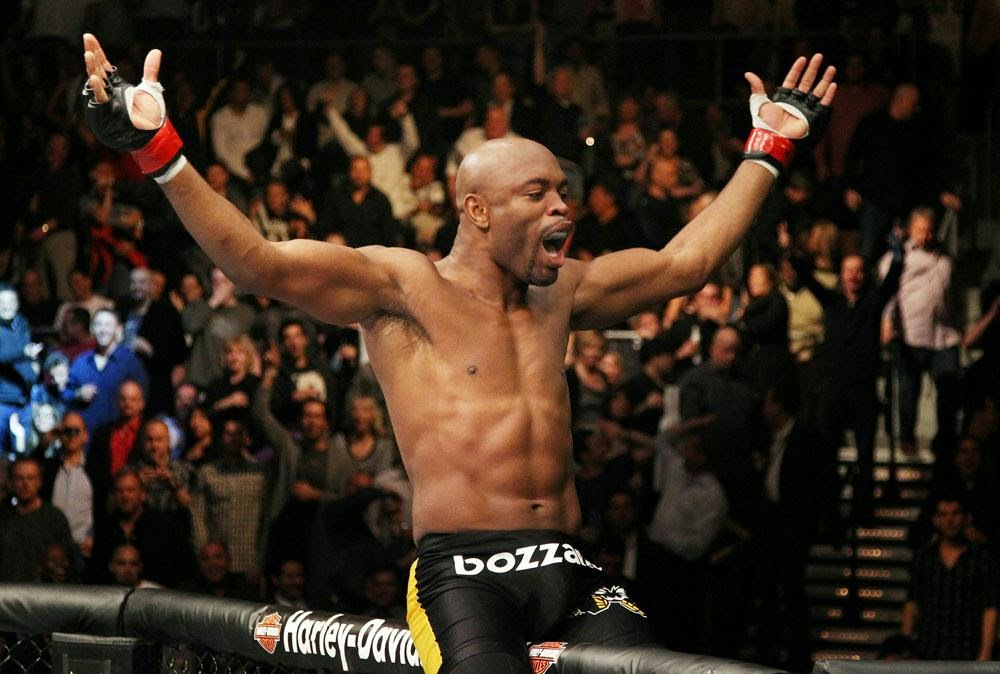 We don’t know much about UFC 183 at this point, but the event will see two legends make their returns to the Octagon. UFC president Dana White appeared on ESPN to make official a match he had been teasing all week. Former middleweight champion Anderson Silva will face off against Nick Diaz on January 31, 2015 in Las Vegas.

This marks Silva’s first fight in more than a year, following that horrific, potentially career ending, broken leg suffered in his rematch against current UFC middleweight champ, Chris Weidman. Though The Spider recently returned to training on the injured limb, he has remained cautious during his rehab. Coming off of back-to-back losses for the first time in his career, Silva is eager to get back to work. It will be interesting to see, what, if any, physical and psychological impact the injury has on the fighter who is widely regarded as the greatest MMA fighter ever.

For his part, the elder Diaz brother won’t exactly be fresh when the two meet. He hasn’t fought since then welterweight title-holder George St. Pierre took a dominant 5-round decision from the Cesar Gracie disciple at UFC 158 back in March of 2013. After a brief stint in retirement, Diaz entered a protracted round of negotiations with the UFC brass. After an extended back and forth, he finally got the contract and terms that he was after. Though it will be almost two years between fights, Diaz will also be coming off of a two-fight skid, having dropped a decision to Carlos Condit at UFC 143 in 2012. He went into a short retirement after that fight as well.

After his last fight ended so abruptly, Silva had a steel rod inserted into his leg and underwent extensive physical therapy. Despite the severity of his injury, he claims to be 95% healed, and has already promised that his clash with Diaz will be one for the ages, saying, “This has all the ingredients to be one of the best fights of all time.”

The fight will take place at 185-pounds, and will be part of a pay per view event. There are no other fights currently scheduled for the fight card, but if this isn’t the headliner, you can bet something spectacular is in the works.
Posted by Brent McKnight at 4:54 PM