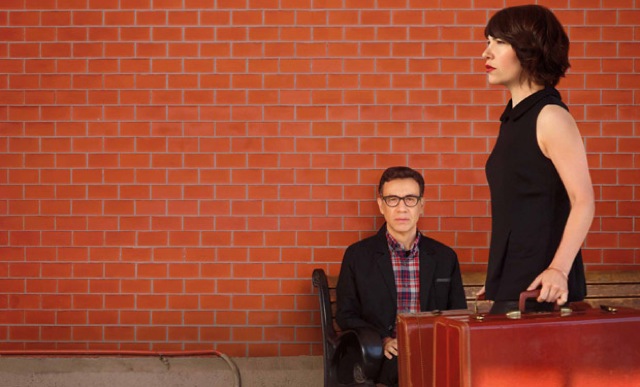 People certainly seem to like IFC’s sketch comedy series “Portlandia,” though I am certainly not one of them. Personally, I’ve never quite got the appeal, but far be it from me to deny others things they enjoy. Season three of the satirical show is now available on Blu-ray and DVD, and they’re back to doing that thing they do, poking and prodding at all the pretentious stereotypes and foibles of Oregon’s largest urban center. Chances are that, if you’re already a fan, you’ll be all over this release, and if not, you know where you stand. If you’ve seen the show, you know exactly what you’re going to get. There are no surprises here.

I live in Seattle, just 175 miles north of Portland, where making fun of the Rose City is practically a national pastime, and “Portlandia” still holds little to no appeal. Part of it is that Fred Armisen has never been my cup of tea. He had on funny turn on “30 Rock” that one time, but that’s as far as his work on “Saturday Night Live,” and elsewhere, I’ve never been a fan. Armisen’s co-star, Carrie Brownstein, is more problematic. I like other things she’s done in her life—she played bass for Sleater-Kinney, and guitar in Excuse 17, bands I totally love—so I want to like her here, but I just can’t bring myself to get there. 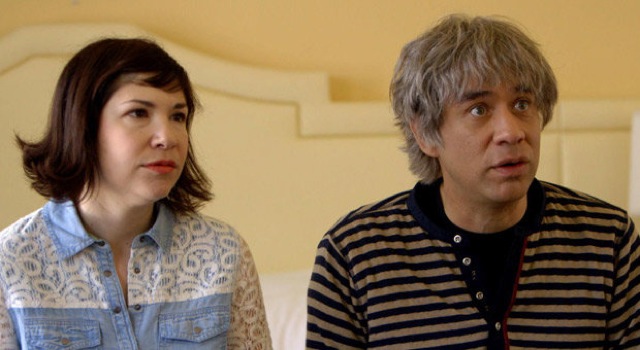 There are a couple of standout moments in season three. As someone who has spend a fair amount of time in them, I’m partial to the walking tour of historic Portland punk houses, and then there’s the vegan restaurant with a built in fart deck. Admittedly, those two bits are pretty ingenious, but only as stand alone pieces. While there are moments that can be fun, and provide a chuckle, taken as whole episodes, “Portlandia” never amounts to much. If you stumbled across these skits on your own, if a bored coworker forwarded you a YouTube clip, some of them would be fun, but a 30-minute episode drags, and the cast feeling so very smug and self-satisfied with themselves for being so clever gets old, fast.

You get the point, Portland has a reputation for being pretentious to the point of silliness, and as a result the show is a one trick pony. I’m honestly surprised there have been three seasons. When “Portlandia” first appeared it felt like a one-off, like something that would have five or six episodes then all it a day. But no, and for season three, Armisen and Brownstein have wrangled in a slew of familiar faces as guest stars. You expect some, like “SNL” compatriot Bill Hader, but Rosanne Barr pops in, as do Jeff Goldblum, Kyle McLachlan, Martina Navratilova (yes, the tennis player), and a ton more. You also get a helping of former MTV personalities, with Kurt Loder, Tabitha Soren, and Matt Pinfield, if you’re feeling nostalgic for an MTV newsbreak.

With this set you get two discs that contain all ten original episodes from season three of “Portlandia,” as well as the very special “Winter in Portlandia” episode. Not to be confused with a Christmas episode. The extras aren’t all that fantastic either. You get to go on a couple tours of Portland with stand up comic and guest star Kumail Nanjiana, as well as a pair of deleted scenes. If you’re a fan of the show, and its style of comedy, then you’ll probably appreciate these, but if you’re looking for something more, best look elsewhere. All in all, the whole thing is very flat and feels quick, like IFC just wanted to get it out there, it’s over before you know it.