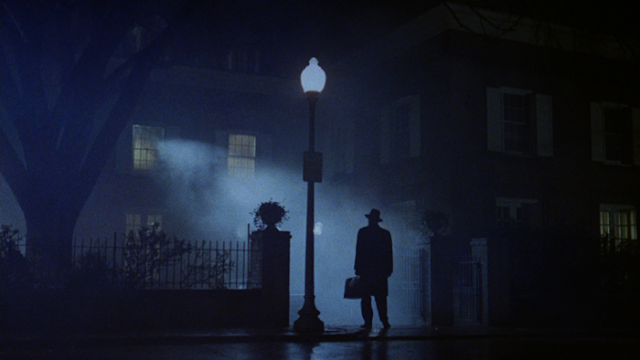 This package contains both versions of the film, the original 1973 cut, as well as “The Version You’ve Never Seen,” that was released wide in 2000 and features an extra 11-minutes of footage added in. No matter your preference, no matter how you experience young Reagan MacNeil’s (Linda Blair) battle with demonic possession, you can’t go wrong. Both edits look and sound fantastic in this format. All of the visuals and colors are sharp and crisp, and the sound is clean and clear. You see every chunk the pea-soup vomit.

If you haven’t seen “The Exorcist,” there is little to be added to the conversation that hasn’t already been said ad nauseum. There’s a little girl, a priest, and an evil spirit that may or may not be the devil himself. While that may sound like the beginning of a particularly unfunny joke, the result will scare the ever-loving shit out of you in every conceivable way possible. 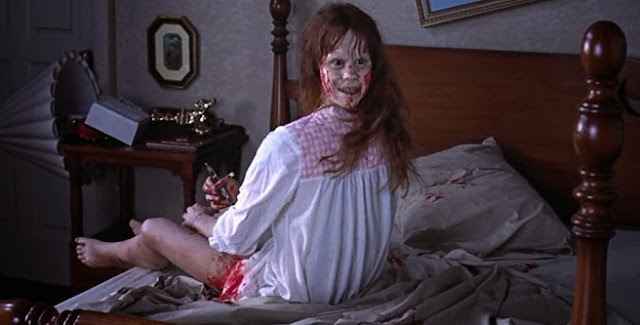 This cut of the film arrives with an introduction from Friedkin, as well as two feature length commentary tracks. The first is Friedkin flying solo, while the second teams him up with William Peter Blatty, author of the novel “The Exorcist.” The two are good friends, and have been since working on the film, and this fact comes through in the track that they tag team. Friedkin has even said that the reason he put together the newer cut is because that was the version Blatty always wanted. Their connection and affinity for one another is also readily apparent in a tandem interview where they compare the various versions of “The Exorcist,” and the width and breadth of interpretations the film holds for fans.

This disc features a collection of sketches and storyboards, as well as a tons of radio spots, TV ads, trailers, and more marketing that accompanied the original theatrical run. You also get footage of the original ending. The scene is a nod to the close of “Casablanca,” and shows Lee J. Cobb’s Lieutenant Kinderman walking with new buddy Father Dyer (William O’Malley). This is the one bit of footage that Friedkin and Blatty wanted to include in the newer version, but couldn’t because the sound has degraded too much over time.

Rounding out the festivities is “Fear of God,” a full-length documentary that digs into the history of “The Exorcist.” You dig into everything from the mythology of the film to fan reaction, and the various forms of terror it introduces. Friedkin and Blatty make use of psychological elements, as well as religious themes, and more, to instill a sense of dread in the audience. The one thing it doesn’t really do, a side that nothing in this package actually explores, is look at the trouble surrounding the film. Production on “The Exorcist” was fraught with accidents, even deaths, and people involved with the movie have experienced so much undue hardship and tragedy that it has become the stuff of legend. If you’re waiting for any of that, you’ll be disappointed. 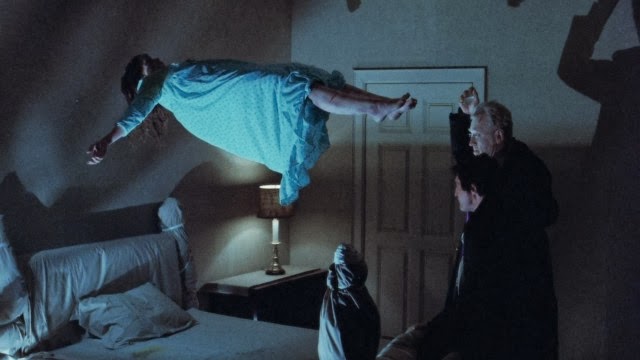 When the director’s cut was released wide in theaters in 2000, I took a friend who had never seen it. Afterwards, she wouldn’t let me leave her at home alone that night. And even though I’d seen the movie a dozen times, maybe more, when Reagan crab walks down the stairs I nearly lost my shit. Both versions of “The Exorcist” are worth checking out, but the eleven extra minutes does add a few extra wrinkles. Fans of the original shouldn’t worry, however, this is the same movie you love, just with a couple of new flourishes. It isn’t all necessary, but the new footage doesn’t detract from the film.

This disc comes with yet another, more recent commentary from Friedkin, and a comprehensive collection of trailers, commercials, and advertisements from the 2000 theatrical release. One feature gives a tour of the Georgetown filming locations, then and now. “Raising Hell” is a 30-minute making-of video. You get the story of how the film came to life, the simple, almost documentary shooting style Friedkin employed, and the exclusively practical effects the film uses. The coolest bit is Friedkin explaining various ways they improvised to overcome issues they encountered during production. “Faces of Evil” discusses the differences and origins of the different versions of “The Exorcist.” 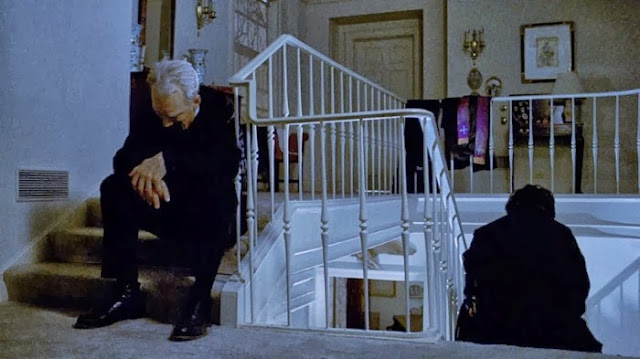 Because two versions of the same film, each with gargantuan assortments of bonus materials, isn’t nearly enough, the 40th anniversary Blu-ray of “The Exorcist” comes with a third disc, one that is just extras. You get two medium length featurettes. The first is dedicated to Blatty. You follow him through the process of writing the novel—which, fun fact, he wrote while staying in Angela Lansbury’s guest cottage—which he originally envisioned as a supernatural detective story, but became something else entirely. He reads you some favorite passages, and gives you a glimpse behind the curtain at his process. At the time he was a comedy writer, and had never even attempted anything that wasn’t supposed to be funny.

Feature number two is a reel of 20 minutes worth of interviews with a priest from around the time of the 1973 release of the film. He was one of Blatty’s college professors, and recounts any number of the writer’s youthful shenanigans. But he also played an integral part in the writer’s research. As he talks, he offers insights into actual exorcisms, and confirms how thorough and committed Blatty was to capturing the reality of the horrifying process. Listening to a priest adds a layer of authenticity to the film.

Oh, and did I forget to mention the 40-page booklet that comes with this Blu-ray of the “The Exorcist?” Well there’s that, too, as if you needed something else to sweeten the pot. What you get is a revised excerpt from Friedkin’s memoir.

If you’re a fan of “The Exorcist,” you really should consider picking up this 40th anniversary Blu-ray. 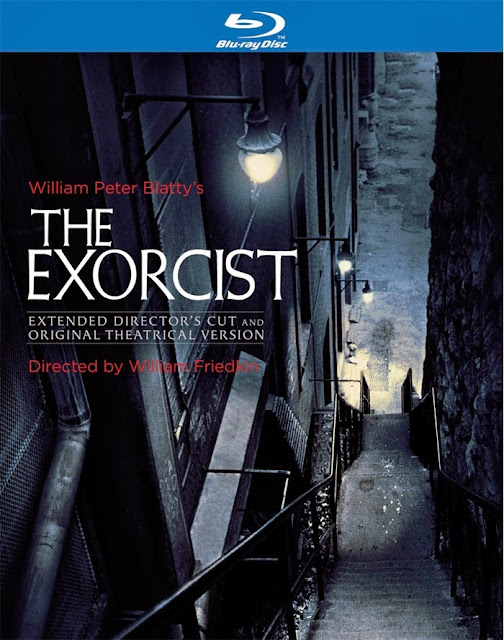 Posted by Brent McKnight at 1:54 PM