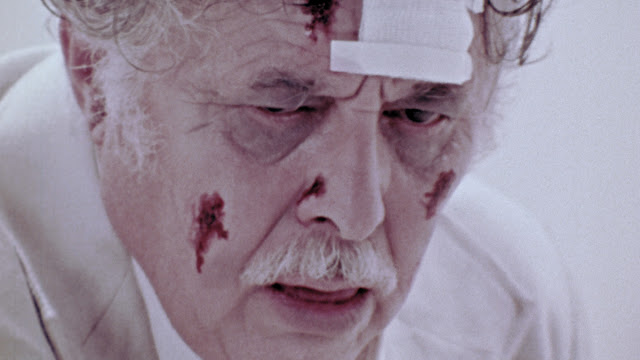 When you think you’re going to get a straightforward educational video but you hire George Romero for the project and wind up instead with a hellish nightmare. That’s exactly how The Amusement Park came into existence. And it is truly a demented feel-bad artifact.

In 1973, the Lutheran Society commissioned the Night of the Living Dead director to produce a script about ageism and elder abuse. It was strictly a work-for-hire gig. But the product they received…uh…did not go over well and they refused to release it because the content was too disturbing. Long thought lost, a print was recently discovered and now finally sees the light of day. 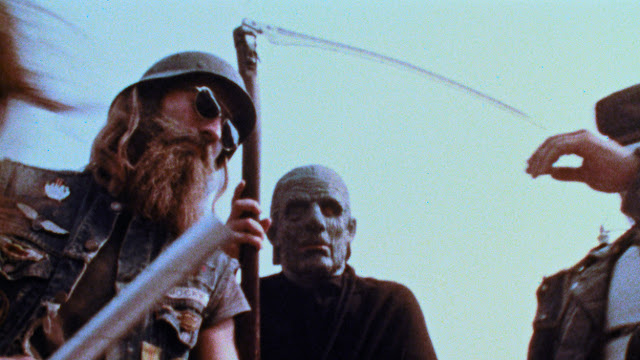 Looking at what Romero delivered, it’s easy to imagine why his employers weren’t thrilled with his output. A little less than an hour long, the film follows and old man who thinks he’s in for a fun day at the amusement park, but instead finds himself subjected to all manner of torments, degradation, and horror, primarily based on his age. The park denizens abuse, ignore, and use him at every opportunity.

What Romero turned in does play like a surreal death dream. There are slum lords, corrupt religious figures, indifferent family members, and peril at every turn, including elder-hating bikers. The film uses immersive techniques to place the viewer in the midst of shambling throngs of senior citizens. A bevy of off-kilter flourishes belie a bleak, cynical stance. 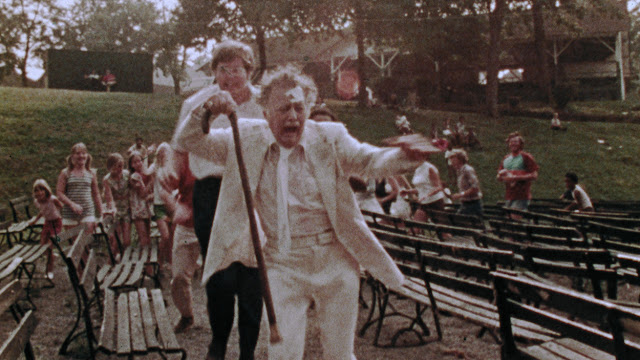 As dour and pessimistic as The Amusement Park is, however, that’s not all on Romero. Yes, he uses it to indulge some of his traditional thematic proclivities—he jabs at organized religion and social safety nets that routinely fail the most vulnerable, and true for form, uses the opportunity to craft a scathing indictment of prejudice, class, and capitalism. But a lot of that exists in the script.

The park, a now-defunct real-life amusement park, stands as a metaphor for old age, rickety and breaking down, and the material carries a weird dream logic throughout. Romero gives it an unsettling sheen for sure—there’s an almost slapstick, silent-movie-comedy feel, only played for terror—but what he had to work with was already plenty uncomfortable before he shot a frame. 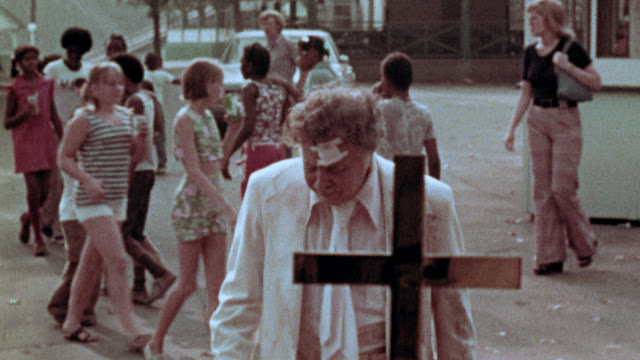 Filmed around the time of Season of the Witch and The Crazies, despite the more industrial trappings, The Amusement Park plays like Romero’s attempt at dark magical realism. It’s a sinister parable, a bizarre unearthed artifact, and a spectacle to behold, both for fans of the godfather of the modern zombie as well as distressing cinematic oddities. Thanks, Shudder.