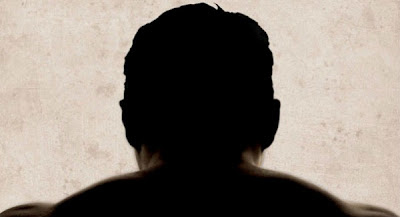 Michael R. Roskam’s Oscar-nominated crime film “Bullhead” begins with a voice over prologue. This one line sums things up: “One thing is for sure, you’re always fucked.” With that single statement the mood is set, and you know that the characters are going to be caught in a web they can’t escape from. Call it destiny, call it fate; whatever it is, it has its claws in deep and isn’t about to let go. “Bullhead” is a story of revenge, of a tormented past, of trying to make sense of things that make no sense.

Jacky (Matthias Schoenaerts) is a strong-armed cattle farmer. Jacked up on steroids, pumped full of hormones, Jacky pushes his way through a life full of secrets, shady deals, sharp bursts of violence, and the ever present repercussions of a traumatic childhood event. Watching Schoenaerts you can’t help but think of the first time you saw “Bronson”, and how you looked and Tom Hardy and knew that you’d be seeing him again. This is that kind of intense, star-making performance.

Jacky barely says a word, but he doesn’t need to. He is constantly equated to the creatures that surround him. Visually he is a beast of a man, a formidable specimen with a lumbering gait—he doesn’t move quickly, unless he’s pushed, because he doesn’t need to. Because of his penchant for violence, he is referred to numerous times as an animal. When an arrangement goes sour, a cop gets killed, the pressure starts to build on Jacky and company, and fate rears its ugly head again. Jacky is indeed fucked, but he won’t be dragged away without a fight.

Roskam perfectly captures the tone and feel of Belgian cattle country. Wide sweeping shots are juxtaposed with tight, compact images of polluted industrial sites. At first this feels like a nature versus business, city versus country type of set up. Then it dawns on you that the fields you’re seeing are just as artificial and developed as any shipping hub, or as Jacky’s chemical filled body. There are endless rows of crops and feed. Nature doesn’t grow in straight lines, and people put all of the nature here in the ground by hand.

At its core, “Bullhead” is the story of Jacky’s search for a missing piece. He is incomplete, in both a literal and figurative sense, and his secrets are revealed as the plot drifts back and forth in time. Jacky learned things young; he learned steroids and hormones young; he learned crime young; and he learned violence and pain young. In a way he was never allowed to grow up, illustrated by his fixation on a childhood crush. While there are elements that you may feel like you’ve seen before, it is a unique take on a twisted crime story that asks the question of what it is to be a man.

Both Roskam and Schoenaerts are immense talents, ones that will hopefully be brining similarly powerful work to the screen for years and years. “Bullhead”—which happens to be Roskam’s debut feature—is one hell of a start for both men, and you’ll want to see where they go from here.

Drafthouse Films has put together a great looking package to surround “Bullhead”. The film looks great, and the disc comes with more than three hours worth of bonus material. It includes the behind the scenes making-of documenatry, audio commentary with Roskam, and interviews with both Roskam and Schoenaerts. Schoenaerts looks way different not all bulked up.

The extras also include Roskam’s short film “The One Thing To Do”, which also stars Schoenaerts. You get a digital copy of “Bullhead”, and a 16-page booklet that includes essays by Michael Mann and Udo Kier.

Posted by Brent McKnight at 7:44 PM