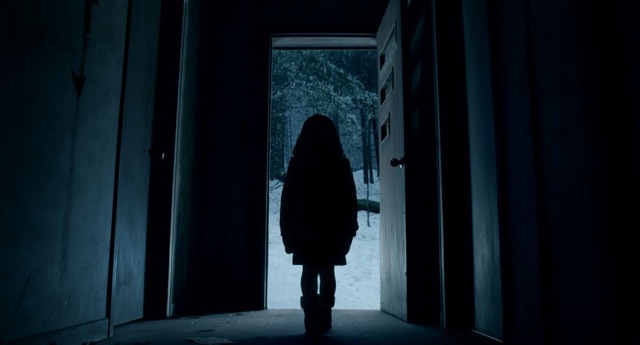 On the surface “Mama”, the new ghost story produced by Guillermo del Toro, has a number of things going for it. Two strong leads—including a gothed-out Academy Award nominee in Jessica Chastain, and “Game of Thrones” Nikolaj Coster-Waldau—a spooky, unsettling atmosphere, and kids, which we all know are inherently creepy in a horror film. Unfortunately, this never amounts to anything. Watching the movie, you look at the characters and mutter, “don’t do that, don’t do that, don’t do that. Oh look, you definitely went and did that.” You spend most of the movie questioning why people do what they do, and being frustrated on their behalf. Because why wouldn’t you check yourself out of the hospital after waking up from a coma, drive deep into the woods, and visit a creepy, ghost-infested cabin, all with no flashlight?

Based on a short film, “Mama” is nothing if not predictable. Purporting to be about a mother’s obsessive love, the plot follows a bland, paint-by-numbers trajectory, and in the end you walk out of the theater thinking, really, that’s the ending they went with? Even the ways writer/director Andrés Muschietti attempts to frighten you and set the mood are nothing more than tried and true, and in this case tired, genre tropes. Seemingly every overhead light flickers in ominous fashion—or maybe no one pays their electric bill—spirits bend over backward like some sinister crab creature as they do in every horror flick anymore, and the swelling, dissonant score really wants to be Danny Elfman, but never has that much character. The crowd at the screening laughed at “Mama”, a lot.

It’s a shame, because there’s potential in “Mama”. A father murders his estranged wife, kidnaps their young daughters, and disappears into the woods. After driving their car off of a snowy country road, the family stumbles upon a ramshackle cabin in the woods, where a ghost promptly eats dad before he can kill his kids. Five years later, the guy’s twin brother Lucas (Coster-Waldau) still searches for his lost family. Well, he’s not out looking for them himself; he outsources the dirty work to a couple of hill people. Lucas is too busy scraping out a meager living as a vague sort of artist. You can’t help but theorize that the only reason he’s an artist is so that later in the film he can draw a picture of a spooky lady only to realize she’s the ghost. Meanwhile, Lucas’ wife Annabel (Chastain) plays in a rock and roll band. She’s edgy. You can tell because she wears dark colors, dyes her hair black, and has a Cthulhu-themed tattoo on one arm.

Low and behold, just as Luke’s money runs out, the redneck search party stumbles upon the aforementioned cabin. And guess what? The girls—Lilly (Isabelle Nélisse) and Victoria (Megan Charpentier)—are still alive, having been fed cherries by the friendly ghost of a crazy suicide, a crazy suicide named Mama. They may be feral, covered in mud, and skitter about like spastic forest creatures, but all things considered, they’re not so bad off. When the pair comes to stay with Luke and Annabel, however, bad things happen. Turns out that Mama, who lives in walls, is the possessive, jealous type.

There are some questionable plot choices, like how it took five years to locate the girls, even though all the while the car was literally just off the road, down a slight embankment. And people act like the cabin is in this super remote bit of wilderness, even though it’s close enough to the main highway for a wounded man with two small children in tow to stumble to in the middle of a blizzard. Then there are the obvious plot devices. There’s an evil mother in law who wants custody of the girls, and a shady psychiatrist that is more concerned with how to turn this situation into a best-selling book than with the welfare of the kids. Their intentions, as well as their ultimate fates, are apparent from the word go.

The acting is strong in “Mama”, but the performers aren’t given much to work with. Lucas is one-dimensionally perfect—dreamy, sweet, and willing to drop everything to help his family. Chastain is good as always, and Annabel’s reluctant mother figure who forms an uneasy bond with the two damaged kids is definitely the meatiest part in the film. Both of the young actresses are terrific and spooky. Victoria is the elder of the two, and retains more of her previous connection to the world. Lilly, on the other hand, is a child of nature. She communicates in a series of guttural noises, sleeps under her sister’s bed, and refuses to sit at the table, choosing instead to hang out on the floor, eating with the family wiener dog. When the girls are supposed to be untamed and wild they’re groan inducing, but as frightened children confronted by new, threatening situations, they’re fantastic.

All of this, coupled with a cool, stylish presentation should be enough to at least recommend “Mama”, but the movie never coalesces into anything greater than the sum of its parts. There are a handful of moderate jump scares, but lackluster digital effects and an artificial, and underdeveloped, story keep the film mired in mediocrity.
Posted by Brent McKnight at 7:20 PM