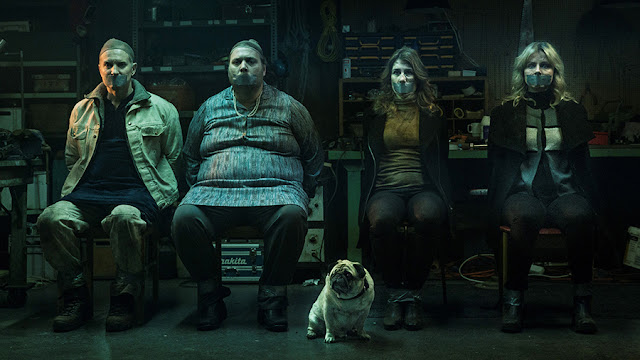 You ever get drunk, order a bunch of shit online, and be totally surprised when it arrives? What do you do when the unwanted package shows up on your doorstep? That’s what happens to sex-obsessed blue-collar BFFs Edward (Ulrich Thomsen) and Ib (the perfectly named Nicolas Bro) in Danish director Ole Bornedal’s black comedy Small Town Killers. Only instead of a box of movies or a questionable clothing item like a man-romper, they order a Russian hitman to kill their wives.

Small Town Killers slips easily into the same family as fellow outrageous Danish comedies like Klown (another SIFF alum) and Men & Chicken. It gives absolutely zero fucks in its pursuit of anti-PC laughs. That makes for occasional bouts of glorious hilarity, especially as Edward and Ib bicker with their respective significant others, Ingrid (Lene Maria Christensen) and Gritt (Mia Lyhne), or try to contain the lush of an assassin they hire (Marcin Dorocinski). And no dainty wallflowers content to be hunted, Ingrid and Gritt take matters into their own hands with similarly hysterical results. 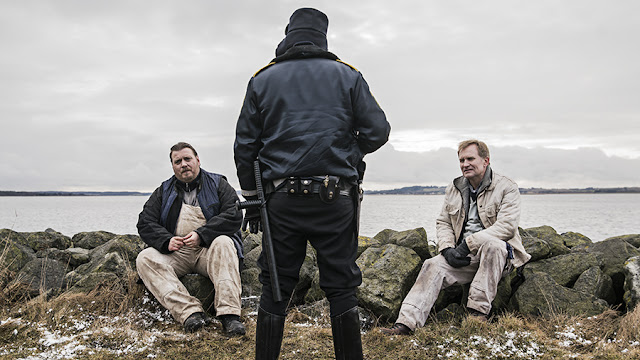 On the other hand, the script also falls too frequently back on gay and trans panic jokes, and racist caricatures that are just lazy and cheap instead of shocking or outrageous. It’s like Brendal, who also wrote the script, knows it will get an easy rush of laughter from a crowd in a theater. For every few I-can’t-believe-they-just-said-that moment, there’s at least one that shrugs off.

With a romantic core lurking beneath the surface debauchery and mayhem, Small Town Killers broadcasts it’s conclusion well in advance. Still, the journey is off-the-wall enough to be worth taking. The two duos have a strong chemistry—both together and separate—and with raucous, morbid humor and a brisk, 90-minute runtime, while it’s ultimately disposable, Small Town Killers is easily watchable. And there’s an adorable pug, which always helps things out. [Grade: B-]