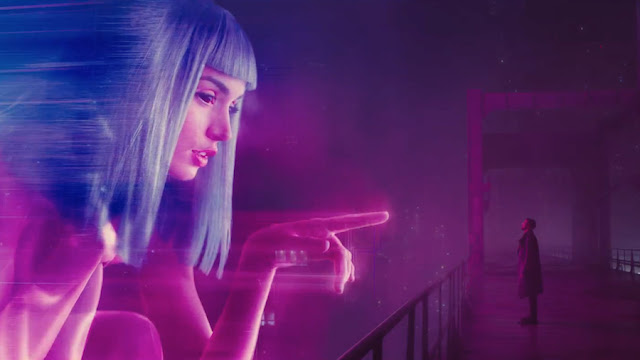 I’m admittedly skeptical about things like sequels to game-changing classics that arrive, I don’t know, let’s say 35 years after the original. In most cases, I’d rather Hollywood leave well enough alone, but since that’s never going to happen, at least we can hope these movies are good. And holy shit, does Blade Runner 2049 look good. Check out the new trailer below. Any lingering skepticism (very little at this point) I had just got blown to dust.

This Blade Runner 2049 trailer is gorgeous, esoteric, and does what any good trailer should do, which is make me want to watch the fuck out of this movie right goddamn now.

It’s no shock that Blade Runner 2049 looks incredible. With Denis Villeneuve at the helm and Roger Deakins on the camera, an ugly picture would be the surprise. But good lord, the director and cinematographer look to be firing on all cylinders. And that’s a very, very good thing for movie fans, sci-fi fans, and really just the human race as a whole.

This trailer doesn’t reveal much about Blade Runner 2049, and I’m fine with that. Still, they hammer hard the “what does it mean to be human?” question at the center of the first film, as well as the Philip K. Dick novel on which it’s based. (Is Ryan Gosling going to give Harrison Ford a Voigt-Kampff test?) We’ve got Jared Leto as a cloud-eyed guru/business mogul of some sort. Robin Wright is working it hard. Dave Bautista has comically tiny future glasses. Hell, there’s even an Atari logo thrown in for the hell of it.

Here’s a synopsis. It doesn’t say much either, but it offers an idea of the overall plot:

Officer K (Ryan Gosling), a new blade runner for the Los Angeles Police Department, unearths a long-buried secret that has the potential to plunge what's left of society into chaos. His discovery leads him on a quest to find Rick Deckard (Harrison Ford), a former blade runner who's been missing for 30 years.

I’ve said it before and I’ll say it again right now, I’m way, way into Denis Villeneuve’s recent foray into science fiction. As long as he wants to splash around in this end of the pool, I’m more than game to continue watching. Arrival was one of the best movies of 2016, Blade Runner 2049 is one of my most anticipated movies of this year, and with his upcoming adaptation of Frank Herbert’s Dune, that’s a hell of a sci-fi trifecta.

Blade Runner 2049 hits theaters October 6. If you need me, I’ll just be watching this over and over until then.
Posted by Brent McKnight at 10:16 AM