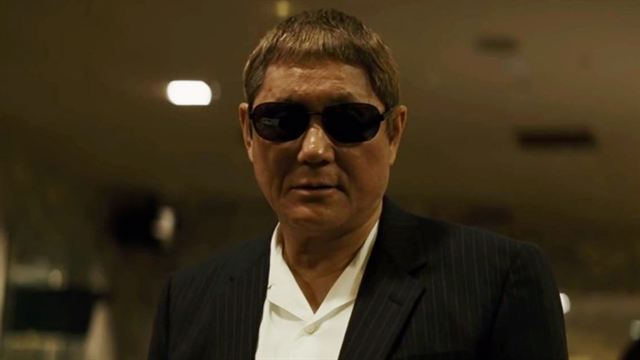 “Beat” Takeshi Kitano’s 2010 Yakuza opus, Outrage, is one of the prolific writer/director/actor’s (and comedian and author and painter so on) greatest feats. A grim gangster tale of honor, respect, loyalty, betrayal, intrigue, and corruption, it’s also darkly witty and bleakly comic. All of which plays through in the new trailer for the latest follow up, Outrage Coda. Check it out below.

Outrage Coda looks like Beat Takeshi up to his usual gritty tricks and it promises to be a wild time for fans as well as for the uninitiated. If you worried the multi-hyphenate was going to go soft in his old age (he’s 70), that’s obviously not going to be an issue here. This is a violent and nihilistic as ever. Goddamn, he’s so fucking cool, cut from a very Charles Bronson-y cloth of stoic, stone-faced badass with oceans of depth swirling below the calm surface.

The third Outrage movie, following 2012’s Beyond Outrage, Outrage Coda completes the trilogy. A new player has emerged on the Yakuza scene and unified most of the factions, much to the chagrin of law enforcement. And into this taut scenario strolls Takeshi’s Otomo, returning from his exile in South Korea and his time in prison, and you can bet he has some seriously ruthless shit on his mind.

Outrage Coda also stars Hiroyuki Ikeuchi, Nao Ohmori, Toshiyuki Nishida, and Pierre Taki. It’s slated to hit Japanese theaters on October 7. Many anticipate it will debut on the fall festival circuit ahead of that, though there’s no official word. Takeshi has a long history with the Venice International Film Festival (including winning both a Gold and Silver Lion and screening Beyond Outrage in competition at the 69th fest), so I wouldn’t be shocked to see him land in Italy again this year.

Posted by Brent McKnight at 1:28 PM