'Wheelman' Trailer: Frank Grillo Is Even Badass Driving A Car For Netflix 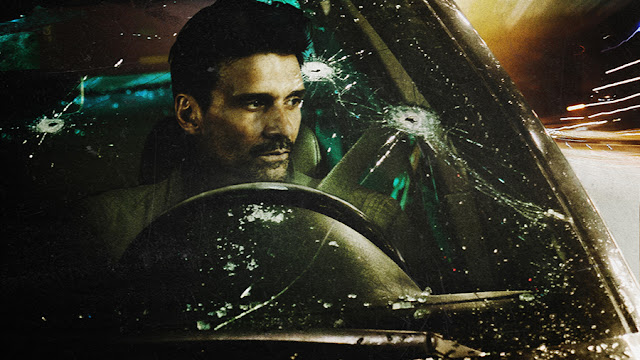 No one currently working does grim, stoic, throwback tough guy quite like Frank Grillo. And his talents look to be put to good use in the trailer for the upcoming Wheelman. Check it out after the jump.

Grillo pops up in big-budget Hollywood fare like Captain America: Civil War and a few other places in the MCU (not to mention Wolf Warrior 2, which made $870 million dollars this year), but it’s films like Wheelman and its ilk where he hits his stride.

This concept is pulled straight out of minimalist low-budget 1970s outlaw car movies. (The Purge: Anarchy falls in similar territory.) After a robbery gone wrong, a nameless getaway driver finds himself in a high-speed drive for his life, and the life of his family. We’ve got life-or-death stakes, a ticking clock, and most importantly, car chases galore.

Here’s the actual synopsis for Wheelman:

Frank Grillo (Kingdom, Captain America: Civil War) stars as the wheelman, a getaway driver thrust into a high stakes race-to-survive after a bank robbery goes terribly wrong.  With a car full of money and his family on the line, the clock is ticking to figure out who double-crossed him and the only person he can trust… his thirteen-year-old daughter.  All reasons to think fast and drive faster.

Wheelman played at Fantastic Fest recently, and a few people whose opinion I trust on this type of movie sang its praises, so I’m all in. Co-starring Garret Dillahunt, Shea Whigham, and Wendy Moniz, Jeremy Rush wrote and directed the film. Joe Carnahan produced, which, given the gritty action, feels appropriate.

Netflix will release Wheelman on October 20. You know what to do. Between this and Beyond Skyline, there’s a lot of Frank Grillo coming our way, and that’s just fine and dandy from where I sit.
Posted by Brent McKnight at 10:07 AM