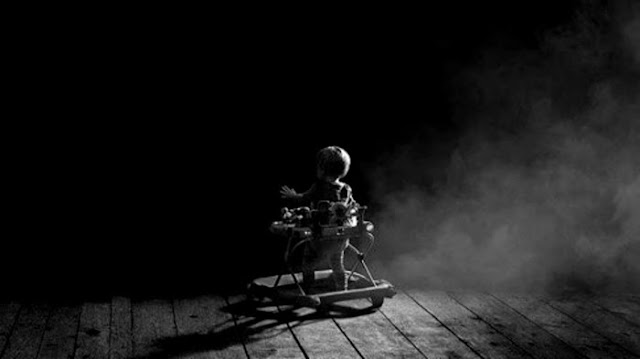 There’s an impulse with a lot of recent horror to reinvent the wheel. The logic goes that audiences have seen everything before, are hyper aware of the tools and tropes of the genre, and thus you have to do something new and shocking every time out in order to up the ante. Don’t get me wrong, I’m all for innovation and progression, unless the price tag is making a movie that sucks. With all of this new, new, new crammed down our throats, it’s easy to forget that the standards become standard for a reason, when used well, they can be used to create a movie that scares the hell out of you.

It’s ironic that director James Wan’s 2004 movie “Saw” played a large part in kicking off the glut of what some people call torture porn. His last few movies have eschewed over the top gore and Rube Goldberg style plots in favor of using the tried and true methods from an earlier generation of horror film. 2010’s “Insidious” was a nice throwback to spooky haunted house movies, and this summer’s “The Conjuring” borrows from both ghost stories and possession narratives to create one of the better genre offerings of the last few years. The future “Fast and the Furious 7” helmer is back at it again, revisiting territory already trod with “Insidious: Chapter 2.”

While it’s fun enough, especially considering that the latter part of 2013 has a dearth of horror movies scheduled for release, “Insidious 2” is too jumbled to ever fully deliver. At times Wan layers typical genre mannerisms for a nice effect. Ghostly forms pass in the background, doors creak open on their own, the piano plays an off key melody all by itself, and a the big, creepy house is sufficiently big and creepy. He also get some points for executing some narrative trickery, and there are individual scenes that are incredibly spooky, creating tension as well as delivering jump scares that leave nervous laughter echoing through the theater. You’re never bored, but the individual pieces, however, simply never come together like they need to.

The story of “Insidious 2” picks up the Lambert family shortly after their harrowing adventures in the first film. Unfortunately for them, their troubles are far from over. Mother Renai’s (Rose Byrne) nerves are already shot following their ordeal, and that’s not going to improve anytime soon, since, as we know from last time, it looks like something sinister tagged along when father Josh (Patrick Wilson) crossed into The Further to bring back their son. The family, including grandmother Lorraine (Barbara Hershey), splits off into multiple fragments, searching for answers, and it becomes clear that Josh and these spirits have a hidden history, one that his mother conveniently forgot to mention earlier. Wan and screenwriter Leigh Whannell do some nice work looping time back around on itself, showing events from multiple perspectives in a move that may or may not be an oblique nod to the “Back to the Future” movies. They do this within the movie, as well as the larger world they’ve created in the series, linking events from the two films, answering questions posed in the first.

The way the action splits leads to story threads that wander off, do their own thing, and exist almost in a vacuum. For instance, Josh drops the kids off at school while Rose attempts to soothe her frazzled nerves, but at the same time, Lorraine, Specs (Whannell), Tucker (Angus Simpson), and their new friend Carl (Steve Coulter)—an old pal of Elise (Lin Shaye)—search an abandoned hospital in the dark. Continuity issues pop up throughout, and more than once you’ll pull back and question the logic, or even plausibility of a particular choice the characters make. The holes aren’t gaping, but they’re apparent and problematic.

In the first chapter, Wan made good use of the bumbling paranormal investigating sidekicks Spec and Tucker. They popped in now and again to keep things from bogging down and getting too serious. If we had the time we could run down the list of classic horror films and haunted house stories that do the same thing. In the instance of “Insidious 2,” the script attempts to weave these characters and these instances more into the fabric of a scene, making them part of the horrific elements of the film rather than something that stands outside and separate. It’s a strategy that doesn’t work. Instead of moments of levity and laughs to lighten the mood, they’re always awkward and out of place, and ruin the tense atmosphere the rest of the movie works to create. Like the other problems, it isn’t a huge issue, but it is, occasionally, enough to curtail the momentum. Adding all of these lesser evils together illustrates why “Insidious 2” never quite gets there.