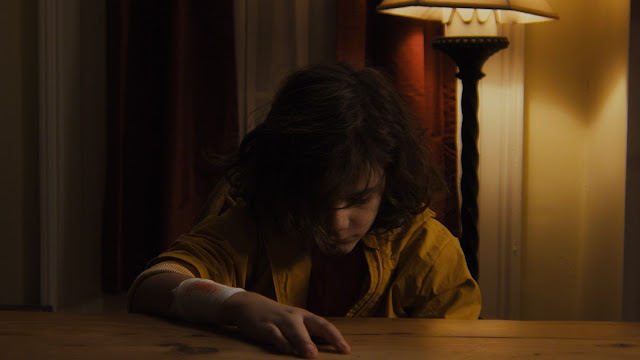 UPDATED: The first 60 minutes of This is Our Home are a solid exercise in escalating tension, the deterioration of a relationship, and creeping psychological dread. For a movie that’s only 73 minutes, with credits, those don’t seem like bad odds. But damn does director Omri Dorani’s film hit a wall at that point. You can practically hear the screech of tires as all forward momentum comes to a sudden halt.

Up to that point, it’s slight, but effective meditation of grief and loss and a couple trying to salvage their relationship. It’s minimalist and made with a shoestring budget, but it’s well acted for the most part, narratively interesting in construction, and wonderfully edited. 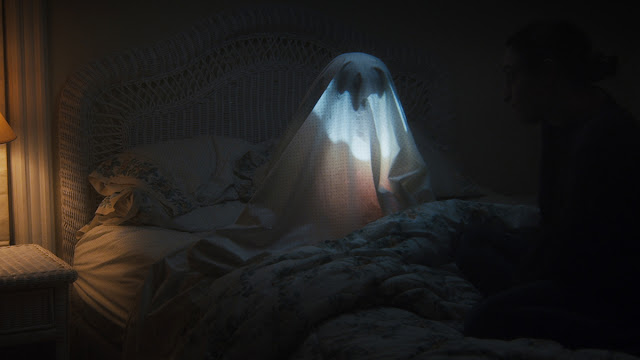 The key problems is that the story comes to its logical, if gnarly and unhinged, end at roughly the hour mark. What follows is empty filler that takes up space and feels like a ploy to stretch the run time to hit the minimum requirement for feature length. Multiple static shots drag out for twice as long as necessary and the final four minutes are a single unbroken shot of two characters walking down the side of a road. Not talking or doing anything, just walking. It’s a frustrating juxtaposition when so much was so good.

A young couple, Reina (Simone Policano) and Cory (Jeff Ayers) go away for weekend in the country. They obviously have problems and this is what feels like a last-ditch attempt to fix them. Things take a dark turn, however, when a young boy (Drew Beckas) shows up on their doorstep in the middle of the night claiming to be their son. 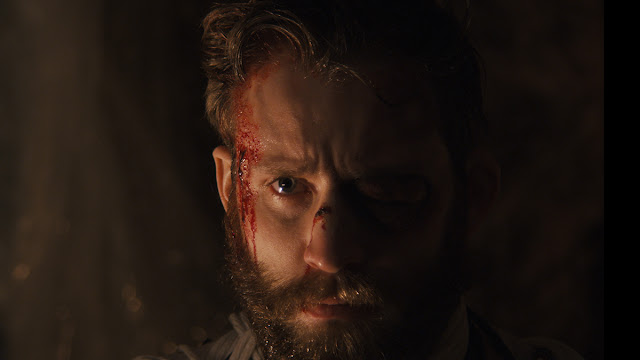 From the beginning, Rob Harmon’s script gradually increases the tension and pressure on the couple. On the drive, their car gets a flat and a couple of locals show up and insult Cory’s manhood. An ominous air hangs over everything and a threatening feeling looms large, a sensation that never dissipates. The film cuts back and forth, from the current time to an earlier one, almost in a dream logic kind of way, progressively parsing out what happened and how they got there.

A mix of eerie haunted house tropes, a few home invasion flourishes, and familial horror, there’s a definite Hereditary vibe. It uses genre trappings as a metaphor for people dealing with unimaginable trauma and crushing despair. There’s also a strong Shining influence as well, both in a place driving someone to the brink of madness and in the way cinematographer Thomas Taugher (Fruitvale Station) frames and films the action. 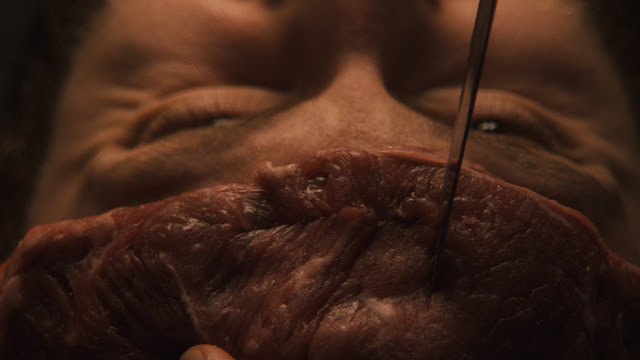 Even before the precipitous drop off, there are still some ups and downs. Policano and Ayers do a nice job selling their bond and their wounds, which both bring them together and push them apart. With a total of five actors and one real location, this is an example of filmmakers getting a lot out of incredibly limited resources. The child actor can be distracting. It's actually incredible he's here at all. Beckas was diagnosed non-verbal autistic at two-years-old, so even learning to talk has been a huge undertaking. It's wonderful the filmmakers included him in the process and were willing to work with him. That said, he doesn't quite fit with the tone of the surrounding film. The character is supposed to be unnerving and spooky, discomforting and creepy, but it doesn't play that way.

There’s a great deal to like about This is Our Home. The narrative design, unsettling atmosphere, two of the performances, and the general aesthetics—Reina is studying to be a brain surgeon, which leads to a few fantastic, off-kilter moments with meat and scalpels. With a low-to-no-budget movie, you don’t have the luxury of reshoots and additional time—if you don’t have it, you don’t have it. But though there’s a ton of potential, it’s never realized, and the film never feels complete or fully developed. [Grade: C+]

Check out all of our Brooklyn Horror Film Festival 2019 coverage here.

Posted by Brent McKnight at 9:58 AM

The feel of this film pulls me in. I have so many questions & can't wait to watch to find out. A little 'The Strangers" vibe from the trailer. Cinematography seems a perfect compliment. Now the little boy�� is very interesting & I want to get caught in his web. The young boys look is eerie in a hold my breath kinda moment when you aren't sure what to expect from him & his mannerisms as well as his speech males me want even more. The young boy definitely gives off a creepy & teetering malevolence.

Dont watch this movie. Honestly it made no sense at all. Me and my family were very disappointed

This movie had an interesting vibe to it at first. I really feel the creators gave up once the kid showed up. Almost like they completely through in the towel. Or they was all trippin on some good shit and just decided to act freely. In other words, about 10 mins of the movie was decent and the rest was garbage. I seriously felt my brain blow out it's own tire and could relate to the guy throwing the tire iron into the woods. Wtf? Can I please get back them 73 minutes of my life??

Pyshcological thriller or not. Whatever you want to call it, this was damn sure a waste of time. If I'd have known I'd have to investigate and try adding up every part after the kid shows up, I would've just watched CSI Miami. Definitely a low budget no cap

This has to be the worse movie I’ve ever seen that I actually watched all the way through. The story line was terrible I give it 4 thumbs down

Definitely the worst movie I've ever watched. Even if it were a low budget movie they could have added many things to make it more interesting. For example they could hint that the boy was not real and imaginary or sent by the wife to get revenge from her husband. But this was a total waste of time (N)

this shit pure garbage. No real explanation, no reasoning not even a good climax or a good ending. I mean, who's really writing and directing and producing this piece of caca. So disappointed, please don't ever make a film again

The most stupidest movie ever & I've seen some horrible ones, but this was the slowest & just pathetic. I mean the scene at the end when Corey was sitting in the chair the camera was on him for so long, & then the 2 of them walking. What was the sense of making this movie, I rented it, just a waste of time & mone .

Make no sense, no story at all, no moral...its just damn movbie with ugly actress

Waste of Time. This movie makes absolutely No sense. I wouldn't recommend to Anyone.

I really liked and enjoyed this movie.. it was dark, and had a twist to it.. I love movies when you don’t know what’s going to happen next.. please keep making movies.


Why say, “Don’t watch this movie?” Leave it up to the viewer whether they want to watch it or not. If your post is intended to dissuade the viewer from wasting time/money, at least give a valid explanation as to why they might regret watching it, rather than saying you and your family didn’t like it - what you dislike might just be someone else’s cup of tea.

I’m totally confused from the very beginning. So the wife (gf ?) is obviously pregnant, although the scene cuts away before she shares this fact. The next scene shows them picking out baby names. Then in the totally unexplained next, she’s in the car, obviously upset, and the husband/bf (whatever), says, “Thanks for doing this.” Soooo - did he talk her into an abortion? Why are we left to decipher this? Nothing is explained nor even give flashbacks/backstory...I agree with another commenter - if I want to figure everything out, I’ll watch ID Channel.

What an absolute load of shit. Made no sense at all and a complete waste of time.

Waste of time watching this