'Take Me To The River' Movie Review 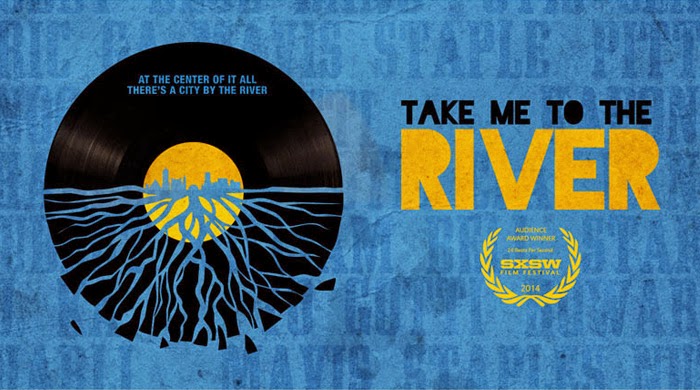 There is a great deal to like about Take Me to the River, the new music documentary from record producer, Memphis native, and director, Martin Shore (he also produced Snoop Dogg’s Hood of Horror). It’s an enthusiastic love letter to the Memphis Sound typified by the likes of Booker T. and the MGs, B.B. King, and Stax Records, studded with legendary musicians whose influence is still felt across popular music, and features an incredible soundtrack. Unfortunately, it also too closely resembles the energetic, improvisational jams these artists stage in the studio. While those sessions result in full songs, some of the most memorable, iconic tunes in music history, this film never coalesces into something greater than a collection of mildly interesting pieces.

The film loosely follows a project envisioned by Shore and a handful of co-conspirators as they pair the legends of Memphis rhythm and blues—the likes of Bobby Blue Bland, Skip Pitts, the Staple Sisters, William Bell, and countless others—with contemporary artists. Framed as an attempt to preserve the soul of the scene, and to pass it on to a new generation, it wants to capture the zeitgeist of a particular time, place, and movement, but is too scattered and messy.

When it works as a celebration of the music and culture of the place, and the influence these artists had—the list of records these individuals played on in is a damn near endless hit parade—is when the film is strongest. Better than anything, Take Me to the River serves as a memorial for a generation that is, sadly, losing key members left and right. More than once, after a segment with one artist or another, words appear on screen informing you that this was their last session. At its best, Shore’s film captures the vibrancy and energy of the Delta Blues scene from its earliest days into the modern age.

And while watching these men and woman in what most closely approximates their natural environment, a collaborative recording studio where, in shockingly short periods of time, they come together to crank out fantastic new recordings, the film never follows suit. It touches on many topics, but never delves into any of them. You get hints of the digital versus analog debate, ideas of changing times and technology, and teaching future generations, but all of these are only briefly mentioned and stitched together in a haphazard, uneven manner that belies a lack of larger storytelling prowess.

The closest Take Me to the River comes to having a cohesive narrative is when it discusses race and the civil rights movement. In that era, many of the artists went out of their way to give their songs deeper political sentiments. Stax Records itself was, at the time, the third largest black-owned business in the country, as well as what one interviewee refers to as an “integrated musical utopia,” where, regardless of the color of your skin, if you had the chops, you were welcome. The music industry as a whole was one of the biggest employers in Memphis at this time, and the city, of course, holds a notorious place in the annals of the civil rights movement as the place where Martin Luther King Jr. was assassinated in 1968.

For a moment, approximately halfway through the film, you think it’s finally going get it together and develop into something with a more fully formed idea with a  focused narrative thrust. They draw parallels between musicians in the 1960s and modern hip hop artists that play music as a form of survival in a hostile environment, and even touches on the institutional, systematic racism that ultimately led to what founder Al Bell calls the “economic lynching” of Stax Records.

But this, too, falls by the wayside in the muddle of sessions, picturesque shots of the Mississippi River, and what is unfortunately shoddy production value otherwise. Static shots lose focus in the middle, and still frames bounce as if someone bumped into the camera as they were filming. All in all, this feels like something you’d see on public television, or possibly on one of those obscure VH1-esque music channels that dots basic cable.

Terrance Howard (Hustle & Flow) shows up from time to time as a kind of host, and participant in one of the sessions, and his sporadic presence exemplifies the larger structural issues of Take Me to the River. He’s there, then disappears for long stretches. He pops up and you think to yourself, oh yeah, he’s in this. But before long he’s gone again, and his overall presence never amounts to much.

The same can be said of the film as a whole. Thematic threads appear and disappear, and though the enthusiasm and obvious passion for the topic is there, and you can respect and get behind the intention of preserving and passing on an incredible musical legacy, there’s not much else to sink your teeth on. Hardcore musical historians, as well as fans of devoted fans of the Memphis Sound, may find things to hang their hats on in Take Me to the River—it is an interesting document in that sense, and full of unforgettable music—but as a movie, it is never in tune and lacks a larger significance. You might just be better of buying a copy of the soundtrack.

Posted by Brent McKnight at 6:27 PM