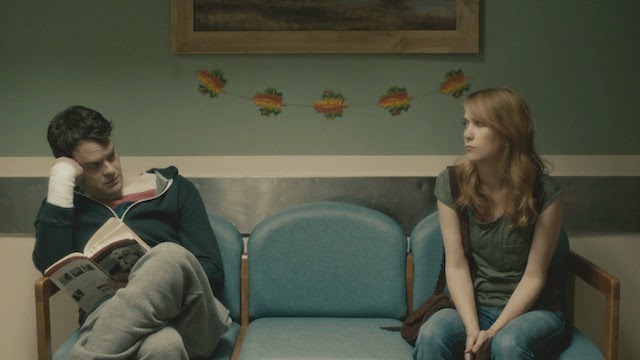 No one blows up your life quite like family. No one knows how push every button, pick at every scab, or tear open every old wound like the people who are supposed to love you the most. But even though no one can destroy you like family, no one can lift you up and piece you back together quite like they can, either. That’s the central theme in Craig Johnson’s new dramatic comedy The Skeleton Twins, which offers its two leads an opportunity to redefine the trajectory of their careers.

Considering that the movie stars Kristen Wiig and Bill Hader as Maggie and Milo, a pair of dysfunctional twins, you can be forgiven for expecting this to be a comedy with dramatic elements. But while there is a blackly comic streak—I don’t think it’s physically possible for these two to be in a movie without at least a few laughs—that’s not the primary concern. The estranged siblings haven’t spoken in ten years and live on the opposite edges of the country. When we first meet Milo, he’s crawled into a bathtub to slit his wrists. 3,000 miles away. When Maggie’s phone rings with the news, she’s about to swallow a handful of pills and end her own life.

The greatest feat that The Skeleton Twins pulls off is that with two central characters that are this pathologically miserable, so profoundly wounded and broken, the movie never bogs down in sadness and depression. Wiig and Hader are the real reason for this, as well as the primary reason to watch. While the story of reconnection and the actual nuts and bolts of the plot are predictable and generic, their characters and performances make up for that. 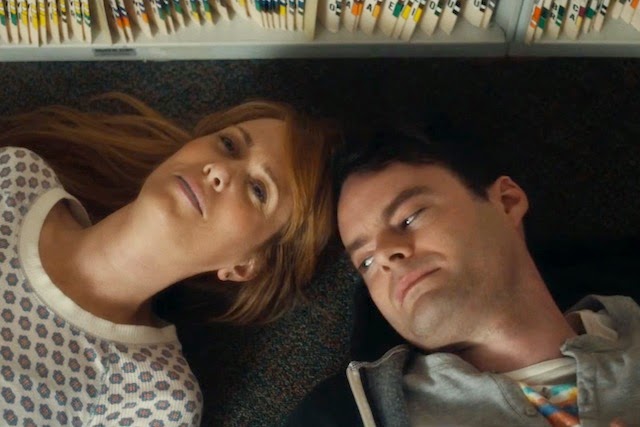 Milo is a hot mess, but when Maggie brings her brother to stay with her and her husband, the well-meaning Lance (Luke Wilson), it becomes clear that that though, on the surface, her life is perfect, the mundane normalcy masks a dysfunction every bit as deep as her twin’s. Her implosion is much quieter, less of an overtly dramatic showcase than her brother’s. He’s the extrovert, the performer; she’s the introvert, the one who suffers in silence. Compared to a big, dopey Labrador, Lance is always pumped, always psyched. Though they’re trying to have a baby, Maggie hides birth control in a basket of decorative soaps, and she lusts after her hot Australian scuba instructor.

Wiig continues to surprise me. Prior to Bridesmaids, I wasn’t a fan. I couldn’t stand her or any of her characters on Saturday Night Live and every time she popped up in a movie, it always took a sharp turn south. Since then, however, I’ve grown quite fond of her. She’s playing characters that are funny and developed, not just flat, stock types like before. The Skeleton Twins gives her the opportunity to show a totally different side of her skill set. This isn’t the first time she’s played a relatively straight character, but she’s never done anything this dramatic, and she totally kills it. Not only is she damaged and scarred, she’s loving and petty and funny and sad, basically a complete, well-rendered human being, capable of wonderful and terrible things at the same time, as we all are.

The Skeleton Twins is a simple story of two people reconnecting and trying to figure out just how the hell they’re going to make it through the next day, let alone the rest of their lives. When it lets Wiig and Hader do this, that’s when it’s the strongest. Hader isn’t always 100% convincing as a gay man—at times hints of his over-the-top SNL character Stefon creep in on the edges—but watching the twins huff nitrous oxide together and bond while laying on the floor of a dentist’s office, or lip sync Starship’s “Nothing’s Gonna Stop Us Now,” smooths over most of those issues. Everything outside of their relationship, including Milo’s attempts to rekindle a complicated, life-defining romance with a closeted ex (Ty Burell), is, unfortunately, a distraction from the strength of this core.

Some of the events may be cliché—like the siblings going through a box of old stuff and being reminded of formative events from their youths—but a ton of earnest energy more than fixes that. The film never sinks into cynicism, which it easily could have at many points, nor is it ever trite and overly simple. These are people with serious issues that can’t be swept away and easily fixed in the course of 93 minutes. Much to its credit, The Skeleton Twins never tries to answer everything for these individuals, but looks to provide them the tools and support system they need so they might be able to do that on their own. Funny, touching, and heartfelt, this is a fantastic vehicle for its stars, and a moving portrait of the various things family can mean.

Posted by Brent McKnight at 3:07 PM