'The Internet's Own Boy' Movie Review: Moving And Maddening In Equal Measures 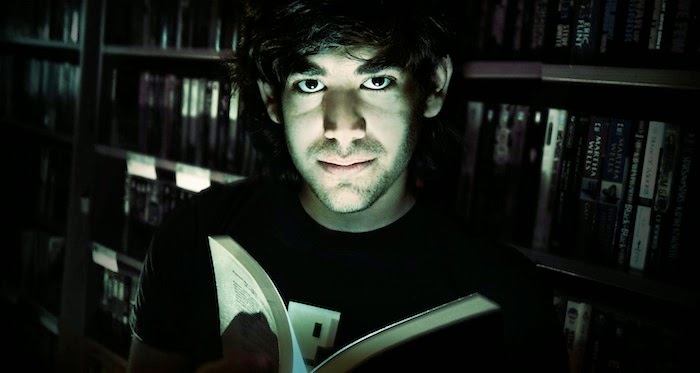 With the ever-increasing prominence of the Internet in our daily lives (how many simple, routine tasks are now accomplished solely digitally?) it brings up a whole slew of new problems and issues. It’s also created a whole new approach and area of activism that was once both inaccessible and unnecessary. Brian Knappenberger’s new documentary, The Internet’s Own Boy, explores one figure in the push for digital equality, Aaron Schwartz, who not only championed parity across for all across the web, but paid the ultimate price for his efforts.

A bright, precocious child who shocked his parents by teaching himself to read, Schwartz is most known for the role he played in creating mega-site Reddit, but that is only the smallest sliver of his legacy. Involved in coding and developing the future of the Internet from an early age, like at 13 and 14 he was sitting on panels, providing groundbreaking insight, and working to develop RSS, he walked away from the business, start-up world and never looked back. Instead of trying to profit where he very easily could have, he threw himself into making sure that everyone had equal access to the information online, and that the world wide web became the egalitarian tool that it could be.

Surprisingly engaging and emotional for a film comprised exclusively of talking head interviews, with a small bit of archival footage thrown in for good measure, The Internet’s Own Boy maps the arc of Aaron’s tragically short life. The film paints a portrait of a gifted, principled young man with the kind of conviction that this world woefully lacks.

Schwarz was whiz kid who felt everything at a deep, core level—that sensitivity both drove him and ultimately contributed to his suicide at the age of 26. A representative of a new, changing world, he clashed with the established order about access to information. His life was devoted to ensuring that public records were indeed public, not just available to those who can afford them, and liberating, or stealing depending on your stance, thousands of publicly funded academic documents, put him in conflict with the law. Facing significant jail time, but unwilling to take a plea deal that would have meant only a few months inside, but also pushed the issue aside, he began a downward spiral that led to him taking his own life.

Through stories with family, friends, co-conspirators, and compatriots, you get a picture of the man and his passions, not as disparate entities, but as a single unit, as it was impossible to separate the two. This is a standard, straightforward documentary that doesn’t do anything particularly interesting structurally or narratively, but it’s still fascinating, not to mention maddening, because the subject is so captivating.

Schwartz was a brilliant young man who, while everyone else is concerned with cashing in, just wanted the playing field to be level, truly level, for everyone no matter where they live. The fact that his potential was so obvious, there’s no telling what he could have accomplished had his life continued, and that he was so important to so many on every possible level—personal, professional, political—makes his death sting that much more, even to those who never met him.

The Internet’s Own Boy not only exhibits the questions and problems Schwartz sought to answer and overcome, but it makes the audience feel them too. This is one of those rare movies that both moves and outrages you, enticing you to actually do something about the problems laid out in a scant 105-minutes. It may not be the most exciting, sexy documentary out there, but it makes you feel its subject deeply, which is what you really want out of a film like this.