Through Kurt Russell into a western and you’ve got our attention. Throw him into a horror western, and it’s like you’re reading our damn mind. And that’s just what we have with S. Craig Zahler’s directorial debut Bone Tomahawk, which, in addition to Russell, has an awesome cast that also includes Patrick Wilson, Sean Young, Matthew Fox, and Richard Jenkins. The film just revealed an awesome, throwback style poster, check it out below.

Bone Tomahawk follows an outlaw who unknowingly leads a band of cannibalistic Troglodytes into the peaceful western town of Bright Hope. When the monsters kidnap several settlers, including a rancher’s wife, a small rescue party consisting of the injured rancher, the sheriff, his aging deputy and a strong-willed gunslinger, journey into hell to try and rescue them. They soon find themselves in dark unknown territories where savage inbreeds armed with the ultimate weapon leave no hope of survival.

No word on when we might set eyes on Bone Tomahawk, but you can bet your ass we’ll be keeping an eye out for this one. 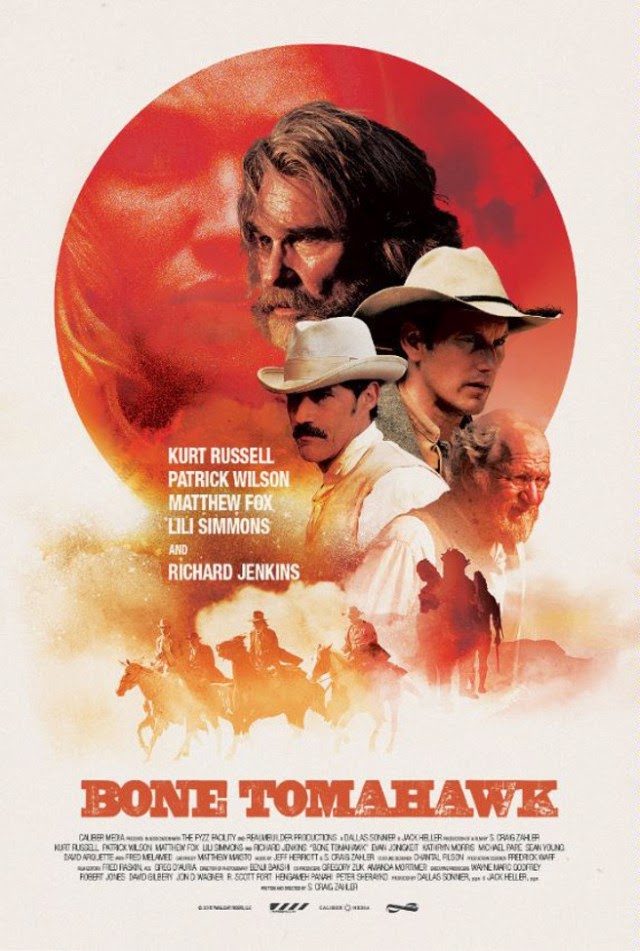 Posted by Brent McKnight at 8:52 AM