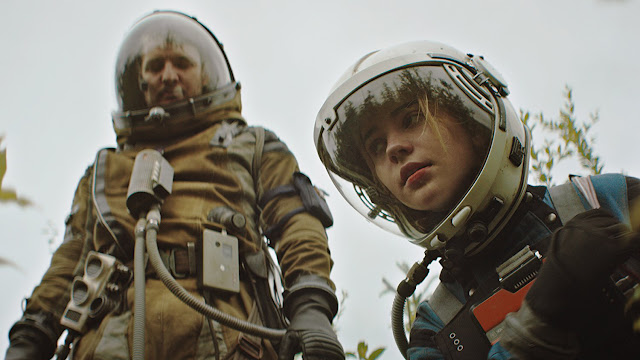 Chris Caldwell and Zeek Earl’s debut feature, Prospect—which adapts their short film of the same name—is a lot of things. It’s a stripped-down, retro-futuristic sci-fi narrative. It’s the story of an angry, frustrated young woman coming into her own and finding her true strength. And it’s a slow-burn, morally ambiguous western saga about two unlikely partners who are never sure they can trust one another, but may have no other choice. Except, you know, with space helmets instead of cowboy hats. Taken together, it’s a tight, promising introduction to these filmmakers.

A father (Jay Duplass, Landline) and his teen daughter, Cee (Sophie Thatcher, The Exorcist), land on a remote forest moon on a dangerous, ticking-clock mission to mine a precious alien resource. Once there, they encounter Ezra (Pedro Pascal, Game of Thrones), a treacherous prospector. Motives and loyalties are tested as they try to grab what riches they can, survive the savage landscape and toxic environment, and make it back to their ship before their ride leaves them stranded. 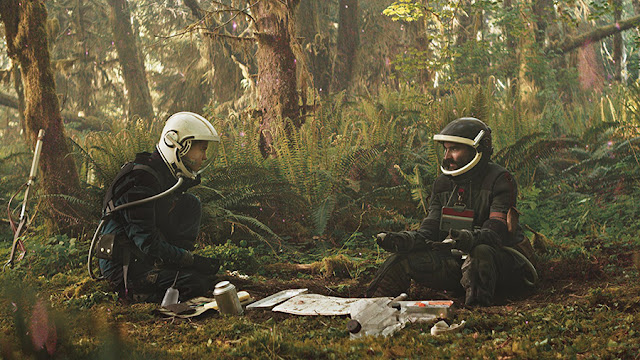 Prospect is certainly a case of a movie doing a lot with very little, relying on concept and cleverness instead of big budgets and spectacle level special effects. Inventive set, costume, and production design harken back to an earlier era of science fiction. Filmed in Washington’s Olympic National Park, with soft, dreamy lighting, the dense, lush evergreens, ferns, moss, and foliage paint a picture simultaneously familiar and alien. Nearly every element feels both grounded and fantastic at the same time. This extends to the world building as well.

Caldwell and Earl’s script presents vast ideas within a limited scope. They don’t try to overwhelm with information and explanations. Instead, they give just enough specific details and tell us what we need to know. They hint at grander vistas. We know there’s a sprawling, complex world out there, but while they nod that direction, they provide a focused look at this one small slice. What they do appears deceptively simple but is quite complex and impressive. 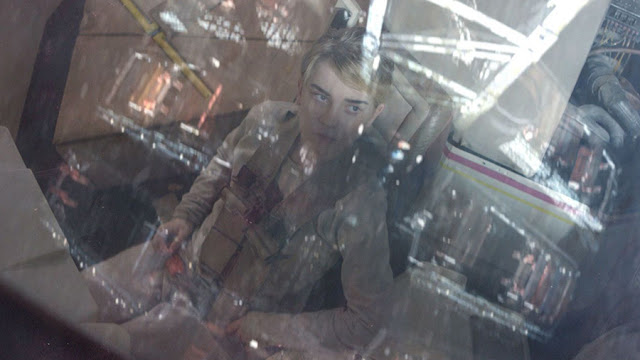 But for all the construction and flourishes—and Prospect is quite a lovely film, lensed by Earl himself—it’s the performances that carry the day. Relative newcomer Sophie Thatcher shines bright as the strongest, most authentic character in the film—she portrays both a teen frustrated with her father but also a capable second on a mission through space. She has to step up in a hurry, and does, but not without earnest stumbles and setbacks. Through it all, Thatcher’s natural and nuanced, no easy feat considering she spends most of the movie in a helmet acting through a glass faceplate.

And Thatcher more than holds her own with Pedro Pascal, who’s fantastic in his own right. The two have excellent chemistry, which is important as Prospect is largely a two-hander where they’re literally bound together. With an aww-shucks charm, scheming glint in his eye, and proclivity for flowery speech, Ezra charms and smooth talks his way through ferocious locals and one harrowing pickle after another, and both Cee and the audience are never entirely certain of his motivations or loyalties. Full of charm and wit, Pascal clearly has a blast playing the ambiguous sci-fi desperado. 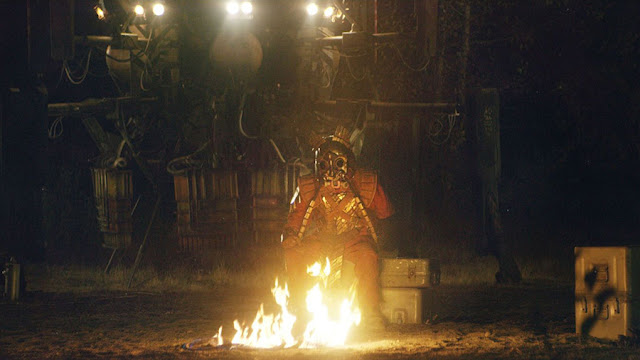 Prospect could have honed in more on the relationship between Cee and Ezra—it never fully explores the interesting pseudo-father-daughter dynamic. While the stakes are high on a practical level—they need to survive antagonistic encounters, grab what they can, and get the hell off this rock—the emotional stakes leave something to be desired. A certain lack of investment remains the film’s biggest weakness. It’s often thrilling moment to moment, and the characters offer intrigue, but it’s missing that true hook.

Quirky, idiosyncratic sci-fi, Prospect has a sense of awe and scope, despite limited resources. Carried by fantastic performances and big ideas, this serves as a promising calling card for Chris Caldwell and Zeek Earl. [Grade B]

Check out all of our SIFF 2018 coverage here.