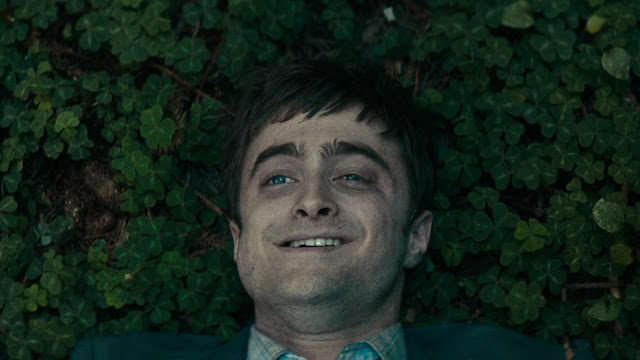 So, the Daniels—Dan Kwan and Daniel Scheinert—the directorial duo behind the Harry Potter’s farting corpse movie, Swiss Army Man, have a new movie in the works. It sounds rad, may potentially star Crazy Rich Asians alums Michelle Yeoh and Awkwafina, and all is pretty cool with the world.

According to Deadline, Michelle Yeoh and Awkwafina are in talks to star in a movie called Everything Everywhere All at Once, which is a mouthful of a title. This news comes as part of an article about new studio AGBO, a venture from Avengers: Infinity War directors and general Marvel dudes, Joe and Anthony Russo. They have a bunch of movies and TV projects in the works, but this is definitely the one that has my attention.

The report says Everything Everywhere All at Once is an “inter-dimension action film.” I don’t know exactly what that means, and there aren’t many details beyond that. But given how Swiss Army Man is a weirdo surrealist joy, and there are overt sci-fi trappings, and both Michelle Yeoh and Awkwafina are rad, this news totally rules and has a ton of potential and this is a movie I want to see right this very damn minute.

Everything Everywhere All at Once was the first big deal AGBO lined up and could start production as early as spring. So, keep an eye peeled for more news on this front.
Posted by Brent McKnight at 11:32 AM

Email ThisBlogThis!Share to TwitterShare to FacebookShare to Pinterest
Labels: Action, Awkwafina, Daniels, Everything Everywhere All at Once, Michelle Yeoh, news, Sci-fi, The Daniels