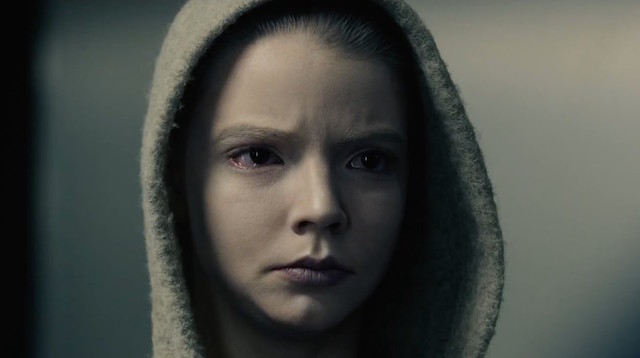 Luke Scott’s sci-fi/horror thriller Morgan is a frustrating watch. Admirable in it’s ambition, full of potentially interesting themes and ideas, with a fantastic cast and heady premise, there’s a great deal to ingest and appreciate. Which makes it maddening that the finished product face plants into tedium, the painful twist becomes obvious five minutes in, and it never capitalizes on what works in its favor.

A generically monolithic sounding conglomerate sends Lee Weathers (Kate Mara, Fantastic Four), a corporate risk-management consultant, to a remote, isolated research facility to observe a hyper-intelligent, artificially created, human-ish thing named Morgan (Anya Taylor-Joy, The Witch). Tasked with deciding whether or not to terminate the program, and the subject, the tight-knit group of scientists attempt to sway Lee’s judgment.

Morgan marks Luke "Son of Ridley" Scott’s feature debut, but shares a similar detached feel as his 2012 short, Loom. This removed distance makes sense thematically, as the film aims to be esoteric and mysterious, but it also pushes away the audience.

Kept at arm’s length, with a chill cast over everything, it’s damn near impossible to connect with the characters or story on any meaningful level. Full of individuals with their own hidden agendas, Morgan plays things so close to the vest, and reveals so little in regard to motivation and personality, that instead of this secrecy heightening the stress and tension, the actors, across the board, don’t have much to work do. 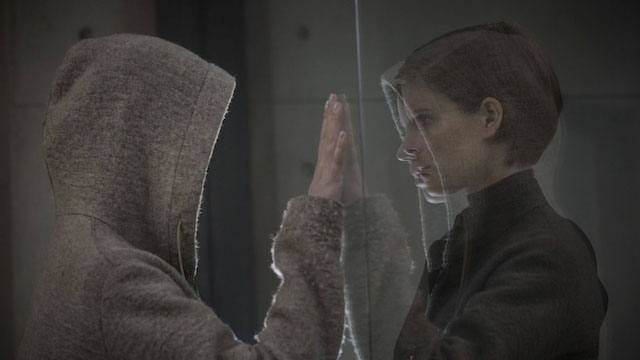 Rather than icy, rational, and calculating, Mara plays flat, bland, and single note. And though she’s supposed to be lab-generated human-technology hybrid, Morgan’s defining characteristics are a monotone voice, pregnant-with-meaning scowl, and heavy makeup designed to make her appear more synthetic and inhuman. Morgan talks about its namesake having a personality and unique psyche—it’s never seen, but it’s spoken of quite often.

Morgan touches on ideas of humans playing god; whether or not things created in a lab can transcend their beginnings, become sentient, and be truly human; and similarly rich sci-fi conjecture. All of which are appropriately timely and pressing, but, like with the characters, Seth W. Owen’s script never delves deeper than the shallowest conceits.

Even the stylistics mirror this emptiness and lack of depth. With only a handful of settings—upstate New York wilderness, a monstrous but dilapidated mansion nestled in the woods, and a sterile underground medical bunker—there’s little to make them visually interesting. Awash in cold, subdued hues, a familiar ominous score, workmanlike camera movements, over-edited moments of action, and the flagrant abuse of reflective surfaces, the overall aesthetic package is rote and unremarkable.

If nothing else, Morgan stands out among Hollywood movies for its treatment of women. The female characters own the keys to the kingdom—most of the male characters are largely erroneous—and celebrated for their intellect and capabilities rather than looks and physical appearance. This shouldn't be all that unusual, but here we are. 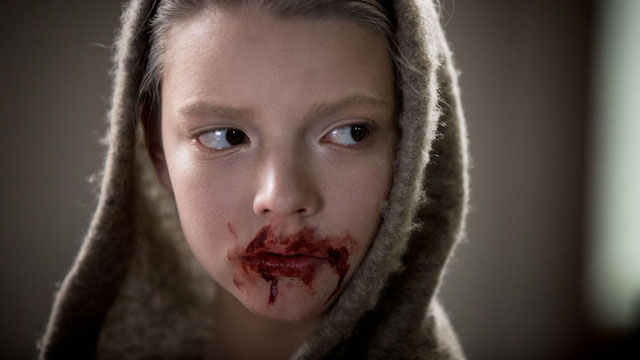 In fact, relegated to background and supporting roles, Morgan flips the script when it comes to male and female roles in genre fare. Lee is the business oriented, get-shit-done protagonist, while Michelle Yeoh’s Dr. Cheng is the brains and driving force behind the whole operation. The only typically gendered role is Rose Leslie’s behaviorist, Dr. Mesner, who forms an overwrought maternal bond with Morgan.

On the other hand, Toby Jones’ Dr. Ziegler is the character who becomes emotional, overly attached to the subject, and acts irrationally. Chris Sullivan is dealt the superfluous significant other role to his much more capable partner, Dr. Brenda Fincher (Vinette Robinson). And the job of obvious inept eye candy, who follows the main character around and exists for no other reason than to be pretty, falls to Boyd Holbrook.

For as fantastic a crew of actors as Morgan assembles, there’s not much meat on the bone, and the talent is squandered and flops to the floor, limp and unutilized. Hot off her badass turn in The Hateful Eight, Jennifer Jason Leigh as a grizzled, wounded doctor wasted on pain meds, is the highlight of the entire movie, though she only has two momentary appearances of note. Paul Giamatti chews his dialogue heartily for a scene as a psychiatrist assigned to assess Morgan’s mental state. And though Brian Cox’s voice appears early on, he only shows up on screen for a few seconds to pin the heavy-handed tail on this donkey of a film.

Taken on their own, pieces of Morgan are admirable and intriguing, though the sum is much less interesting than the individual parts belie. It could have amounted to more, but the ink on the page is predictable; the story is dry, dwells wholly on the surface, and is needlessly oblique; and there’s little life to behold. [Grade: C]

It was silly. But also kind of fun. Nice review.

I agree with most of what you said. The script is pretty weak, but I think overall it still shows promise for Luke Scott - http://www.tinseltine.com/2016/09/movie-blog-post-morgan.html