With a title like Jesus Shows You the Way to the Highway, you know you’re in for not-your-average-movie. But even if you’re familiar with writer/director Miguel Llanso’s apocalyptic, magical-realistic adventure Crumbs, you’re still not prepared for this film. It’s finally getting released and you should watch this trailer to get just a slice of what lies in store for you.

A big fan of Crumbs, I was lucky enough to see Jesus Shows You the Way to the Highway as part of Fantasia last year. It subsequently wound up on my Top Ten Movies of 2019 list. And I can say with all confidence, even as strange as this trailer Screen Anarchy debuted is, there’s so, so much more to find.

[Related Reading: ‘Jesus Shows You the Way to the Highway’ Movie Review]

Here’s a brief excerpt from my review that details what you’re in for:

And that’s just a sample. There’s live-action stop-motion animation, unnerving paper masks of celebrity faces, and 8-bit animated sequences. It’s part sci-fi, part spy thriller; there are afro-futuristic superheroes; and the whole thing revolves around a CIA agent who just wants to retire and open a pizza restaurant with his kickboxer wife.

But Jesus Shows You the Way to the Highway isn’t just weirdness for the sake of it. Totally lo-fi and inventive, this is an immersive surrealist experience, a singular work from a singular filmmaker.

The year is 2035, and Special Agent Gagano (Daniel Tadesse, Crumbs) dreams of leaving the CIA to open a business with his wife Malin (Gerda-Annette Allikas). Before he can hand in his resignation, however, a strange cyber virus attacks Psychobook, the CIA's operating system, forcing Gagano to enter cyberspace via virtual reality to combat the threat. Before long, however, the virus starts to reach out into the real world, destabilizing the fragile socio-political order for its own ends, and Gagano, trapped in the VR world, must find a way out before it's too late.

Jesus Shows You the Way to the Highway lands on the Arrow Video Channel in June. In the U.S. and U.K. you can get the streaming service through Apple TV. (With a free 30-day trial!) If you have the chance, I can’t recommend you watch this enough. Love it or hate it, you’ve never seen anything quite like this. 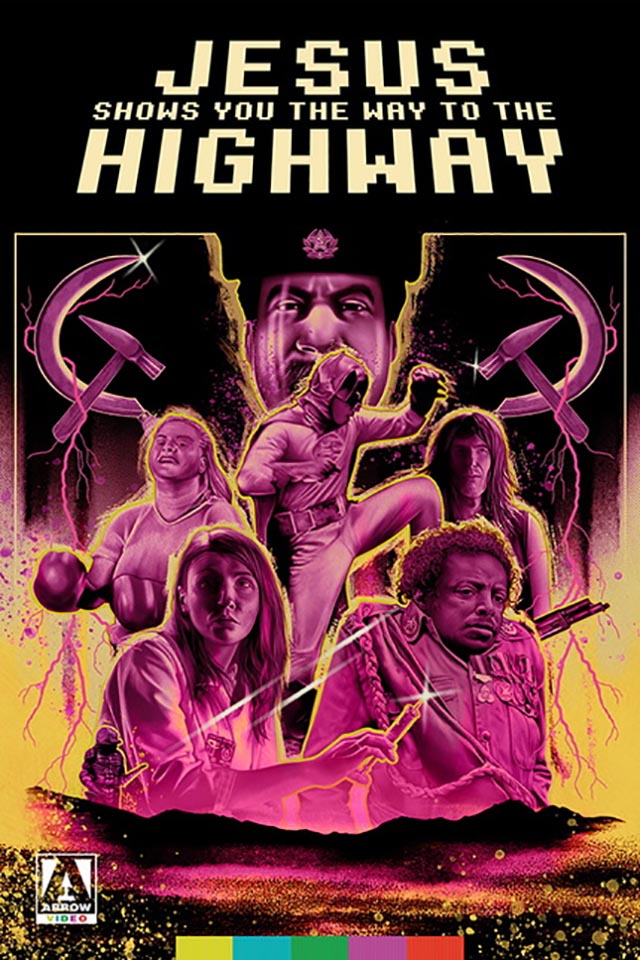