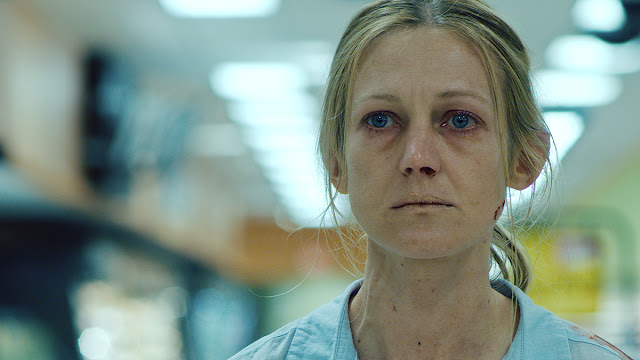 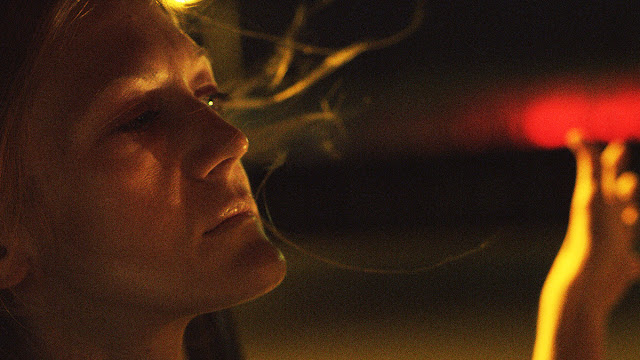 Though I initially saw it at a horror film festival, The Swerve isn’t particularly a horror movie. Horrific things do happen, but more than anything, it’s a tale of suburban ennui. The drama and the seeming suburban normalcy masks something much more sinister, but it’s more a methodical unravelling of one person’s carefully constructed life than played for scares or horror.

This also isn’t a particularly original concept or set up. The meek, mild-mannered doormat pushed too far has been done across every imaginable genre. But it’s down to Skye’s performance to carry the picture—it’s obvious where it’s headed, but she sells the familiar plot and gives it life and texture. We watch her seethe and brood in silence, never saying a word, but cracks form in her quiet exterior, widening until the fissures erupt. Her work is deep and raw and the primary reason to watch The Swerve. 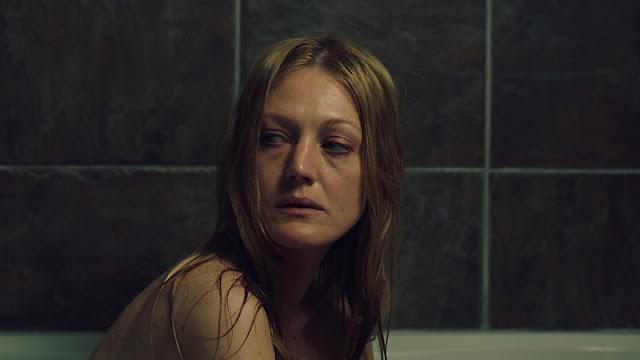 Cinematographer Daryl Pittman (Little Sister) shoots the film in a way that drives home the suffocation and oppression Holly feels. She’s frequently framed in tight shots that create a sense of claustrophobia and pressure that visually mimics the social compression squeezing the life out of her.

Though it’s supposed to be largely internal and contemplative as we watch Holly’s deterioration, it does occasionally cross the line from a meticulous and deliberate pace to a slow tempo that lacks momentum. It’s a fine line, and sometimes it gets crossed. An early scene where Holly wanders the aisles of a supermarket is a prime example. It hits thematic and plot points, but it also goes on far too long and drags. A number of similar scenes exist in the movie, they unspool even after they’ve made their point and could stand to be tightened up.