'Venom: Let There Be Carnage' Trailer: Yes, This Movie Is Really Happening 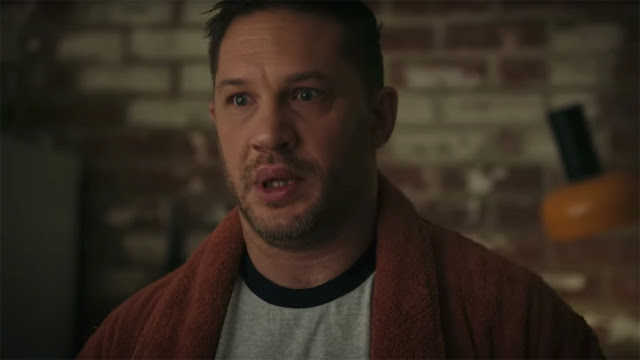 What is there to say about Venom? In reality, it’s not good, but it is, however, a ton of fun to watch, mostly for Tom Hardy having an insane meltdown and giving a completely bonkers performance. I said I could Hardy banter with himself for hours, and, thanks to this trailer for Venom: Let There Be Carnage proving that the sequel actually exists, I may have to make good on my promise.

Outside of Spider-Man, Venom’s greatest foe is Carnage, and since Sony has the rights to Venom but not the Wall-Crawler anymore, Carnage it is! This trailer for Let There Be Carnage, unsurprisingly, gives us our first real glimpse at the big red symbiote in action. As well as his human counterpart, serial killer Cletus Kasady, played by Woody Harrelson.

Honestly, the idea of Hardy and Harrelson both letting loose, going full-on nuts, and bouncing off of one another is enough to land this on my watch list. The potential for weirdness abounds and this looks to fully embrace the gonzo ridiculousness of its predecessor. Depending on your feelings toward that film, your mileage clearly may vary. (I’ve grown an odd fondness for Venom in the years since its release.)

This trailer also shows off franchise newcomer Naomie Harris as Shriek, a second villain. She’s a mutant who manipulates sound, hence the name, and has a history with Kasady/Carnage in the comics. In some versions she joins with a symbiote, but we will have to see how it plays out in the movie.

Venom: Let There Be Carnage opens in theaters on September 24.