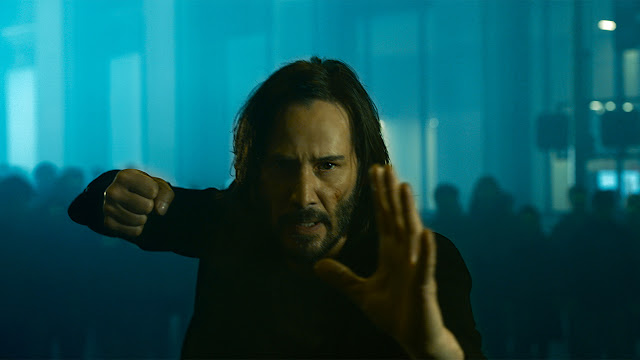 In 1999, the Wachowski’s rewrote the cinematic game plan with The Matrix. Big and brash, the influence on movies remains palpable and omnipresent today. The subsequent sequels, Reloaded and Revolutions, are overstuffed, messy, and divisive—and still awesome despite being way up their own asses. Now, almost 20 years after the fact, Lana Wachowski, operating solo at the helm for the first time, is back with the long-awaited The Matrix Resurrections. And the results are mixed. At times this is exciting and fresh; at others, it’s a painfully dreary rehash.

More than anything, Resurrections calls to mind the sequels. It’s a bold, ambitious-as-hell swing-for-the-fences. And the problem with swinging for the fences is, when you connect, it’s glorious and spectacular, but when you don’t, it’s a big ol’ oof from the cheap seats. Resurrections, almost impressively, manages both in equal measures. 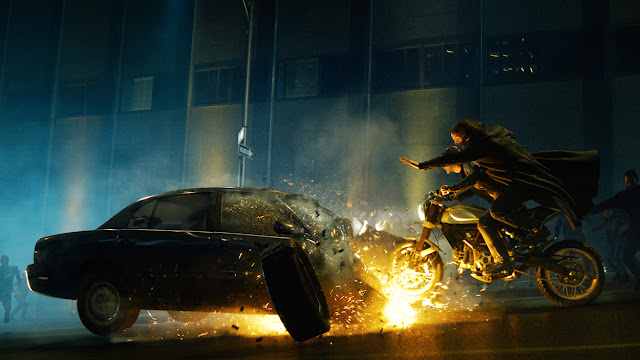 The saga picks up with Neo (Keanu Reeves), back in the Matrix, now living as a San Francisco video game designer, his previous adventures existing only as the plot of his generation-defining game. From afar, he pines for Tiffany (Carrie-Anne Moss), a woman he sees at a coffee shop every day but never talks to, and that he feels like he knows somehow, some way. He also sees his Analyst (Neil Patrick Harris), who fees him a steady supply of blue pills. Outside of this pixelated dreamscape, exists the real world where humanity still lies in conflict with the machines. Here we pick up with Bugs (Jessica Henwick), a new iteration of Morpheus (a role taken up by Yahya Abdul-Mateen), and others, who have been searching for Neo since Revolutionswrapped up all those years ago—it’s been even longer in Matrix time. It’s layers of meta wrapped in more meta layers.

It’s plot heavy for sure. And Wachowski, writing with Cloud Atlas author David Mitchell and Aleksander Hemon, author of The Lazarus Project, has a great deal on her mind. They grapple with the significant legacy of the franchise, parts are obvious responses to right-wing internet meme culture coopting and twisting the red pill/blue pill dichotomy, it’s difficult not to read much of the story as an allegory of awakening identities, and so much more. It overflows with ideas and themes, but how well or with how much depth it deals with any of them is a matter sure to be debated long after the lights go up. 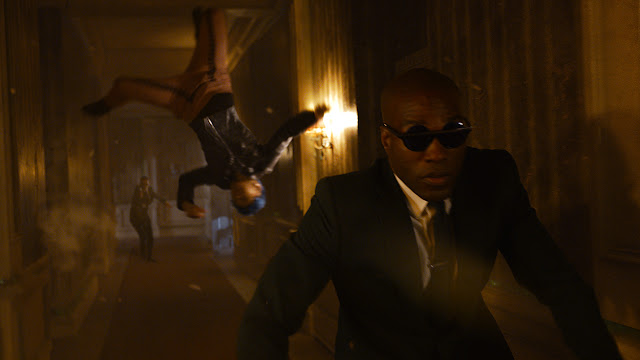 One of the chief knocks against the first two sequels is the Wachowski’s propensity for heavy-handed philosophical speechifying. Which is an issue. But for all the loquaciousness, they more than back it all up with bonkers action. That freeway chase in Reloaded remains an all-time banger, among plenty of other highlights.

While the meandering metaphysical ramblings are still present and accounted for in Resurrections, and definitely affect the pace and tempo, the action never measures up to that of its predecessors. No, it’s not entirely fair to compare any movie to those, which permanently altered the way Hollywood stages and films cinematic action. But since this is a Matrix movie, such juxtaposition is inescapable and this pales in comparison. 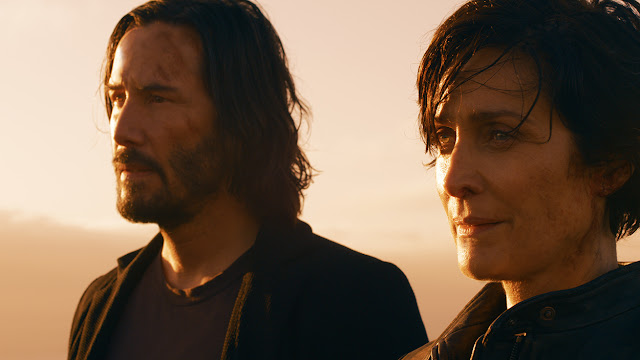 On their own, the action is honestly fine. Especially by studio action standards. If they existed anywhere else, they’d probably be lauded to the heavens by action fans. I don’t know if it’s Lana directing without Lily for the first time, or the absence of choreographer Yuen Woo-ping, who is largely credited for the style of the earlier chapters, or something else entirely, but the action often lacks a certain kick and energy. It’s a case of action that’s bright, clear, meticulous action versus action that’s dark, muddy, and all too often jumbled.

That’s not to say the actors don’t comport themselves admirably, franchise newcomer Henwick especially. NPH is also a blast to watch and has a fine time for himself, though not so much with the face-punching. And as much as I miss Laurence Fishburne’s Morpheus, the plot reasonably explains this version, and Abdul-Mateen tweaks the character enough to make it his own. Resurrections kicks off by replaying a version of the opening of The Matrix, Trinity fleeing from the Agents. Only this time we witness it from Bugs’ point of view. This new set of eyes paints events from different perspective, giving old events a new feel. And seriously, someone get Henwick her own action series to headline because she’s fantastic. 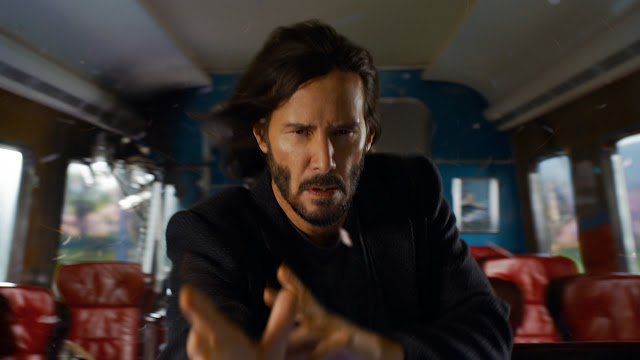 Things drag, however, when the narrative shifts from this next generation to the old, stale boomers and relics of yesteryear. Yes, Trinity and Neo are the beating heart of The Matrix, and fans are sure to get a few breathless fluttery moments out of their tale, but we also know him, we know her, we know their story and where this is going. Resurrections quite literally revisits their entire romance; clips and scenes from the first three movies continually play on walls and in the background. It works on occasion, but Wachowski drastically overuses the device until it loses impact. The film wants to be both blaze new trails while embracing its history, but only succeeds at one.