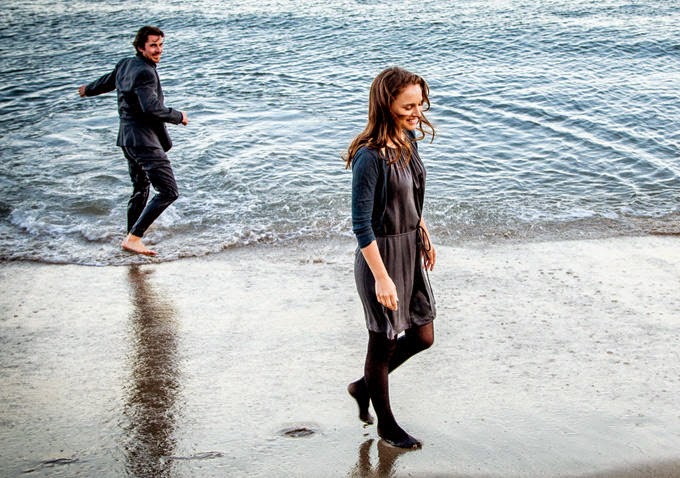 Hot on the heels of the announcement that Terrence Malick’s next film, Knight of Cups, will premiere at the Berlin Film Festival next year, the movie dropped our first look in the form of this new trailer. From what we have here, this is both the Malick we’ve come to expect over his last few films, but also something totally fresh and different.

Instead of the rural settings and wide-open spaces of Tree of Life and To the Wonder, Knight of Cups is set in the fast-paced world of Hollywood. Christian Bale plays Rick, a man awash in “temptations, celebrity, and excess,” as he floats through the entertainment industry and beautiful women like Cate Blanchett, Natalie Portman, and Imogen Poots. Because this is Malick, you know this isn’t going to be your typical tale of simple overindulgence and egotism. Here’s an esoteric synopsis from Deadline:

Once there was a young prince whose father, the king of the East, sent him down into Egypt to find a pearl. But when the prince arrived, the people poured him a cup. Drinking it, he forgot he was the son of a king, forgot about the pearl and fell into a deep sleep. Rick’s father used to read this story to him as a boy. The road to the East stretches out before him. Will he set forth?

See, told you not to expect your usual Hollywood insider movie. Knight of Cups also stars Antonio Banderas, Teresa Palmer, Wes Bentley, Nick Offerman, Joel Kinnaman, Freida Pinto, Jason Clarke, and tons more names that you recognize. Check out the trailer for yourself and see who you can spot, it’s like a game of celebrity “Where’s Waldo?”

Posted by Brent McKnight at 2:49 PM