Dwayne Johnson Will Save You In This 'San Andreas' Trailer 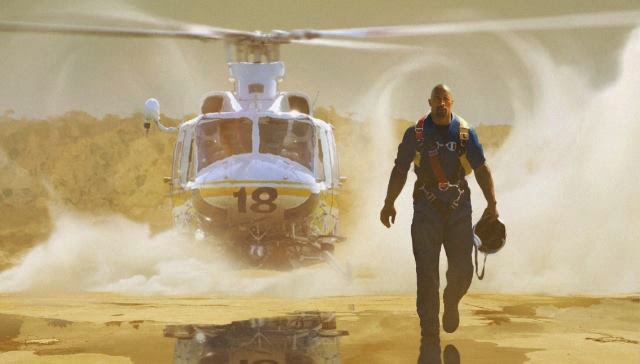 You know who I will follow blindly in the event of any major disaster? That’s right, Dwayne “The Rock” Johnson. And that includes in the aftermath of a massive earthquake, just like in the first trailer for his upcoming San Andreas. This looks so, so dumb, but also super awesome.

There’s damn near everything you need here: the Rock looking stern and shocked, Los Angeles crumbling into dust, a giant crevice opening up in the middle of the road, and Paul Giamatti telling you that shit is going to get so, so much worse. Johnson plays a helicopter pilot rescuing people, including Carla Gugino and Alexandra Daddario, in the wake of a massive quake, the proverbial “big one” if you will. So this is basically the Rock battling the forces of nature head on, which is more than enough to get me stoked to see this movie.