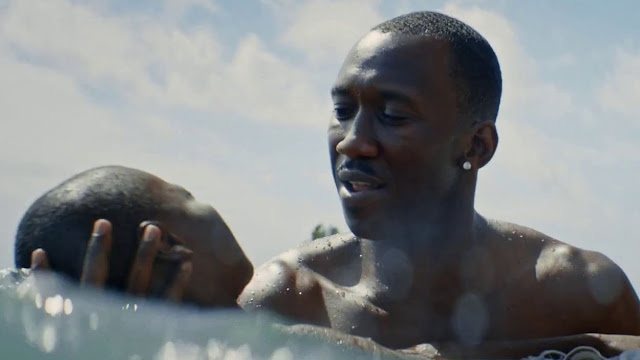 On one hand, writer/director Barry Jenkins’ Moonlight is a relatively simple story: a young man coming of age, trying to figure out who he is and where he fits in this world. That’s a tale told countless times. On the other hand, the story is nuanced and complex—like growing into adult hood tends to be—and the result is wholly unique and lovely and moving.

Unfolding in three chapters over 20 years, Moonlight tracks Chiron—played by Alex Hibbert, Ashton Sanders, and Trevante Rhodes as a young boy, teenager, and grown man, respectively. A shy, quiet kid in a rough Miami neighborhood, he tries not only to survive but to come to terms with his sexuality and what it means to be gay, both in general and for himself. 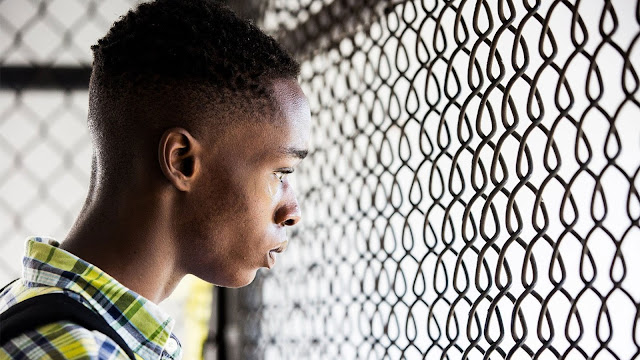 The narrative never moves in anticipated ways, setting up expectations only to subvert them, pushing gently one direction and deftly turning away from the usual, easy choices. Untangling themes of black masculinity, homophobia, identity, the cycle of addiction, and more, it’s also a story about first love, a tender, awkward, charming romance that’s poignant and simultaneously heart-breaking and heart-lifting.

Flawlessly paced—clocking in at almost two hours, I was stunned when the credits rolled—Moonlight’s tension and momentum derives from what isn’t said. Chiron barely speaks compared to other characters, but he never has to—thanks in large part to subtle, pained non-verbal performances from all three actors who take the role—and in many ways the story is about not being able to say what you want or need. 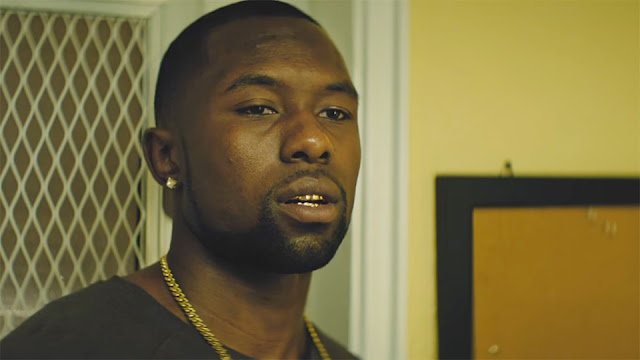 The emptiness of speech theme runs throughout Moonlight. Words of adults—teachers, his abusive drug addict mother Paula (Naomie Harris, Skyfall), school administrators, anyone in authority—all fade into background, mixed down on the soundtrack until nothing remains but muddled noise and static. Jenkins even shows characters, still-lipped but with their voices playing over the top of the images, to underline the disconnect between what we say and what we mean and how the two are rarely the same.

This strategy works so well in Moonlight because of the fantastic performances across the board from the ensemble cast. All three actors who play Chiron are wonderful, especially Trevante Rhodes. Guarded and hardened, the adult Chiron wraps a gold-front-wearing gangster shell around a vulnerable, wounded center that belies the face he shows to the world. Delicate movements and fragile shifts of expression reveal pain and longing, and he lays himself bare with barely a word. 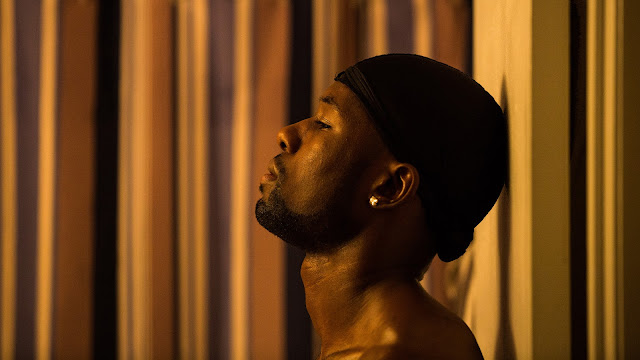 Andre Holland’s (Selma, The Knick) Kevin projects an amiable, more self-assured persona, though he, too, keeps his reality under wraps. Watching Kevin and Chiron sit in a booth at a diner—and that’s all that happens on the surface—becomes one of the most compelling, engrossing scenes of the year. Both accomplish that rare feat of expressing themselves truly and deeply without once explicitly stating anything out loud.

Mahershala Ali turns gangster clichés on their head with Juan, a local drug dealer who takes young Chiron under his wing. Tough and thuggish to be sure, his exterior obscures a conflicted personality and tenderness. Still, he’s the only person who’s ever open and honest with Chiron, always being real. Even when the truth is harsh and ugly, he encourages the boy to find his own path. Singer Janelle Monae makes her feature debut, playing a warm, pseudo mother figure, though she vanishes around the middle of the movie. 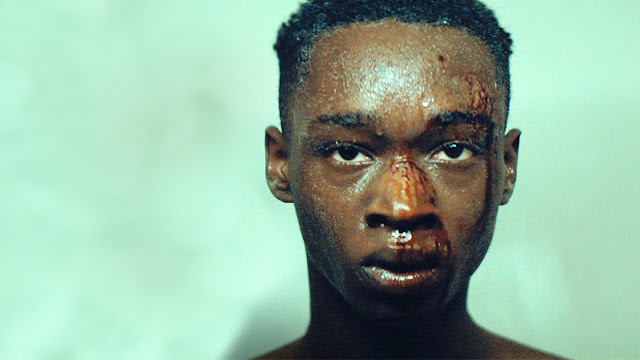 Cinematographer James Laxton (Camp X-Ray) films Moonlight in fly-on-the-wall, cinema verite style. Largely shot with handheld cameras, long takes, exquisitely colored and framed, place the lens at eye level with the characters. Following and sweeping around them on their plane, this creates an intimacy and immediacy that draws viewers in and leaves them breathless.

Even the music choices prove unexpected. Instead of the typical throb of bass-heavy hip hop in the hood scenes, or pulsing Latin rhythms that typically denote Miami on film, Jenkins chooses slight classical and piano pieces to establish a near dreamy mood. Adding texture, in this way, Moonlight again illustrates that what’s on the surface doesn’t always conceal what’s expected. 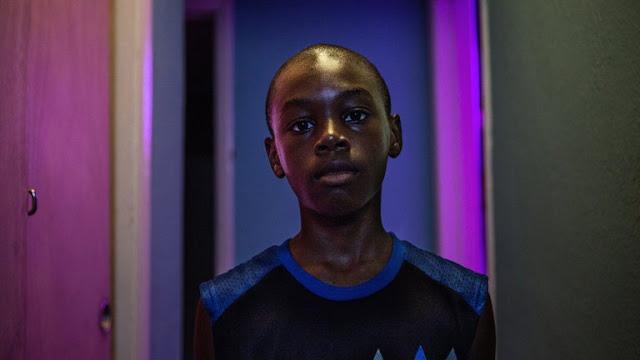 Unique and universal, bleak and hopeful, compassionate and humane, Moonlight eschews ordinary answers, constructs, and definitions. Warm and tender, stirring and moving, this is touching, layered, and deeply personal cinema. Fresh and vital and so, so different from almost every other young-black-man-in-a-poor-neighborhood movie, Moonlight offers one of the year’s best, most important, and truly radical films. [Grade: A]

Posted by Brent McKnight at 2:45 PM