'Sky On Fire' Trailer: Ringo Lam Shoots Everyone Then Blows Them Up 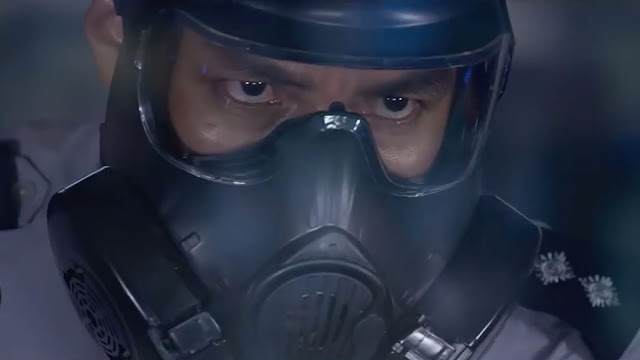 Action auteur Ringo Lam has a penchant for movies titled BLANK on Fire. Though to be fair, there are usually a great many things on fire and exploding in his films. His resume includes the likes of City on Fire, School on Fire, and Prison on Fire (as well as Prison on Fire 2). And he’s back at it with a trailer for Sky on Fire, which appears to be everything we can hope for.

There’s seriously more action in this 90-second Skyon Fire trailer than in most feature-length actioners. It’s a full-frontal blast of old-school Hong Kong bullet opera, and it looks like so much fun.

Sky on Fire has damn near everything action aficionados dream of in our beds at night. There’s epic classical music, a skyscraper tumbling to the ground, and more bullets than I thought existed in the entire world. We’ve got car chases, motorcycle chases, Hong Kong rooftop foot chases, and did I mention all the bullets? And a dude uses another dude’s face to cock his pistol. Sold.

I’m sure Sky on Fire includes things like plot and character and story and all the usual elements that make up an on-screen narrative. But I’m going to go out on a limb and say most of that stuff probably doesn’t matter all that much and guess that in most instances, all that shit takes a back seat to the bang bang, splodey splodey, crash crash mayhem. Maybe I’m wrong, but that’s the distinct impression this trailer leaves.

Sky on Fire is also the kind of movie that has a poster showing a flaming building falling faceless innocents, so I’m fairly confident in my assessment and prediction. 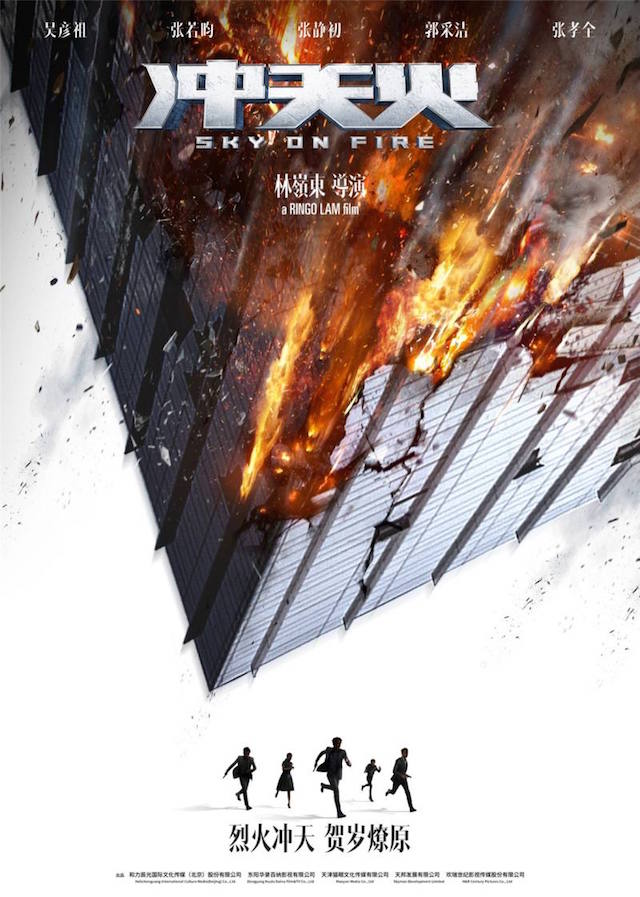 Starring Daniel Wu, this is full-on Ringo Lam working in his balls-to-the-wall style, and fans of his approach will likely find quite a bit to love in Sky on Fire. According to this look, it has a street date of November 25, but who knows when the rest of the world will get the chance to bask in this particular storm of bullets.
Posted by Brent McKnight at 10:05 AM