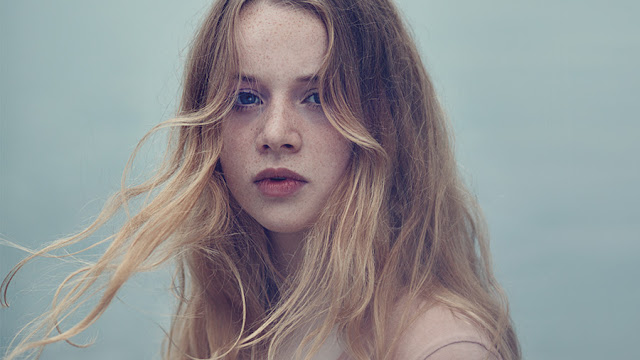 Those of us who went to college and did a thesis often look back at them and cringe. In general, no matter what our chosen field, they’re usually bad, or at least viewing them in retrospect, we see things we could have done to make them better or improvements we should have made. That brings us to Lisa Brühlmann’s haunting new body horror Blue My Mind, which was her film school thesis, and is lightyears more accomplished than anything I churned out in college. Or beyond for that matter. After making the film festival rounds, it’s finally being released. Check out a new trailer below.

I was fortunate enough to see Blue My Mind at the Seattle International Film Festival earlier this year, but now October Coast and Uncork’d Entertainment have finally set the film for a proper release. You can read my review HERE.

The most obvious recent comparison points are Julia Ducournau’s Raw and Agnieszka Smoczynska’s The Lure. Both are good places to start, but while Blue My Mind covers similar thematic ground in certain regards, it also blazes its own trail in others. It’s a tender tale of coming of age,  sexual awakening, and female friendship mixed with stomach-twisting moments of body horror to make Cronenberg proud.

15-year-old Mia and her parents move to the suburbs of Zürich. While Mia plunges into a wild teenager existence, her body begins to change oddly. First hardly noticeably, but then with a force that threatens to drive her out of her mind. Mia’s transformation progresses inexorably, and she turns into the being which has slumbered within her for years… and is now gaining the upper hand.

Apparently, Blue My Mind will hit a few theaters over the next couple of weeks, though I imagine not man. Ultimately, it lands on VOD starting November 13. This is definitely one worth searching out. It’s a beautiful movie, one hell of a debut, and a big way for Lisa Brühlmann to announce herself to the world.