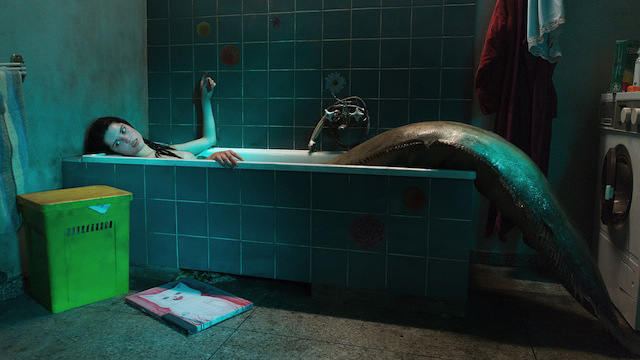 I know that there are droves of Rocky Horror Picture Show devotees out there, but while that cult classic has a place in my heart, for my money there is no movie musical more bat-shit crazy than the 1980 Cannon Films joint The Apple. Thank you, Menahem Golan, you magnificent, lunatic bastard. It easily ranks in my top ten films of all time, no question.

While it doesn’t ever quite reach up to those manic highs, if you’re in the mood for a dark, Polish, new wave mermaid rock opera, you may well want to check out The Lure now that it’s finally hitting theaters and VOD platforms. Agnieszka Smoczynska’s film certainly fits that description, and it will squeeze your brain until you’re on the verge of passing out. Which can be fun. 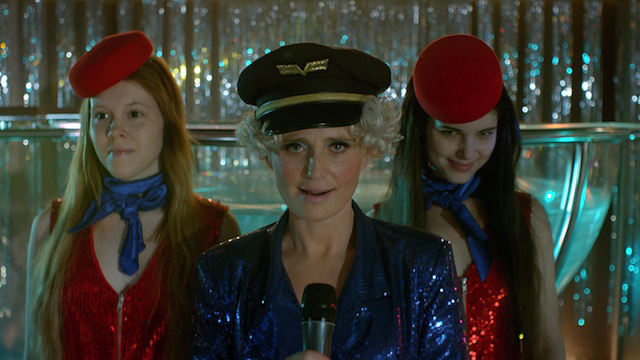 The synth-driven house band at a 1980s Warsaw nightclub gets and unexpected boost when, on what appears to be a group camping trip, they encounter a pair of mermaid sisters, Golden (Michalina Olszanska) and Silver (Marta Mazurek), who just so happen to be excellent singers. If there’s one thing I learned from The Little Mermaid, it’s that all mermaids are swell vocalists, so if you need someone to front a musical act, you can do worse than looking to the sea.

From there the plot unfurls like your typical music industry picture—there are sleazy promoters, newfound notoriety, internal jealousies, complicated romances, and all the usual tics. The newcomers take over the spotlight, there’s some infighting, but while all of this is fairly standard, no one really bats an eye at the fact that there are two half-fish women on stage belting out catchy ditties. Granted, they only have scales when they’re wet, but there’s still a crowd surfing mermaid scene. And they do occasionally kill people, so you might think someone would raise their hand and ask what the hell is up. 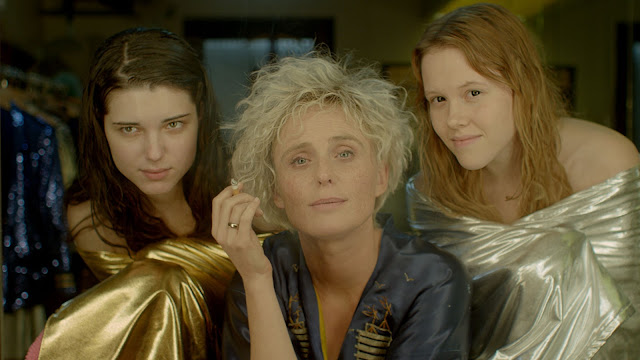 Weird-as-shit Euro-pop musical numbers; a freaky, hyper-stylized color scheme; excessive amounts of teen nudity (you may very well feel feel like a dirty old pervert as the awkwardly young Gold and Silver spend most of film naked, or at least topless, not to mention a few skin-crawling moments with unusual orifices—they are half fish after all) combine to create a strange, uneasy atmosphere. More than once I rubbed my eyes and pondered what the hell I was watching. It’s in the unsettling tone and grotesque burlesque feel where The Lure shines brightest.

The Lure isn’t a great movie. Full of uneven pacing, random scenes that don’t connect to anything larger, and a woeful dearth of character development in all but a few cases, it’s never particularly engaging on an emotional level. But Smoczynska creates an unusual dreamy sensation and drops the viewer right in the middle to take it all in. From a purely spectacle angle, The Lure is a strange, atypical film, and if you’re into crazy-ass shit—which is right up my alley—you may want to take a look at this one if you have the chance. You certainly haven’t encountered its ilk before, and it’s tailor made for cult frenzy status. [Grade: C+]

This is a reprint of our review from the 2016 Seattle International Film Festival.

The Lure took me by surprise I must admit, I will not say much but this is a very good film with many elements.