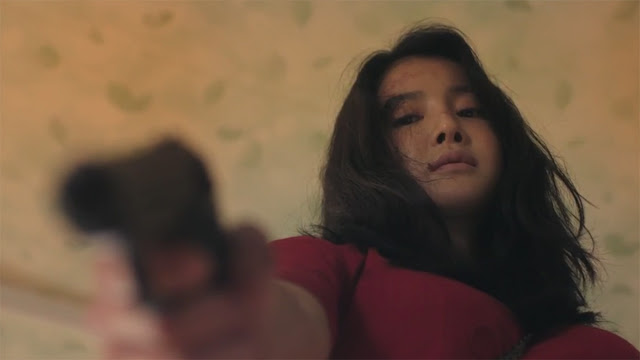 A modern incarnation of a muscle car, a silver mustang in this case, rumbles across the screen. A woman in a red dress and high heels, her legs noticeably scuffed and scraped and bloodied, emerges. In casual but deliberate fashion, she walks across an auto shop. She asks a question of the mechanic working beneath a car. When he pokes his head out to answer, she smashes him with a sledgehammer. So begins South Korean director Lim Kyoung-tack’s revenge thriller No Mercy.

More than just the approach the protagonist, played by Lee Si-young, takes towards her enemies, no mercy is what viewers get. A near-nonstop parade of ugliness, sleaze, and sexual abuse, this film shares much DNA in common with skeevy 1970s grindhouse exploitation. Vicious and mean, base and cruel, it bears hallmarks of throwback car films, rape revenge narratives, and all kinds of cinematic nastiness. How much mileage you get out of this will depend on your tolerance for those elements. 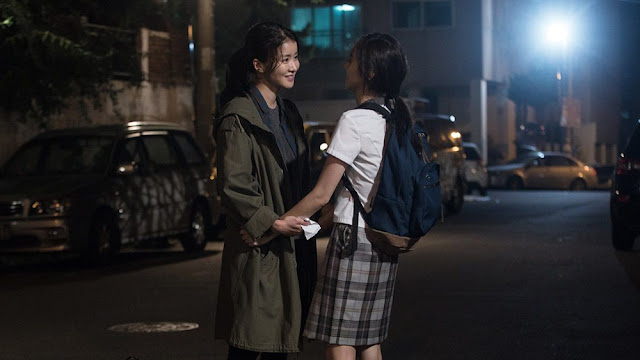 When former martial arts champion Inae (Lee) gets out of a prison, all she wants to do is settle in with her younger sister, Eunhye (Park Se-wan), a sweet but mentally handicapped girl. But when Eunhye goes missing the next day, and the police and school are uninterested in helping find her, Inae takes matters into her own hands. This leads her through a long path that starts with school bullies and mean girls, snakes through their pasts, and climbs to the very top of political power.

No Mercy is a rough watch for a number of reasons. As Inae tracks her, Eunhye is basically passed from one sexual abuser to another. The film is full of skin-crawling men screaming, “I’ve done nothing wrong,” as Inae pounds the truth out of them. They did nothing wrong except exploit, rape, kidnap, sell, assault, and otherwise batter a mentally ill adolescent in one way or another. 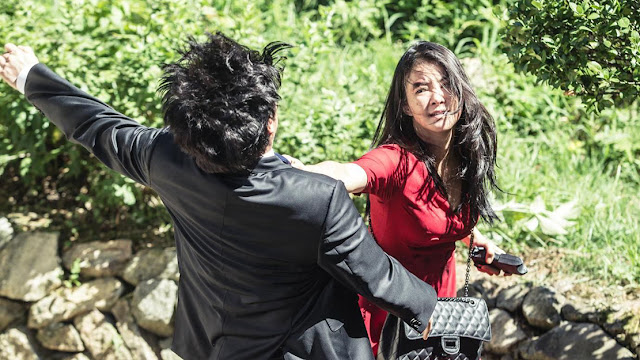 And it’s literally everyone; an parade is endless. It becomes oppressive, scene after scene of next-man-up sexual assault, well past when the point has been made. There wants to be some message about how even those who present as “morally upstanding” are often scumbags, but recounting one horror after another gets repetitive and kills any forward momentum. And attempts at political intrigue and to tie everything to the past piles up until the plot turns convoluted and torturous.

On an action level, No Mercy is solid-to-strong. Most of this is due to Lee Si-young, who I want to  see in more action movies ASAP. A former champion amateur boxer in real life, Lee commands the screen as she throws down with various suit-clad goons, hooligans, and ne’er do wells. She also carries the devastating emotional weight even as she handles the physical side, and hopefully she keeps taking roles like this, because I’m so down for her to become a huge action star.
[Related Reading: Get More Revenge Movie News and Reviews Here] 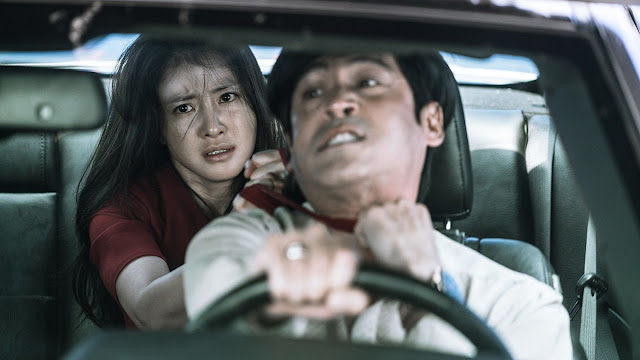 Lim stages many of the fights in contained, constrained spaces, like small rooms, offices, or even inside of a car. When it peaks, the action is raw and inventive, but the bulk of the film is pretty standard if competent genre fare.

Lim and company obviously aim to push the envelope, but how much you get out of it depends on the individual viewer when it comes to whether or not No Mercy succeeds. Much hinges on the ability to stomach an onslaught of sexual violence—it’s not particularly graphic, but it is omnipresent. At best, the film plays like Taken with a mean streak, or a South Korean version of Faster; but even with a fantastic central performance, it mires down in grimy exploitation.