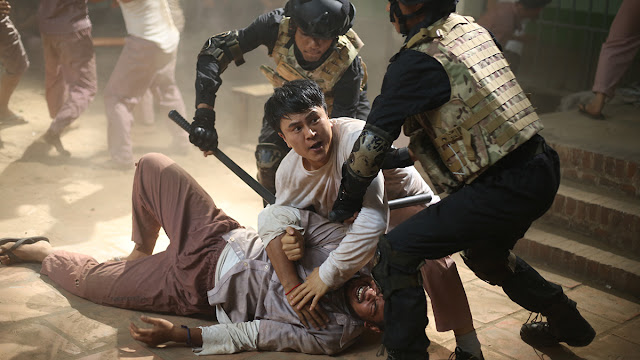 Richard Connell’s short story “The Most Dangerous Game” has, officially or otherwise, served as the basis for countless action movies. Hard Target, Surviving the Game, Bloodlust!, and countless otehrs—not to mention all the straight adaptations—all draw from the tale of men hunting men. Now we can add Cambodian actioner The Prey, from Jailbreak director Jimmy Henderson, to the pile.

Undercover Chinese cop, Xin (newcomer Gu Shang Wei), finds himself in a brutal Cambodian prison run by a vicious warden (Vithaya Pansringarm, Only God Forgives). Turns out, the warden also sells inmates to rich dudes who want to experience the thrill of stalking and killing another human being. With Xin, however, these baddies get more fight than expected. 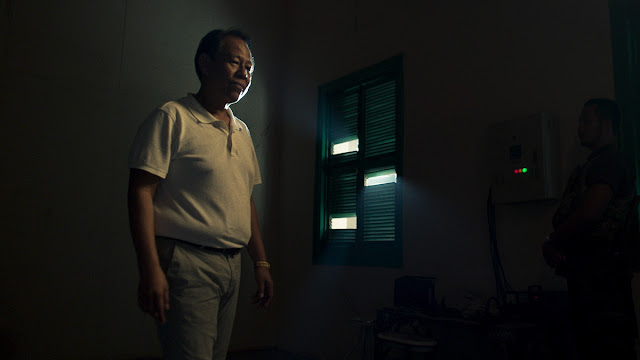 A self-taught filmmaker, Henderson, an Italian working in Cambodia, shows definite promise. Mechanically, it’s really all there. Even working with little money, The Prey looks solid. From scene to scene, it’s competently constructed, and the action from fight choreographer Jean-Paul Ly is strong and thrilling. As a whole, the film comes from someone who obviously has a firm grip on the technical side of this style of filmmaking.

From a narrative perspective, however, there’s work to do. The basic plot, simple and bare bones, isn’t anything action fans haven’t seen, but it offers enough structure on which to hang a movie. We’ve all seen action films with far less to work with. But even with that relatively stripped down story, it turns into an unfocused mess at times. 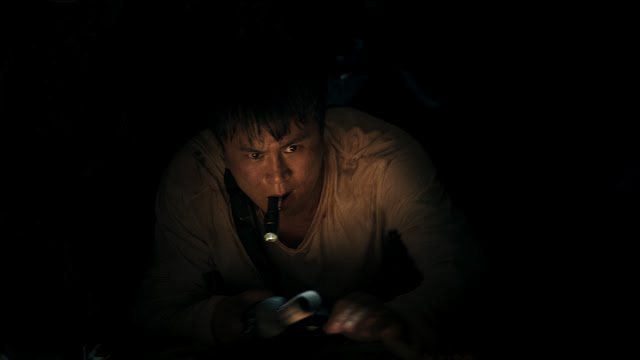 Xin is the ostensible protagonist, but The Prey spends almost no time with him, instead choosing to concentrate on a bevy of superfluous side plots. Gu Shang Wei handles himself well with the action, but the script offers little to no characterization beyond the fact he’s an undercover cop. Those two words sum up his entire personality, and he evaporates from the film for long stretches. Pansringarm does what he can as the ruthless, vicious warden, but it’s a role he can play in his sleep, and if you’ve seen him in anything, you know what to expect here.

To be honest, the most characterization goes to the hilariously named Mr. T (Nophand Boonyai), and even that’s uneven and all over the place. He starts out as the young hothead of the group of hunters, the one who uses a grenade launcher. But as the film goes, he starts having flashbacks, or hallucinations maybe—it’s never clear what’s going on. It all come out of nowhere, and amounts to nothing, but it’s the most interesting character work we have to cling to. 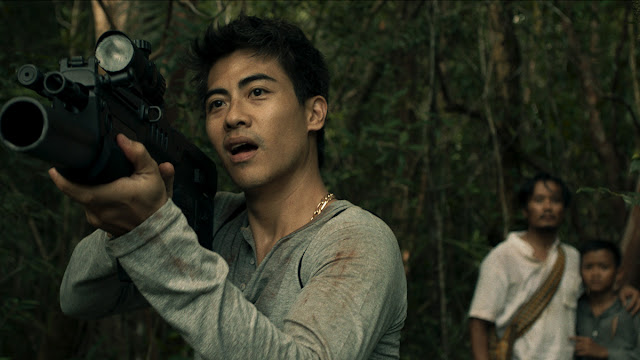 Everything else receives similarly shallow treatment. Two of Xin’s colleagues track him only for that thread to unceremoniously go nowhere. There’s an aside with a local villager and his deaf son who have the misfortune to wind up as reluctant trackers for one of the hunters. Dialogue hints at intricate pasts between a few of the hunters, but outside of snapshots and glimpses, we never dig into that.

Haphazardly arranged, not only do these storylines never develop, they’re pieced together in a way that creates no flow. The film lacks momentum, urgency, and forward propulsive force. There’s no larger tempo and it never settles into a rhythm, instead bouncing around—overly long scenes butt against others that are little more than quick snippets. Even in what’s probably the best fight scene—Xin fighting a nameless goon on top of a waterfall—we cut away mid-action just to see a minor character walk in the jungle for a single shot before jumping back. It’s a choice that derails the entire scene with no benefit or added value. 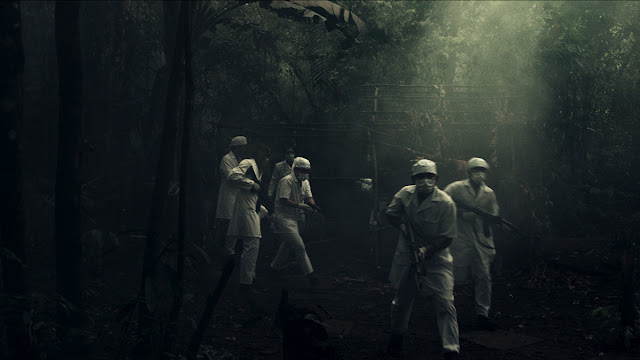 Though there are major pace, character, and structure issues, The Prey showcases Henderson’s potential as an action director. He has the mechanics in place, even if he could stand to light some scenes better, and if he can smooth out the narrative issues, or find someone to work with on that front, we’re going to see great stuff from him in the future.

But even with the problems, The Prey is watchable and should satisfy action fans for a time as they wait for the next movie from the likes of Gareth Evans and Timo Tjahjanto. Similarly, I’m game to check out whatever Gu Shang Wei does next, he shows definite flashes of my kind of cinematic badassary.