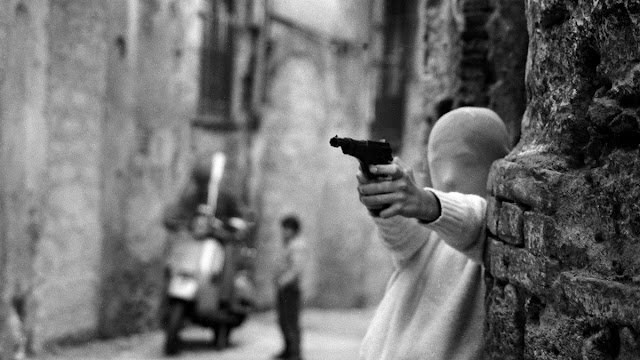 We take journalists of all stripes for granted, but they often put themselves in harm’s way to document and expose. Such is the case with Italian photographer Letizia Battaglia, who spend decades on the front lines chronicling the violence and iron-fisted control of the mafia over life in Sicily. Fascinating and fearless, documentarian Kim Longinotto points the camera at her in Shooting the Mafia.

The film begins in standard biographical documentary fashion, listening to Battaglia recount her early life and formative years, many passionate loves, and all the rest. It’s fine, but familiar, and while she’s an intriguing, engaging subject—she is brashly herself and does not give a damn what anyone else thinks about her—the early going is bumpy at best. Certainly compared to what’s to come. 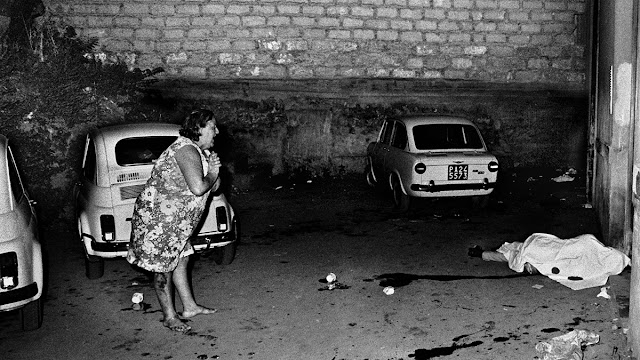 It’s when Battaglia finally picks up a camera, a calling she found later in life, that Shooting the Mafia also picks up and finds itself. Through her lens, she captured the brutality and corruption of organized crime, the poverty and the systemic failures that allowed it to flourish, and the terrifying hold it maintained for decades. It’s harrowing stuff for sure as she casually recounts how she circled the block twice before parking at home to make sure no one was waiting or following, or how she coughed at mafia funerals to cover the sound of her camera’s shutter taking photos on the down low.

Over time, the violence exhausted Battaglia, and instead of simply documenting it—something she found less and less desire to do—she shifted focus and decided to do something to combat what she saw. Ultimately, Shooting the Mafia becomes less about its central subject and more about a society fed up, pushed to the brink, fighting back against violence, graft, and greed. This evolution is also harrowing as all hell, as Battaglia reminisces about all the friends and colleagues and everyday citizens lost to the vengeful, pissed off crime families attempting to scare their opponents into silence and inaction. 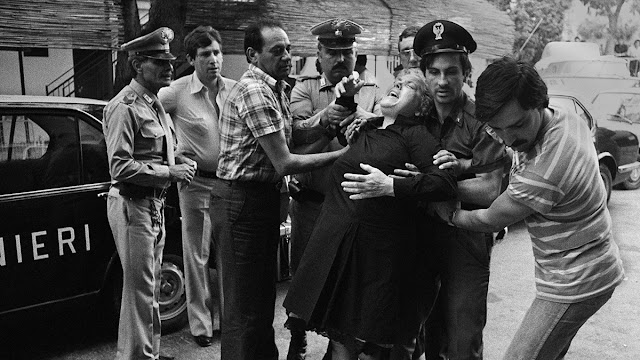 In addition to interviews, Longinottto uses Battaglia’s own stunning photographs, as well as archival footage to create a sense of place and a feel for the time and environment. There’s a tactile and textured sensation that grounds the film and provides context and weight.

About bravery, self-determination, and standing up in the face of great, crushing adversity, Shooting the Mafia paints a picture of a bold figure, but is also about something so much larger than a single person or story. Letizia Battaglia may be the face, the delivery mechanism, but this film presents not only a glimpse at the life of a strong, singular woman, but a society fighting for survival and change. 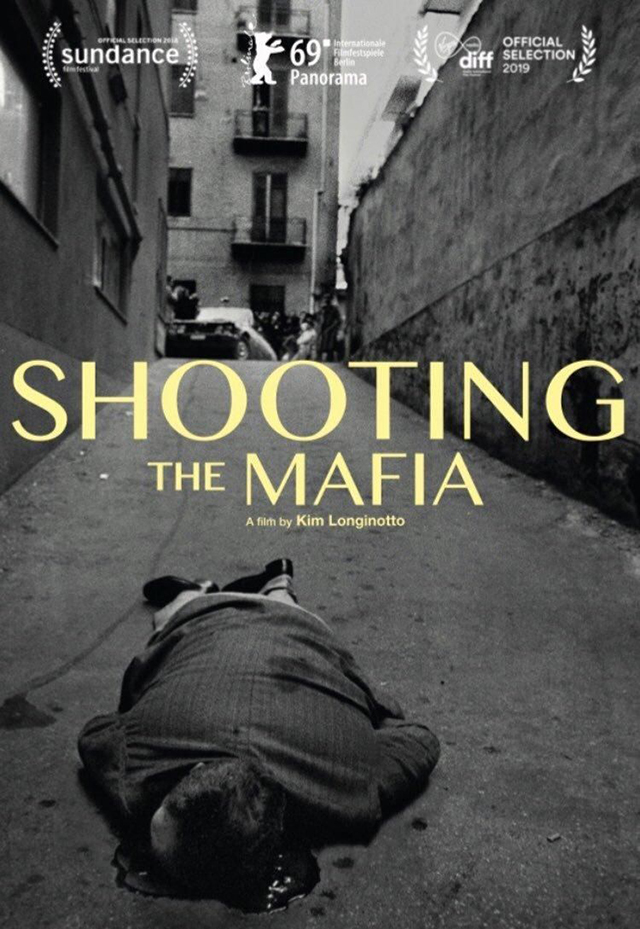 Posted by Brent McKnight at 9:10 AM