'Joker' Trailer: Joaquin Phoenix Is The Weird Guy On The Bus 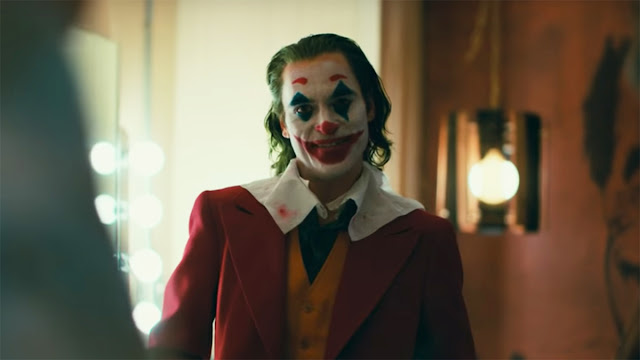 One element fans often cite about what makes the Joker such a compelling character is that, for the most part, he lacks an origin story. Sure, there have been a few attempts to craft a history, but by and large, he lacks context and motivation and formative experiences. What we see is what we get, just his actions, often without obvious logic or reason. That’s going to change somewhat in Todd Phillips’ upcoming Joker, which stars a very committed Joaquin Phoenix in a standalone tale of the Clown Prince of Crime’s beginnings. Set to debut on the fall festival circuit soon, check out the final trailer below.

Alan Moore’s 1988 graphic novel, Batman: The Killing Joke, is probably the most well-known Joker origin tale. And there are definite echoes in this Joker trailer. The biggest connections are the protagonist’s failed standup comic career, the fact that everything sucks and the world keeps crapping on him, and that he has a history that likely includes mental health issues and violence.

Here’s the synopsis for Joker:

Phillips’ exploration of Arthur Fleck, who is indelibly portrayed by Joaquin Phoenix, is of a man struggling to find his way in Gotham’s fractured society. A clown-for-hire by day, he aspires to be a stand-up comic at night…but finds the joke always seems to be on him. Caught in a cyclical existence between apathy and cruelty, Arthur makes one bad decision that brings about a chain reaction of escalating events in this gritty character study.

As you might expect with a character as iconic and beloved as the Joker, there’s been a lot of talk surrounding this movie. Phoenix is always deeply into his roles, and coming off one of last year’s best turns in You Were Never Really Here, he looks all the way in here. Phillips has talked up the Scorsese influence, particularly Taxi Driver, which is also readily apparent both in style and content. Not to mention, Robert De Niro shows up in a role that immediately calls to mind The King of Comedy.

Antiheroes are comic book movie stock and trade, but there’s also already controversy swirling around Joker. To be fair, a lot of it comes from people who haven’t seen the movie. But a number of folks who have read the script have decried is as, inadvertently or otherwise, celebrating incels, white dudes who feel oppressed and lash out violently as those they feel persecute them, most often women and minorities. As usual, we should probably wait and actually watch the movie for ourselves before we decide anything, but that’s a discussion that’s out there and concerns many people.

Joker premieres at the Venice Film Festival this week, then shows at the Toronto International Film Festival and the New York Film Festival in September. Such a prestigious festival run well in advance of its October 4 wide release, seems to indicate Warner Bros. has faith in their product, but we’ll have to wait and see.

What do you think? Does Joker look good? Bad? Questionable? Are you in for a standalone Joker origin? Will it be weird to see him without Batman to play against? Sound off in the comments if you care.
Posted by Brent McKnight at 10:13 AM