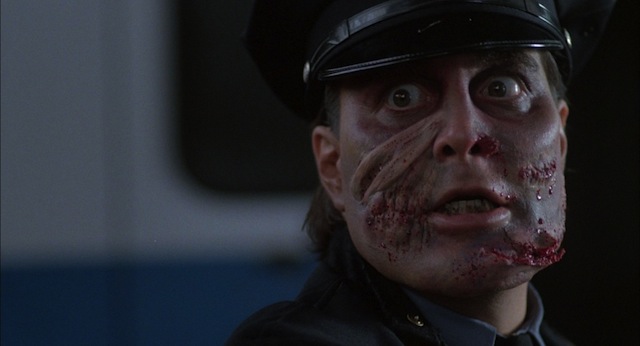 Nicolas Winding Refn has been talking about a Maniac Cop remake for years. Back in 2015 it was as a movie he would produce from Universal Soldier: Day of Reckoning director John Hyams. Even then, he’d been talking about that since 2012. That version never materialized and despite periodic rumblings, we all assumed it was one of the many, many potential projects he expounds on that would never happen—it’s a regular occurrence. But here we are, in the year of our lord 2019, and there’s news that HBO is going to let Refn turn Maniac Cop into a series. And the world sucks a little bit less for the moment.


Deadline broke the news and made our entire damn weekend. They report the premium cable provider greenlit the update of William Lustig’s 1988 trash classic as a limited event series. According to the report, Refn will serve as show runner while both he and Hyams will direct the entire run. This marks the first production for Refn’s new indie studio, byNWR Originals. Right now there’s no word on whether or not renowned comic writer Ed Brubaker (Daredevil and tons more) will be involved—in earlier iterations, he was on board to write the script.

William Lustig will actually serves as one of the producers, which is also good news. The only real bummer is that star Robert Z’Dar passed away a few years back and won’t be able to make an appearance. Sad face. Tom Atkins sure as hell better show up, though, or we riot.

The article describes the story as:

Set in Los Angeles, Maniac Cop is told through a kaleidoscope of characters, from cop to common criminal. A killer in uniform has uncaged mayhem upon the streets. Paranoia leads to social disorder as a city wrestles with the mystery of the exterminator in blue – is he mere mortal, or a supernatural force?

That sounds about right. And perfect fodder for Refn and Hyams and their particular tendencies and aesthetics.

Refn goes on to talk about both his collaborator and the project as a whole, saying:

“I’ve always been a devoted admirer of John Hyams. We’ve been talking about a re-imagining of the Maniac Cop films for a number of years, but as we continued to work on the material, we found ourselves wanting to explore the world we were creating in greater depth. Turning Maniac Cop into a series will allow us to realize our wildest ambitions and to reach an enormous audience though partners HBO and Canal+. This show will be an unadulterated, action-packed horror odyssey. Given the current state of the world, though, Maniac Cop will also be a strong commentary on the decline of civilization.”

You had us at, “unadulterated, action-packed horror odyssey.” Okay, who are we kidding, they had us before they even popped the “p” at the end of Maniac Cop. We’re easy marks.

There’s no word on when Maniac Cop starts production, when it will air, or how many episodes there will be, but as long as this is in the works, it’s something to look forward to.
Posted by Brent McKnight at 8:41 AM