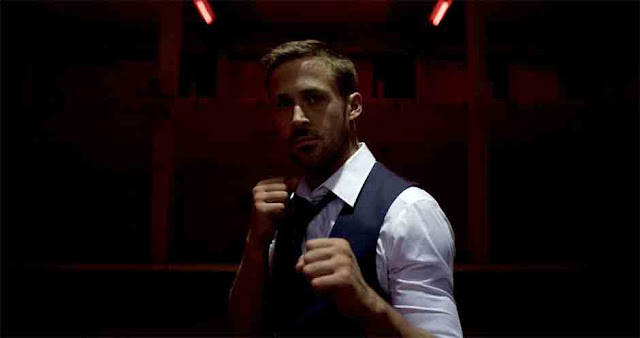 With films like “Drive,” “Bronson,” and “Valhalla Rising” on his resume, anything Nicolas Winding Refn does immediately leap frogs to the top of my must see list, especially when it involves teaming up with his handsome man muse Ryan Gosling. You can imagine that as soon as I heard about their new collaboration, “Only God Forgives,” described as a Muay Thai spaghetti western, my anticipation meter went through the roof. The trailers, posters, and pictures, all indicate a quiet, tense film, punctuated by sharp bursts of brutal violence.

When the film premiered at Cannes back in May, the reaction wasn’t exactly what most of us expected. It felt like the entire critical world took a collective shit on “Only God Forgives,” and the movie received a vicious pummeling on par with some of its fight scenes. Claims of style over substance are plentiful, and warranted to a degree, but oh what a style. This is a stunning motion picture to look at, calm on the surface, boiling underneath, an artistic take on what is essentially the story and subject matter from a sleazy exploitation flick. There are hookers, brawlers, drug dealers, and criminals of all stripes. There is blood and sex and violence and revenge, all pulled out of the muck and mire by Winding Refn’s gorgeous aesthetic approach.

At times “Only God Forgives” functions like a silent film. There are long stretches with no dialogue that rely exclusively on score, lighting, and camera work to do the heavy narrative lifting. Though the film lacks some of the emotional connection of its spiritual precursor “Drive”—that film had more characters to prop it up—this evokes a raw, visceral response to the violence that is so much more affecting, that packs a more substantial emotional wallop. Even when there is dialogue, the bulk of it is inconsequential, there is so much subtext. The whole film is an exercise in nonverbal storytelling, of eliciting a response without resorting to words. Imagine lots of shadows, color-coded lighting, long shots that gradually pulling into focus, and characters saying ominous things, like “Time to meet the Devil.” “Only God Forgives” is all tone, all feel, all atmosphere. 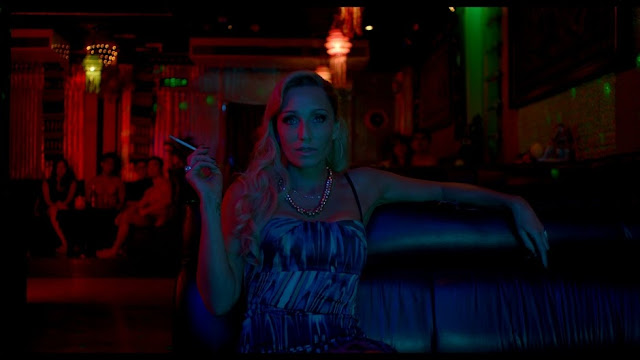 Scenes that in other films would be full of banter and posturing, here are silent. When Gosling’s Julian circles stoic cop Chang, a brutal and terrifying Vithaya Pansringarm—he’s even frightening when belting out karaoke ballads—any other movie would have them throwing tough guy lines at each other in an attempt to gain a psychological advantage. Here, however, the two never utter a word. These are violent men who live in a violent world, and this confrontation is a matter of fact affair, a mundane part of life. There is no point in talking, words won’t change anything.

Kristen Scott Thomas’ Crystal, Julian’s bitter, incestual shrew of a mother—and no, I’m not falling into that trap of thinking any strong female character who speaks her mind is a bitch, Crystal is a straight up mean, nasty human being—is the only character who utters more than a few syllables in succession. She shows up on the scene in Bangkok after her oldest son, Billy (Thom Burke), is murdered, shrieking for vengeance. Julian had a chance to avenge his brother’s death, but upon discovering the grizzly chain of events that lead to his sibling’s demise, opts to sit this one out.

Julian is a character very similar to Gosling’s nameless protagonist in “Drive”—introspective to the point of near mute status, kind but with a capacity for stunning violence—and you may ask yourself how such like characters can result in such very different critical reactions. In my mind, the answer is pretty simple, Gosling’s “Drive” persona had more of a supporting cast to prop him up. He had relationships with Bryan Cranston, and Carry Mulligan and her son, which painted him in a positive light. “Only God Forgives” is missing that. All he has is his family, and both his mother and brother are vile, so there’s no help there. Julian carries a fascination with a prostitute (Yayaying Rhatha Phongam), but it is a transactional infatuation more than a relationship. Julian is a passive character, one that sits back, allowing the world to act upon him rather than the other way around.

It is this lack of emotional depth and absence of any legitimate connection that sinks “Only God Forgives” in many eyes. The chants of style before substance ring loud in your ears. I don’t buy into that, I love it regardless. This is a gorgeous film to look at, hypnotic in presentation, with a forceful, deliberate pace that propels you deeper and deeper into this dysfunctional criminal world. Maybe it doesn’t live up to “Drive”—those are big shoes to fill—but it certainly doesn’t deserve to be booed.

Posted by Brent McKnight at 5:01 PM