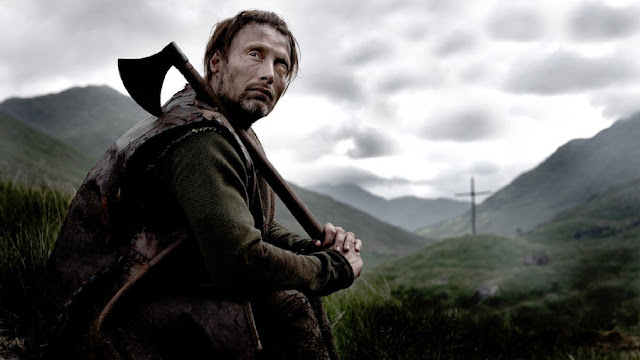 After the critical and popular acclaim of Drive, Nicolas Winding Refn’s last two movies, Only God Forgives and The Neon Demon (both of which I adore, by the way), took a lot of flack. Still, my favorite NWR joint is 2009’s under-appreciated, epic, hallucinatory Viking road trip, Valhalla Rising. Off-kilter, savage, and hypnotic, it’s right in my wheelhouse. A ton of new plot details have emerged about the filmmaker’s next project, The Avenging Silence, and it sound like it strays into similarly nightmarish thematic territory, which is nice.

Nicolas Winding Refn has talked about making a spy movie for a while now, but as you probably guessed, it’s not going to be your average spy movie. Written by James Bond vets Neal Purvis and Robert Wade (Skyfall, Casino Royale), Refn said The Avenging Silence is inspired by Ian Fleming’s Dr. No, as well as William Burroughs’ Nova Express.

A former European spy, accepts a confidential mission from a Japanese businessman exiled to France to take down the head of the most treacherous Yakuza boss in Japan.

That’s a promising start, but that’s all it is, a start. There’s an extended synopsis where things become really intriguing:

The spy was one of the leading spies in Europe. An injury inflicted to his vocal cords during a failed mission six years ago left him mute, forcing him to leave his profession. Now, six years later, he is sought out and put on confidential assignment by a former Yakuza, now a retired Japanese businessman in exile in France, to track down and kill the head of the most dangerous Yakuza family in Japan.

Afraid of flying, our spy anonymously boards a cargo ship headed for Tokyo. An onboard explosion sinks the ship and our spy finds himself washed ashore on a life raft in southern Japan. As a mute, our spy must silently journey through Japan seeking 4 clues – symbolizing conquest, war, famine, and death – which will guide him to the unknown location of the Yakuza boss. Meanwhile, the Yakuza boss, known for his 2004 mass slaughter of Yakuza members who had turned against him, is believed to be plotting to reenter the Japanese underworld after living in his own surreptitious world in the mountains, void of all technology. This way of life becomes an obsession for the Yakuza boss. Rumors spread that he had committed suicide years ago but escaped prisoners from his hidden camp told stories of his plan for a comeback. Now rival Yakuza families suspect he is forming a master plan to return, a plan that unburies the most infamous story of Yakuza betrayal.

Our spy finds himself on an existential journey through Japan in search of pieces to the puzzle that will lead him to a confrontation with the ultimate Yakuza boss in a terrifying conclusion.

Nicolas Winding Refn is fond of working with nearly mute protagonists, heroes who say very little, and this time around, he’s taking quite a literal approach. He’s also fan of dudes who audiences only know as their profession, like “Driver,” or for a singular defining feature, like “One-Eye.”

So, we’ve got a shipwrecked spy who can’t speak; a reclusive, near-primitivist Yakuza boss who butchers his own people for betraying him; and then that hitch about “conquest, war, famine, and death.” I don’t entirely know what to make of this, but damn if I’m not excited to see what Refn conjures out of these details for The Avenging Silence.

Is it too early to cast my vote for Mads Mikkelsen to play Spy? He sounds like a spiritual successor to One-Eye. I would appreciate that, so if anyone can make that happen, good on you.

At the moment, The Avenging Silence is still in the early development stages, but with this slew of details, it sounds like there’s at least a definite framework in place. Let’s hope it gets rolling sooner rather than later.
Posted by Brent McKnight at 12:25 PM