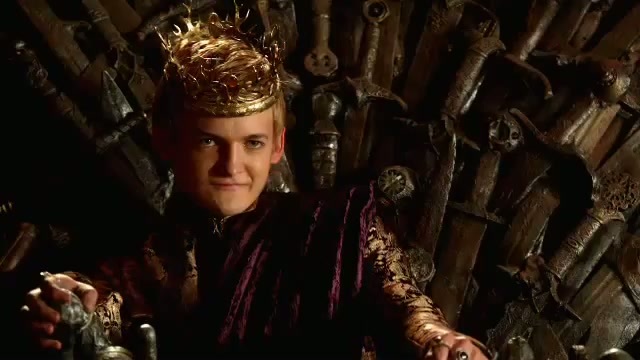 “Winter is coming.” That refrain echoes throughout the first season of HBO’s Game of Thrones, their adaptation of George R. R. Martin’s A Song of Ice and Fire series of novels. Now in year two, and newly available in a fantastic Blu-ray package, the season is most definitely changing.

Things have gone from bad to worse in Westeros, and Martin’s penchant for putting characters you love through constantly deepening levels of hell, only to finally kill them off for good, is on full display here. There’s also plenty of the gratuitous sex, bloody violence, and twisted intrigue that makes the show so damn much fun to watch.

The action picks up shortly after the conclusion of season one. Ned Stark (Sean Bean) is still dead, that hasn’t changed, and his death has thrown the entire political landscape into chaos. Brutal little ponce Joffrey Baratheon (Jack Gleeson) sits on the Iron Throne in King’s Landing, wiling away the hours by humiliating his court, oppressing his subjects, and tormenting his betrothed, Sansa Stark (Sophie Turner), for his own petty amusement. Completely out of touch, his mother, Cersei Lannister (Lena Heady), can’t control him to save her life, his uncle/father, Jaime Lannister (Nikolaj Coster-Waldau) is still imprisoned, and he has no clue how to rule and zero interest in listening to any advice on the topic.

The kingdoms of the North have risen up and are in open revolt, Robb Stark (Richard Madden) wages war against the throne, and there is a claimant to the seat of the king in nearly every corner of the land. Renly Baratheon (Gethin Anthony) masses troops and forms alliances for his own attempt to gain power, and his brother, Stannis (Stephen Dillane), hooks his own ambitious wagon to the high priestess of a shadowy new religion.

The bastard Jon Snow (Kit Harrington) and the men of the Knight’s Watch trek deep into the north, far beyond the Great Wall, to deal with an increasing wildling threat. Theon Greyjoy (Alfie Allen), part prisoner, part sibling to the Stark children, returns to his home on the Iron Isles, which sends his arc off in an entirely new direction, one with disastrous consequences for Winterfell. There’s Bran (Isaac Hempsted Wright); his sister Arya (Maisie Williams), still passing as a boy; and Daenerys Targaryen (Emilia Clarke), and her trio of baby dragons, leading her people through the Red Wastes.

As great and intense as everyone is—you both hate and love Theon, want to slap Joffrey in the face, among others—the real star of the show is Peter Dinklage as Tyrion Lannister. Underestimated, overlooked, and marginalized every step of the way, he uses his cunning and razor sharp wit to get what he wants, and, surprisingly, is the heart and moral compass of Game of Thrones season two.

And then there are the bit players, side characters, and random folks who pop up every once in a while. Good lord there are a lot of characters in Game of Thrones. It’s a seething mass of stories, deception, power struggles, love, hate, and everything that goes along with all of that.

This actually embodies the biggest complaint about the show, there is so much going on, so many stories, so many characters, all of whom are related and connected, that it can be oppressive at times. For the most part Game of Thrones does a strong job of balancing the various threads—Martin’s books are weighty tomes that hover around the 800-page mark—and making each equally compelling. The problem is that this is a huge amount of information to take in. You bounce around from arc to arc, and just when you get into someone’s story, you move on to someone else. At times you hardly see Arya, Daenerys, or Jon Snow for almost an episode.

Even though at times you feel like characters may be getting shortchanged, season two of Game of Thrones is well worth your time. You should pick up this Blu-ray box set for the show alone, but there’s so much more to this package to enjoy. First of all, it comes with a DVD copy, as well as a digital download of the season, so you can take it with you anywhere you care to go.

There are 12, count them, 12 commentary tracks included in this set, which is especially impressive considering there are only ten episodes in the season. Actors, directors, producers, and even Martin himself stop by to give their opinions on each individual chapter of the series. And they’re all good and full of intriguing information, to boot. You get access to In-Episode guides that you can access as you watch, that provide backgrounds and interesting tidbits that augment the onscreen action. All the major characters get character profiles.

A variety of making-of featurettes give you a glimpse behind the curtain of filming. The 30-minute documentary about how they created the epic Battle of Blackwater Bay, stands out from the rest, but they all feature exclusive interviews and roundtables with key members of the cast and crew.

As for all those intersecting threads and how keeping them all straight can be problematic? Well, a lot of that is dealt with in this issue, explicitly laying out the history and politics of the realm. These are the most valuable of the bonus features.

Martin’s books are so full of history and his world is so fully imagined that there are centuries of history that is only alluded to in the most oblique ways. One extra dig into the various evolution and influence of the religions of Westeros, and the “War of the Five Kings” lets you follow the expansive group of would-be kings, examines their claims to the throne, and tracks their successes, or failures, on the battlefield.

By far the coolest extra is the “Histories & Lore” of Westeros, where characters narrate 19 animated shorts that each discuss a certain piece of history or mythology. You learn all about the uprising in the Iron Islands, and about how Robert Baratheon and Eddard Stark took down the Mad King, among others. You are even offered differing perspectives on a single event, getting the narrative from both the winners and losers. This adds a unique depth to the world of Game of Thrones, and makes it that much more expansive and complete. 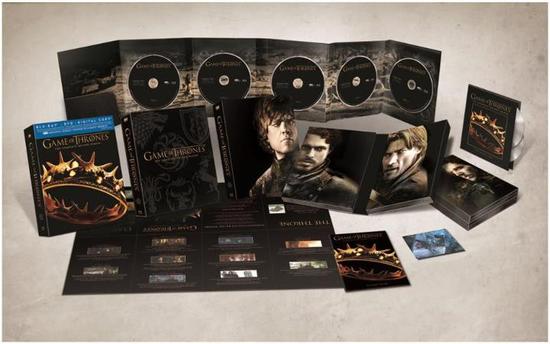 Posted by Brent McKnight at 3:26 PM