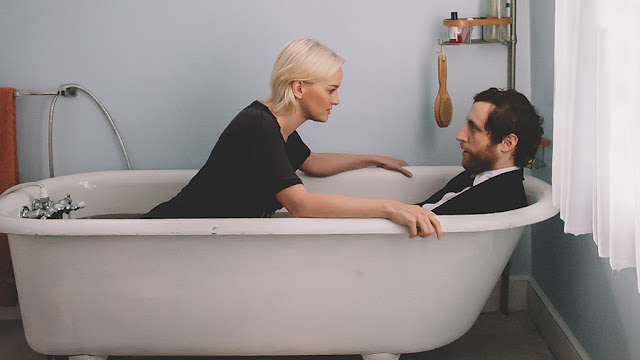 Ben (Silicon Valley star Thomas Middleditch) is depressed. In fact, Jason James’ dark comedy Entanglement begins with montage of failed suicide attempts. Fortunately, Ben’s too inept to die—he tries to gas himself with an exhaust pipe, but a kid steals his car; he takes a bath with a toaster, but forgets to plug it in; when he succeeds in slitting his wrists, he gets up to answer the front door.

In the midst of his misery, he meets Hanna (Jess Weixler, Teeth), the manic pixie dream girl of his dreams, and through sheer quirky force of will, she drags him out of his funk. Here’s the kicker: Hanna was briefly almost his sister. Ben’s parents, thinking they couldn’t have children, adopted an infant girl. That very day, they learned they were pregnant with Ben and the adoption agency made them give back the baby. I don’t know how legit that is, but I have zero clue how adoption agencies operate, so what the hell. 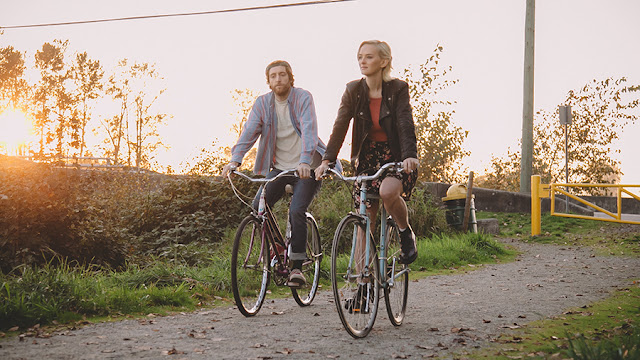 Jason Filiatrault’s script skirts perilously close to overused indie rom-com traps, though it’s strange enough to differentiate itself and ultimately moves in refreshing ways. We’ve seen this adorably twee meet-cute time and again—antisocial weirdo guy meets vivacious woman who instantly likes him for vague reasons and teaches him how to live. But as familiar as Ben and Jess’ perky courtship plays, the fact that we know what we know colors the rest of their relationship. Entanglement further upends the usual genre tropes in dark, off-kilter fashion, with flourishes of magical realism—animated deer, talking puppets, messages spelled out in soup—all augmented by a do-wop heavy soundtrack.

Ben’s not always an easy character to root for. He’s incredibly self-centered and in true movie fashion, somehow has a nice ass apartment and friends, despite being unemployed and a miserable prick. In conversation with Hanna and even his neighbor, Tabby (a wonderfully harried Diana Bang), he never listens to a word anyone says. And sure, his wife left him and his parents are neurotic, but for all of his woe-is-me shtick and depressive spiral, nothing all that bad has ever happened to him, though he paints every broken shoelace as tragedy. 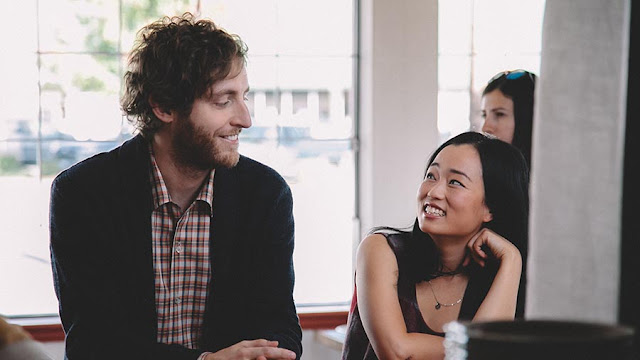 It’s really down to Middleditch that Entanglement doesn’t bog down and entirely become Sad Straight White Dude Learns a Lesson: The Movie. A misanthropic nerd, he has an affable charm that balances out his dark, sarcastic gallows humor. This is a guy willing to have a verbal throwdown with a tween in the lobby of a therapist’s office, so making him sympathetic and relatable isn’t the easiest feat.

Though she plays a familiar character type, Weixler has a look-at-me star quality. (A quick comparison is Jennifer Lawrence, as the two have a similar look and voice.) She and Middleditch have a breezy chemistry, and though their relationship hits recognizable beats, it’s a smooth, engaging watch. 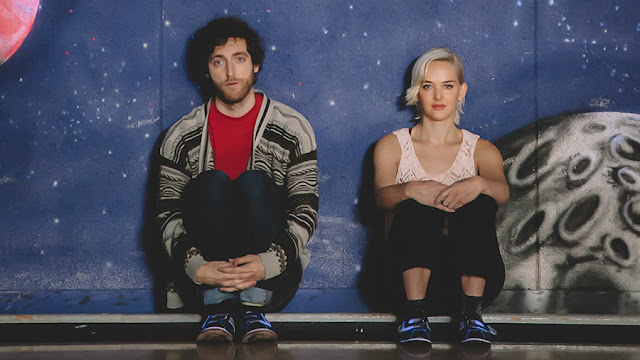 While Entanglement splashes—often literally, as a water theme permeates the film—around in familiar territory, the “You were almost my sister” set up and the back end of the story make the movie stand out. After cute-ing it up for a bit, the narrative shifts and an almost Memento-style psychological mystery drives the final act. To say more than that does the film a disservice—go in as cold as you can—but the intricate groundwork laid early on pays off.

Entanglement doesn’t break the indie rom-com mold, but it warps that framework enough to provide intrigue. The everything-is-connected ending may be a bit too tidy, but James’ film never takes the most obvious direction, and the result is a modest, enjoyable charmer. [Grade: B]

Posted by Brent McKnight at 1:29 PM