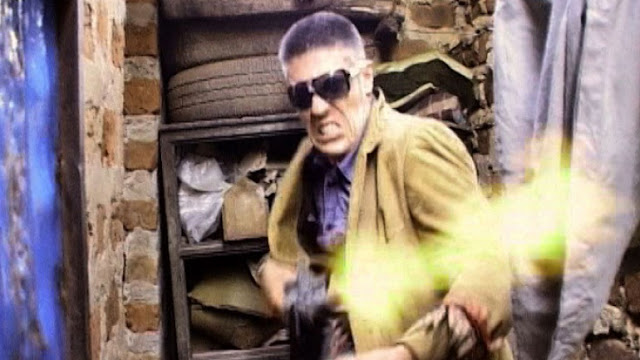 If you’re not familiar with Wakaliwood, Bad Black is your loud, raucous wakeup call. You need to be watching the insane action movies coming out of Wakaliga, a slum in Kampala, Uganda’s capital city. This shit’ll blow your mind.

Shot on video, with a budget that tops out in the hundreds of dollars, director Nabwana I.G.G. brings bonkers action and more energy and enthusiasm than any Hollywood blockbuster I can remember in recent memory. It’s like watching something you kid brother and his buddies did over summer break, but so, so much crazier. 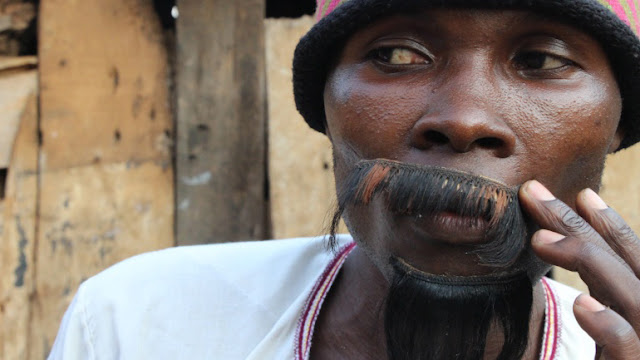 The plot of Bad Black borders on coherent (it’s almost coherent), leaping around at random from one thread to the next. A large portion centers on a mild-mannered western doctor who, after being robbed by the titular Bad Black, a female ghetto crime lord, trains in the art of “commando vengeance” with a street kid—like a six-year-old street kid—named Wesley Snipes.

It’s part Godfather-esque crime saga as we watch Bad Black rise from her beginnings as a slum urchin; it’s part revenge story; there’s family drama; a kung fu master of love; real estate scams; a women-in-prison aside; and, most of all, constant, berserk, out-of-its-mind action. Ghetto commandos swing from helicopters, fall into rivers of poo poo, hurl themselves out of cars, and stage elaborate gunfights with props occasionally made out of sticks and duct tape. And all of this happens in a movie that’s not even 70 minutes long. 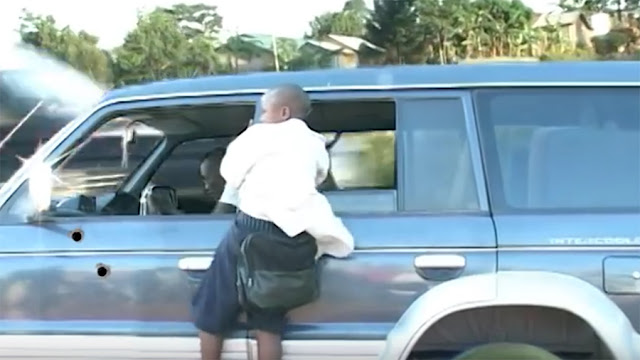 Throughout, a so-called Video Jockey provides a running commentary. He serves as part narrator, part interpreter, part hype-man, cackling like Woody Woodpecker all the while. In Uganda, audiences often watch movies in halls while VJs do their thing.

Bad Black is the work of a filmmaker raised on the Arnold Schwarzenegger and Sylvester Stallone movies of the 1980s. It’s absolutely bananas and one of the most entertaining movies I’ve ever seen. I can’t even find the words to do it justice. Take whatever craziness you imagine, crank that up by a power of three or four, and you may have an inkling of what’s in store. 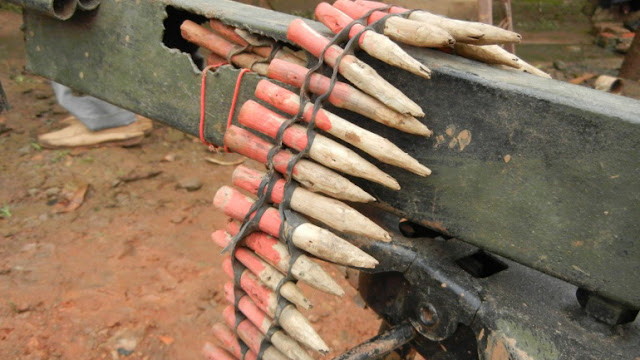 Most of the time, movies should exist on their own. Not quite in a vacuum, as there will always be societal and cultural factors in play that influence any work of art. But for the most part, most critics preach taking a film on its own merits, without weighing the context in which it is created.

In the case of Bad Black, that’s almost impossible. Sure, if I stumbled across this on YouTube, I’d watch it, laugh and clap my ass off, and be thoroughly delighted. I can’t stress how exciting and fun and generally awesome the experience of watching Bad Black is. It’s great. But there’s so much more to the story that makes its very existence so much more incredible. 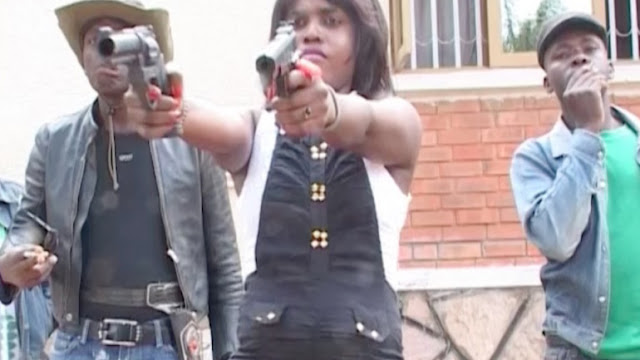 Wakaliga has electricity a couple of days a week, if they’re lucky, so filming revolves around when they can charge the camera battery. Nabwana I.G.G., who apparently goes by Isaac, has no training, so everything—the action, editing, special effects—is a process of trial-and-error. A version of his earlier film, Who Killed Captain Alex?, was completely lost as a result of the conditions in which is was filmed. There’s no money involved in the production at all—watching Bad Black, think of what they could do with like half of a day’s craft services budget from the latest Transformers movie (and it still has exponentially more life and energy than any installment in that franchise).

As crazy and campy and schlocky as it is, Bad Black shows the gritty street reality of a Ugandan slum. It’s all filtered through a lens of out-of-control American action cinema, but the authenticity, the details that pass as normal and routine, the way things daily life is, offer a unique cinematic perspective. Hell, these films are even heavily influenced by the director’s first hand experiences surviving a guerilla war.

To call Bad Black and its ilk passion projects is to sell them short. This is DIY to the extreme. Insane and ridiculous and cheap and absurd, and the fact that it exists at all, let alone that we can watch it at a film festival in Seattle, is remarkable. An awesome, delightful blast of action, Bad Black entertains the hell out of you while it offers a view of the world you won’t find anywhere else in cinema. [Grade: A+]

Posted by Brent McKnight at 2:58 PM