SIFF '13 Review: 'Much Ado About Nothing'

Though they may seem unlikely bedfellows, when you throw William Shakespeare and Joss Whedon together, you wind up with one hell of a popcorn movie. That shouldn’t come as a surprise. After all, that’s what Whedon does. He has a fantastic pop sensibility, and turns out great, whip-smart movies that are equally entertaining. And even given his pantheonic placement in academia, that’s precisely what the Shakespeare did in his day, deliver populist entertainment that was never watered down. And when you put the Bard in the hand of the man who directed “The Avengers,” what you get is the latest adaptation of “Much AdoAbout Nothing.”

“Much Ado About Nothing” is already one of Shakespeare’s most accessible plays, and in the hands of Whedon—who handled the directing as well as the adapting—the romance and comedy are transported from Messina, Sicily, to the modern corridors of American political power. Shot on the cheap in Whedon’s own house—he has a really nice house—and cast exclusively with his buddies, the transition from one era to another is seamless. You never bat an eye that these people, driving cars and wearing couture, speak in the Bard’s high English.

At the center of our tale are Beatrice (Amy Acker) and Benedick (Alexis Denisof), self-confirmed lifelong singles. Each is stubborn, bullheaded, and above all, carries a razor wit in their back pockets, which they unsheath at the slightest cause. Trading barbs, turning phrases, and verbally pulling the rug out from underneath one another, watching the pair engage in wordplay sparring matches with everyone who happens to raise their ire, is the truest pleasure in the film. The two leads work wonderfully together. In Shakespeare’s world, characters this similar simply cannot be kept apart, and through a clever ruse perpetrated by mutual friends, Beatrice and Benedict are set on a romantic collision course. 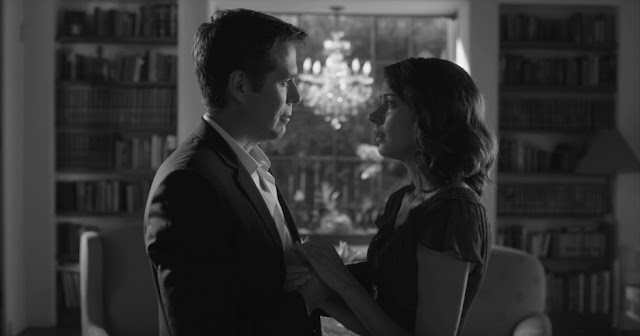 At the same time these two trade vocal flurries, young Claudio (Fran Kranz) and Hero (Jillian Morgese) fall in love at the drop of a hat. But through the dastardly intrusion of Don John (Sean Maher), a d-bag of the highest order—he is known as “the Bastard Prince,” what did they expect—their union is dashed on the rocks, in seemingly permanent fashion. The darker turn and weight of this story thread—there’s political intrigue, betrayal, deception, and mistaken identities, many of Shakespeare’s favorite themes—balances out the light and bouncy elements.

On the surface this may sound strange to say, but watching “Much Ado About Nothing” actually feels very similar to watching “The Avengers.” Obviously not in an action sense—there’s nary a superhero to be found, though Shakespearian players do often don tights—but both combine airy rudiments and quick, sharp banter with potentially dire consequences, with decisions where life and death ultimately hang in the balance. Again, this is where Whedon’s touch is the most apparent, in this delicate equilibrium between fun and gravity.

The landscape is populated with supporting players from Whedon’s films, TV work, and social circle. Reed Diamond, Clark Gregg, and even Ashley Johnson (Chrissy from “Growing Pains!”) all show up. And worry not, Browncoats, Nathan Fillion does a fantastic turn as Dogberry, the bumbling local constable with wounded pride and not a clue to be found. He’s having a blast playing the buffoon, and the scenes in the precinct play out like a classed-up version of “Reno 911.”

Filmed in a warm, dreamy black-and-white, with a chill jazz score and light pop songs for punctuation, “Much Ado About Nothing” opened the Seattle International FilmFestival, and is now up for a wider release. The film has the feel and sensibility of a bunch of good friends getting together to make a movie one weekend, and is exactly as much fun as that sounds. Only in this case, it doesn’t hurt matters when all of those friends happen to be enormously talented, so the quality is way up there compared to that one time you and your buddies made a movie. Between the expertly executed banter, engaging tone, and obvious chemistry amongst everyone involved, you should check this out. Even if you claim not to like Shakespeare, “Much Ado About Nothing” is a good time at the movies, and yet again, Whedon proves that you can make an entertaining, engaging movie without being inane, stupid, or insulting your audience’s intelligence. 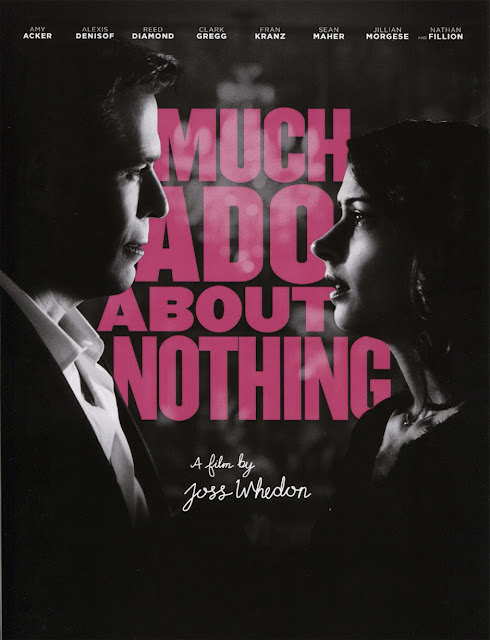 Posted by Brent McKnight at 8:09 PM