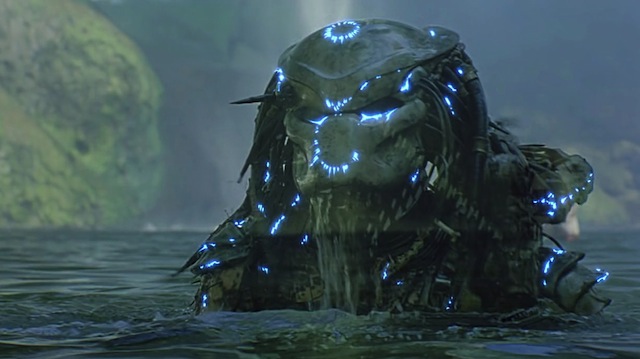 I’m one of the few people who seems to enjoy Predators. Sure, it’s not Predator, nor is it even Predator 2, but it’s a damn sight better than either of the Alien vs. Predator movies we were subjected to. Last year we learned that Shane Black is writing and directing a new Predator movie, which is promising for a number of reasons, but the new film plans to reinvent and reinvigorate the franchise.

Black not only directed the likes Iron Man 3 and Kiss Kiss Bang Bang, which should be enough to pique your interest (he also wrote the criminally underappreciated The Long Kiss Goodnight, not to mention The Last Boy Scout), but he was also in Predator. He plays Hawkins. Talking to Collider, producer John Davis gave an update on the progress of the film, and it sounds like it’s worth getting cautiously optimistic about. He said:

Shane shot a movie and he’s doing a pilot now, but I’ve read a lot of his script and I think it’s genius. I think it’s genius and I think it’s entertaining, and what it did is recreate a famous franchise in a different, interesting way; looking at it from a different light. He’s just an amazing writer-director. He’s got a way of looking at this that makes you excited again. I love this franchise. It was the first movie I ever did. I remember in being in the jungle with Arnold [Schwarzenegger] as a 28-year-old and going, ‘This is a fun business!’…Shane’s amazing. He’s an amazing storyteller.

And if that isn’t enough, Black is working with longtime partner in crime, Fred Dekker, the mastermind behind classics like Night of the Creeps and Monster Squad, which the two co-wrote together. Davis continued:

Shane’s got a writing partner, Fred Dekker. They’ve been doing it together and Fred’s great. The two of them together, they’ve been in the business for a long time, but the writing is so fresh, the perspective is so fresh. I’m telling you you’re going to get something you don’t expect and you’re going to say, ‘This is the most entertaining way to reinvent a franchise.’ I mean he’s the guy who wrote Iron Man 3.I'm not sure if Iron Man 3 is the best example to use. A lot of Marvel fans didn't like how that movie turned out. But, he did work on other films like the Lethal Weapon franchise, Kiss Kiss Bang Bang, and of course, Monster Squad. I'm looking forward to seeing what he is planning for Predator.

Obviously, John McTiernan’s 1987 Arnold Schwarzenegger is one of my favorite movies of all time. As such, I consider a kind of hallowed ground. Still, as skeptical as I am about reboots and rehashes, Shane Black’s Predator is starting to sound like something I can get behind.
Posted by Brent McKnight at 11:07 AM