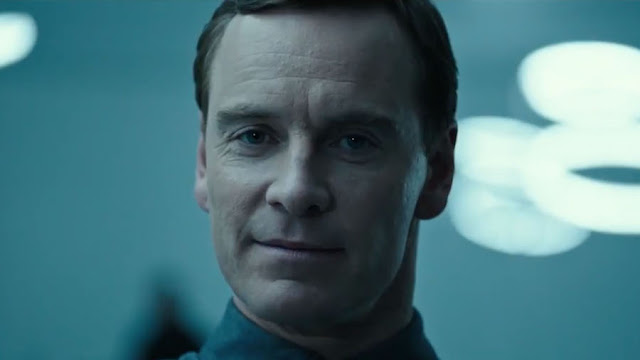 Okay, I’m beyond pumped for Alien: Covenant. I’m giddy that we’re just a few months away from a new, Ridley Scott-directed visit to the land of Xenomorphs and Face Huggers. But as jazzed as I am about this whole situation, the marketing has been way hit and miss. The first trailer was okay, bloody shower sex scene and all, but that prologue was whack as shit. Then the latest trailer made me giggle and squeal with vicious delight, but this latest viral video does absolutely nothing. Unless you care about how they make Michael Fassbender’s new android Walter.

This video is supposed to be an advertisement for Walter, the latest upgrade from the nefarious Weylend-Yutani corporation. And it’s supposed to be creepy and set an ominous tone, but it doesn’t particularly. Those of us who saw Prometheus and met David, the previous iteration, also played by Michael Fassbender, know he’s creepy. Hell, Michael Fassbender is a creep. This does little to move the needle in any direction.

And if you’ve seen any of the Alien movies, you know the androids are generally creepy and up to no good already, and there’s always some secret, preprogrammed Weyland-Yutani ulterior motive to contend with. I know this is supposed to add context to the world and all, but it’s all just very blah.

If you have the free time, you can also go to meetwalter.com, the new viral marketing site that gives you technical specs and whatnot, though I feel like you get everything you need to know about Walter from the, “We are Walter” line and the bit about how acquiring knowledge is dangerous. That’s certainly not going to play into a mission about space explorers exploring deep space and acquiring knowledge, is it?

I’m more annoyed than I realistically should be, so I’m going to watch the last Alien: Covenant trailer and clap like an idiot.

Here’s the official synopsis just in case the prospect of armor-plated alien killing machines ripping into unsuspecting human targets doesn’t instantly make you want to camp out in front of the movie theater.