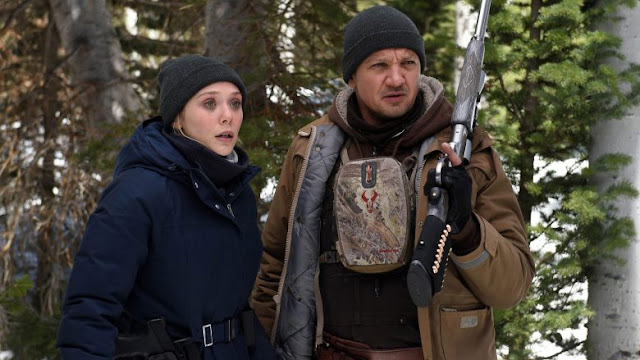 Taylor Sheridan won acclaim for writing recent crime dramas Sicario and Hell or High Water, which afforded him the chance to direct his own script, Wind River. Beginning with the murder of a young woman on an isolated Wyoming Indian reservation, the story follows Cory Lambert (Jeremy Renner), a tracker grieving his own loss, as he helps Jane Banner (Elizabeth Olsen), a newbie FBI agent, stalk the killer. As he says early on, he “hunts predators.”

Olsen’s arc feels trimmed down in editing and her character ultimately gets pushed aside. As the mystery deepens and Banner investigates the death alongside Lambert, she fades further and further into the background and never progresses beyond the outsider rookie striving to prove herself and facing resistance at every turn because of her youth and gender. 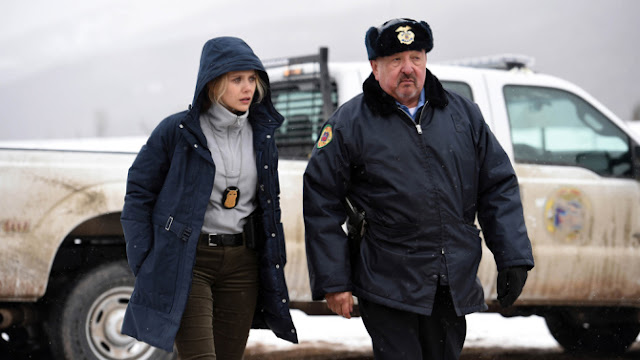 While Banner feels like a waste of a fantastic performer in Olsen, as well as a potentially intriguing, if Silence of the Lambs-esque arc, Renner delivers his best performance to date. Lambert is a staid modern frontier man, quietly coping with—or at least containing—his own haunting pain. He approaches the world with a stoic sense of perspective and philosophy that masks deep wounds. The character falls right in line with protagonists like Chris Pine in Hell or Emily Blunt in Sicario, where measured, calculated exteriors cloak churning emotion beneath.

Wind River lacks the social edge of the most obvious cinematic comparison, Thunderheart. And, as with Olsen, it’s hard to shake the feeling that there’s more to the story that we don’t see, especially as far as it concerns the setting. Focusing on a white man living on Native land—Lambert’s ex-wife is a member of the tribe—there’s an obvious culture clash element, but one that never factors into the narrative. 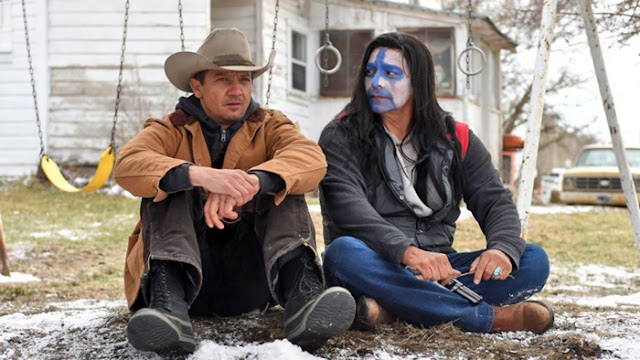 This isn’t a “White Savior” type scenario, and by and large, the film is respectful of the culture—with Gil Birmingham, Graham Greene, Martin Sensmeier, and Tantoo Cardinal, it features a who’s who of Native American actors (except, you know, the two main characters). Still, it’s easy to ask why position this story in this place, when it never functions as anything more than a moderately interesting stage and could have been much more. Again, there’s a missed opportunity to explore interesting thematic territory that falls by the wayside in favor of noir-ish machinations.

There’s also one of the most gratuitous sexual assault scenes I’ve come across in quite a while. Not gratuitous in a graphic sense, though it is unsettling, but gratuitous in an unnecessary sense. It represents a jarring shift in perspective at a key moment, which also derails the pace. I understand why it exists—for lack of a better description, the script paints itself into a corner. We come to a point in the narrative where we need certain information in order to move forward, and there’s nowhere else to go, no other way to impart this knowledge. 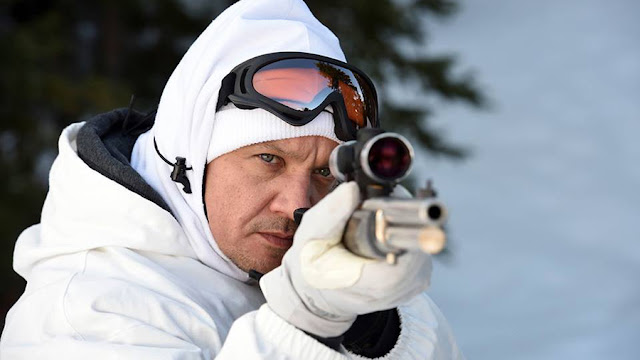 Even with Sheridan’s Elmore Leonard-influenced loaded dialogue, Wind River doesn’t quite hit the highs of his other works. The script is solid, but not as honed and razor sharp as his others. But, missteps and all, it’s a taut, cold mystery, and a strong directorial offering, especially for a filmmaker with only one other feature under his belt. [Grade: B]

This is an expanded version of our capsule review from the Seattle International Film Festival.

Posted by Brent McKnight at 7:47 AM