Check Out The BoneBat Comedy Of Horrors Film Festival 2019 Lineup 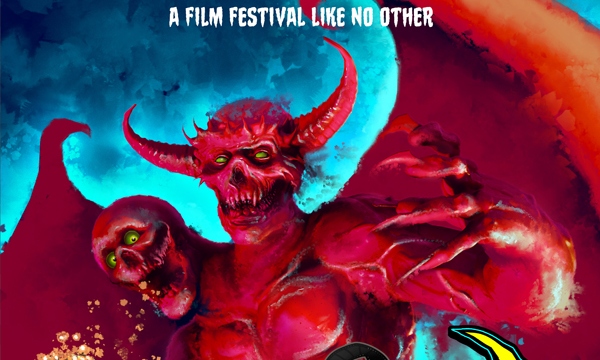 It’s that time of year again. That time where, in Seattle anyway, a bunch of like-minded horror enthusiast weirdos spend 12 hours of a (possibly) lovely spring weekend day hunkered down inside like mole folk; drinking beer; and watching a ridiculous amount of strange, twisted, and otherwise warped movies. Yes, you guessed it, it’s the annual BoneBat Comedy of HorrorsFilm Festival.

Now in its ninth year delivering gore and guffaws, BoneBat is one of most unusual, entertaining, and straight-up odd film events on the film calendar. Mixing comedy and horror is often a dicey proposition—and for me, shorts are always a hit and miss endeavor—but the slate usually delivers more strikes than gutter balls.

The program includes features and blocks of shorts, as well as music, swag, and an epic raffle in which I’ve yet to win a damn thing (it’s become a running joke at this point). They also have a beer sponsor every year, so there are screaming deals on booze to lubricate the whole situation.

2019’s musical slate features frequent guests The Pine BoxBoys from San Francisco, who I’ve seen at least a couple of times at past fests.

This year, there’s only one feature, the Seattle premiere of Eat Local(s), a British vampire yarn from first-time director Jason Flemyng, who you may know as an actor in movies like Lock, Stock, and Two Smoking Barrels, X-Men: First Class, and Spice World, among a billion others. It stars Billy Cook, Charlie Cox, Eve Myles, Freema Agyeman, Annette Crosbie, Tony Curran, and Dexter Fletcher.

Here’s a synopsis and trailer:

Facing difficult times and with their glory days long gone, the eight undisputed British vampire overlords gather up for their semi-centennial meeting. However, before the break of dawn, there will be blood. And corpses. Lots of them.

Beyond that feature, there are a whopping 47 shorts broken into various blocks that usually run roughly 90 minutes. I haven’t seen any of these, but most years they field an impressive mix. I’ve seen titles from dozens of countries, but there’s often a strong local contingent as well. There’s always a handful of bonkers animated selections. They run the gamut from clever and slick and scary as hell to cheap and schlocky and utterly ridiculous. Basically, whatever your genre tastes, BoneBat has you covered.

For more info visit: www.bonehand.com
Posted by Brent McKnight at 11:13 AM