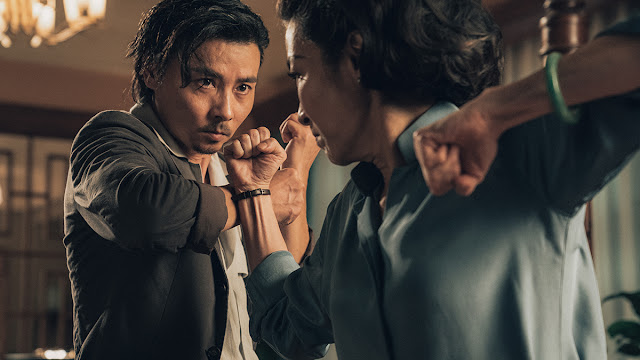 Max Zhang, Michelle Yeoh, Dave Bautista, and Tony Jaa in a movie directed by Yuen Woo-ping? If that doesn’t move you to watch Master Z: Ip Man Legacy, you probably don’t like action movies. And if that’s the case, why are you here? I kid, I kid. But in all seriousness, if this trailer is any indication, Master Z is going to be a barn burner. Check it out.

Over the past few years, the Ip Man movies have continually delivered some of the best , most elaborate martial arts cinema going. From just this brief glimpse, Master Z looks to continue that trend. And given the talent involved, that shouldn’t surprise anyone.

Michelle Yeoh is a damn icon, and for good reason. Tony Jaa is not only one of the best movie a martial artists working today, but is up there all-time. I love that Dave Bautista goes from blockbusters to smaller films and continues to make interesting choices at every turn when he could easily settle into churning out generic action pap. Though he’s not as widely known to U.S. audiences as his co-stars, Max Zhang has a hell of a resume and a skill set to back it up—watch SPL 2 if you need confirmation.

And as if all of that wasn’t enough, action legend Yuen Woo-ping oversees the whole shebang. I try not to use the word legend lightly, but when the shoe fits… His action choreography is the stuff of dreams—we’re talking Kill Bill, The Matrix, Drunken Master, Fist of Legend, and so many more. Beyond that, he has more than thirty solo directorial efforts full of fantastic action under his belt. There’s a reason the fights choreography looks so good in this trailer.

Basically, there’s nothing not to like here and Master Z reads like an action fan’s flight of fancy come to life.

Following his defeat by Master Ip, Cheung Tin Chi (Zhang), tries to make a life with his young son in Hong Kong, waiting tables at a bar that caters to expats. But it’s not long before the mix of foreigners, money, and triad leaders draw him once again to the fight.

Between Furie, Triple Threat in a little bit, and this, Well Go USA is having one hell of a March/April run. Master Z: Ip Man Legacy punches into theaters April 12, and probably VOD around the same time. 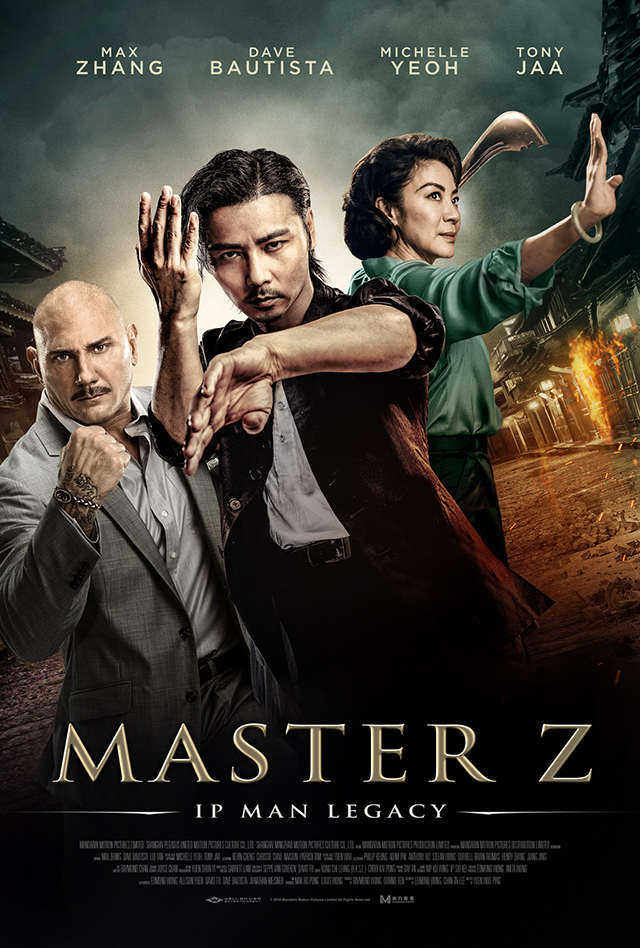 Posted by Brent McKnight at 9:43 AM