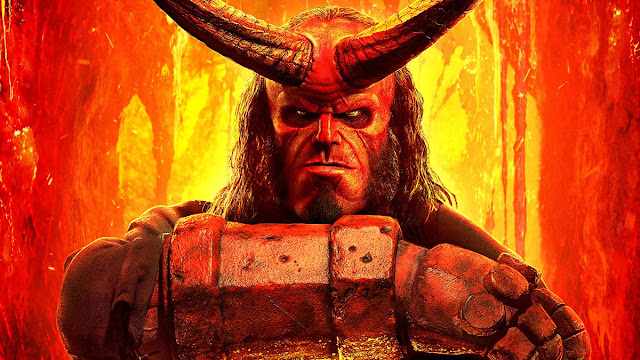 People adore Guillermo del Toro’s Hellboy movies. I like them well enough, but I don’t get the crazy love. Similarly, I like the comics fine, but don’t obsess. Basically, my point is that I’ve never been the one clamoring for more from the big red guy. I’ll watch and probably enjoy, certainly, but news of the new Hellboy doesn’t exactly set me on fire. What does excite me about this new project, however, is that it’s a new Neil Marshall movie, and the idea of the Dog Soldiers and The Descent director back on the big screen and working with monsters is an idea I can get behind. All that said, here’s a new Hellboy trailer, as well as a red band version and a bunch of posters.

Here’s the red band Hellboy trailer. There are swears and blood.

As indifferent as I am to a new Hellboy movie—indifferent seems harsh, I’m not uninterested, just not super excited—I’m here all day for Milla Jovovich as a sultry, vampy evil sorceress. That sounds perfect and is something I now want in every movie. Also, the additions of Ian McShane, Daniel Dae Kim, and Sasha Lane are all good things, so there’s that.

People so identify Ron Perlman with the title role that I’m interested to see how they respond to David Harbour’s take. But overall, this looks different than the previous films. Sure, we get his origin story again, but it’s darker in tone, flush with R-rated violence, and with Marshall at the helm, I expect big action at least on par with his work on Game of Thrones, where he’s the go-to guy for episodes with major battles. I also hope it leans more on the horror and Lovecraftian elements of the source material.

Are you psyched for more Hellboy and BPRD adventures? We don’t have much longer to wait as it opens on April 12. Take a gander at some posters below. 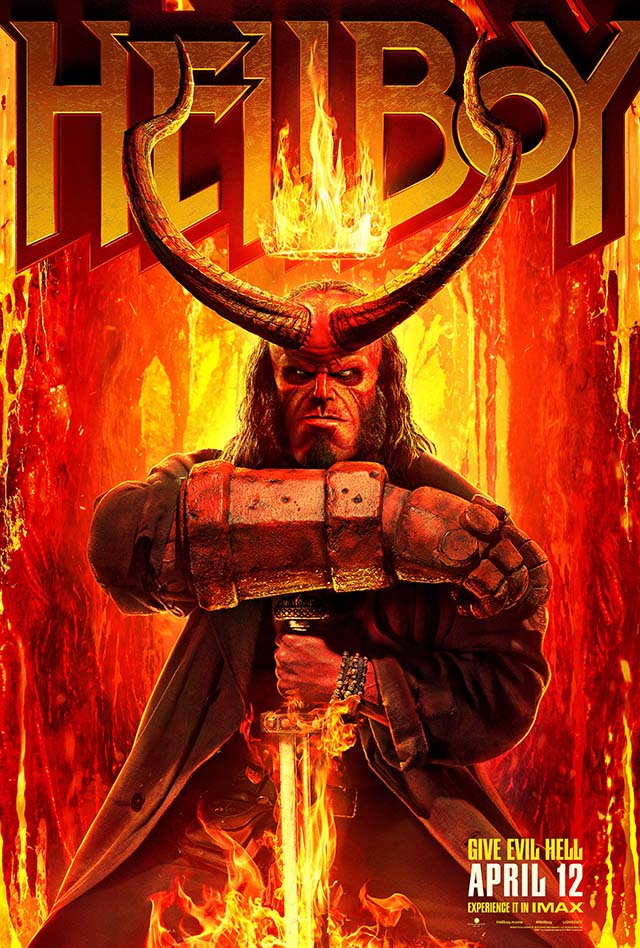 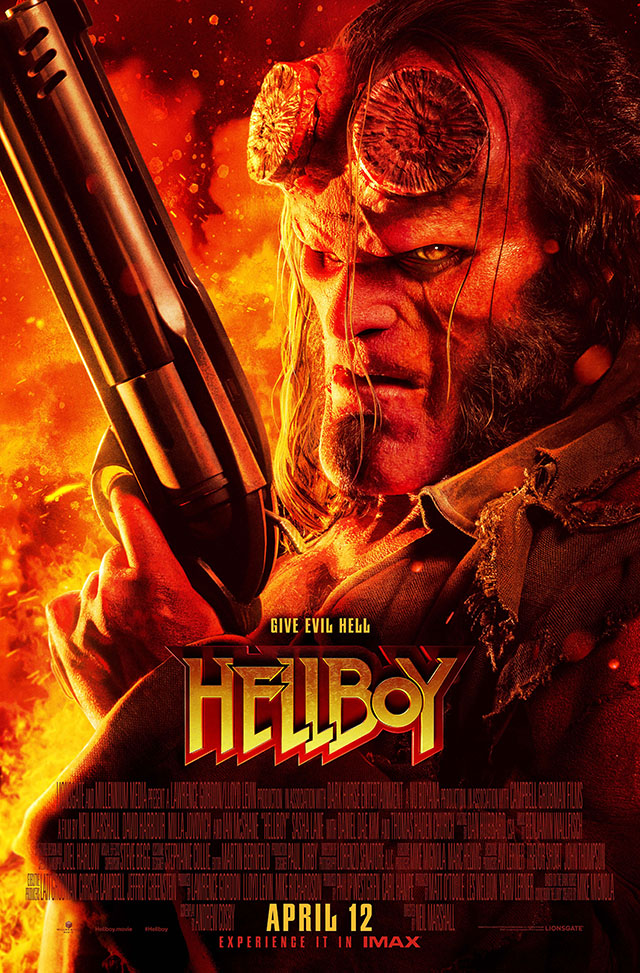 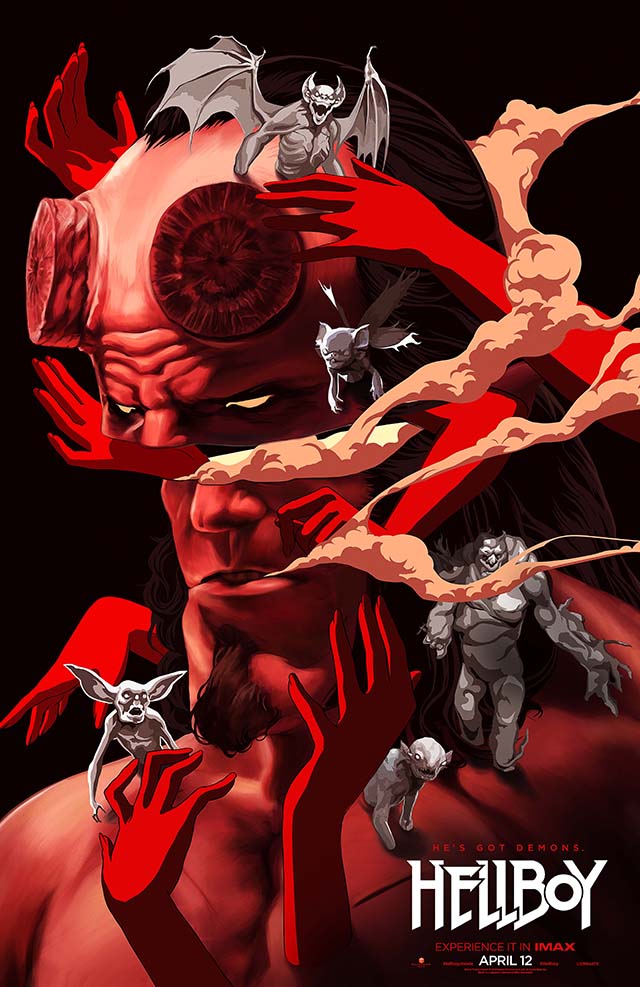 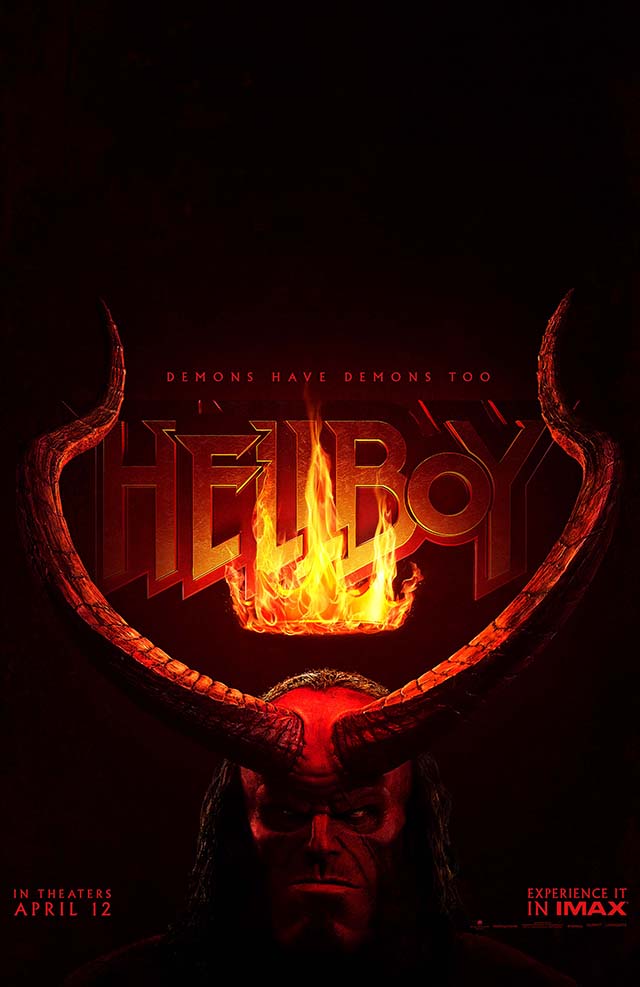