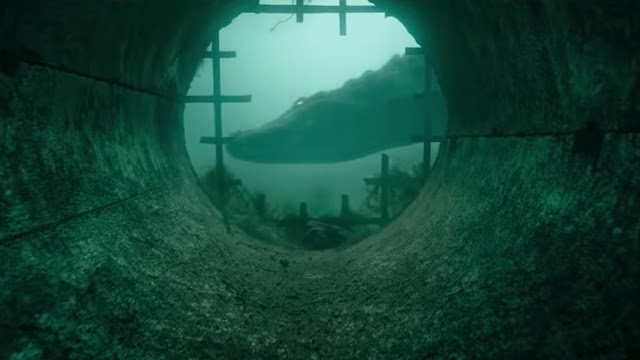 The last time Alexandre Aja went all in on crazy-ass nature run amok, we got Piranha 3D, which is just the best movie. Well, he’s back in that realm, and while Crawl looks like a very different approach—dark and grim and terrifying versus over-the-top camp and schlock—it looks no less rad. I mean, come on, giant rampaging alligators in a hurricane. Check out the trailer below.

This Crawl trailer looks like a storm-bound home invasion horror movie, but instead of masked robbers or torture-minded psychopaths, the intruders are gators, and I can certainly hang with that. Also, in their defense, the trailer does point out that they were there first, so…

I enjoy how the trailer tries to keep the gators under wraps for a while, but by the end they’ve thrown up their hands and yelled, “Here. Here they are. Happy now?” That dog better not get eaten though.

Here’s the official synopsis for Crawl, which appears exactly what you expect from this glimpse:

When a massive hurricane hits her Florida hometown, Haley (Kaya Scodelario) ignores evacuation orders to search for her missing father (Barry Pepper). Finding him gravely injured in the crawl space of their family home, the two become trapped by quickly encroaching floodwaters. As time runs out to escape the strengthening storm, Haley and her father discover that the rising water level is the least of their fears.

Aja has a very hit-and-miss track record, but the ones that land, land well. Even if he does have a penchant for ill-advised last second twists that…yeah, someone should have talked him out of. But from what we see here, Crawl promises to be a wild slice of angry nature exploitation. Basically, it looks like a blast and I’m into it.

Crawl opens July 12. Landing smack in the middle of big summer blockbuster season, this might be just the kind of breath-of-fresh-air horror counterprogramming we need amidst all the massive CGI craziness. 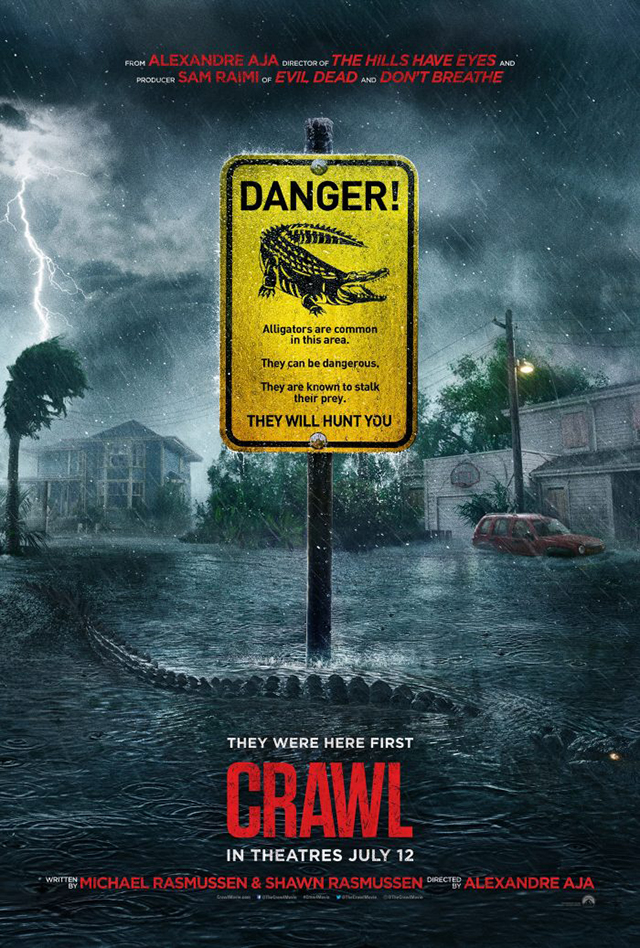 Posted by Brent McKnight at 8:01 AM