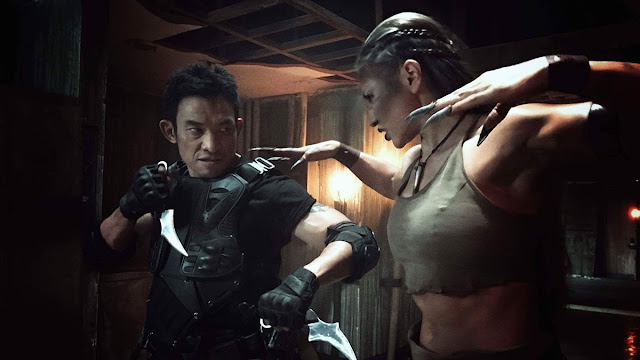 A funny thing happens when you make a movie about fighting and actually cast people who know how to fight, the fighting looks good. Such is the case for writer/director/star Vincent Soberano’s Blood Hunters, AKA Blood Hunters: Rise of the Hybrids. That’s the good news. The less good news is that’s basically all the film has going for it.

Soberano himself is a decorated Muay Thai fighter and trainer, and as such, he populates Blood Hunters with a cast of skilled martial artists. Click on the IMDb credits for just about any actor and their bio mentions they’ve been training since a young age or were champions in one discipline or another. This fact shines through in the well-staged, solidly choreographed fight scenes—including a banger hallway fight scene—as well as the acting, which leaves much to be desired. Fighters aren’t necessarily known for their acting chops. 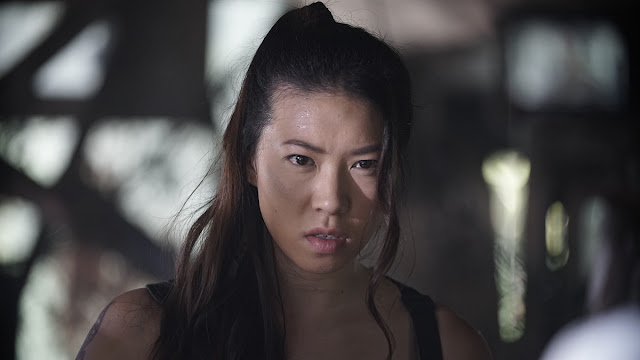 Blood Hunters has a reasonably cool idea behind it. Basically, a secret organization hunts down a race of demon creatures known as Aswang—a kind of catch-all blanket name for nefarious shape-shifting creatures of Filipino folklore. Gabriella (Sarah Chang, who also happens to be a martial arts champ and Soberano’s wife) leads the story. She’s a cop-turned-Aswang-hunter who battles demons in booty shorts and wants revenge. There’s also Bolo (Soberano), a grizzled, hybrid human-Aswang badass who also wants revenge, and Monte (Monsour Del Rosario, a Taekwondo champ and former Congressman in the Philippines).

There’s an underdeveloped surrounding mythology that exists primarily as a huge info-dump prologue. This includes the Aswang’s alien origins, a secret sect of soldiers and mercenaries, and pretty much every character’s loved ones being slaughtered. Clunky editing leaps haphazardly back and forth from storyline to storyline, shoehorning in melodramatic flashbacks. Poorly paced and overflowing with clumsy dialogue, this is obviously the work of someone who knows fighting but doesn’t have a strong grasp of how to construct a narrative or craft characters beyond surface details. 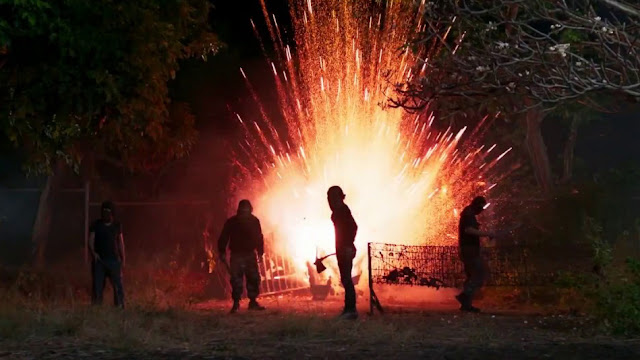 Cheap, cheesy, and ridiculous, Blood Hunters is mercifully short. And if you can wade through the hokiness, dubious acting, and borderline incoherent plot, the fight scenes aren’t bad. For action fans with a high tolerance for the rest, that may be enough. [Grade: C-]