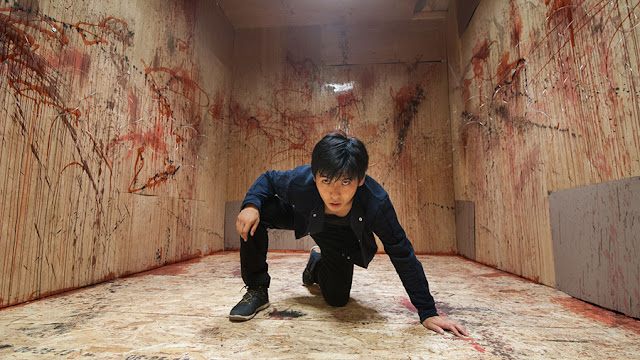 Kurando Mitsutake’s Karate Kill may not have much in the way of plot, but it certainly has an excess of violent martial arts fights, blood, and gratuitous nudity. So that’s something for the Gun Woman director to hang his hat on.

Modeled on the Cannon Films formula, now with added face-kicking sleaze, Karate Kill revolves around quiet Japanese loner Kenji (Hayate) who works four part-time jobs to pay for his sister Mayumi’s (AV star Mana Sakura) school in the States. When she goes missing, he embarks on a violent quest to find her. He fights his way from the streets of Los Angeles to a small Texas town, through a seedy underworld of snuff films, sex tapes, drugs, and a mad, Manson-esque death cult complete with a rural compound and dudes who wear burlap sacks on their heads. 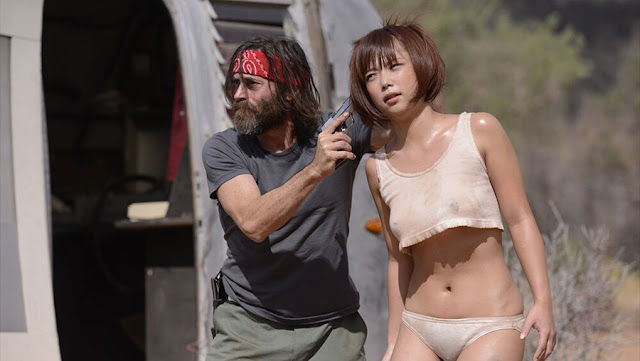 A kind of Japanese interpretation of throwback exploitation fare of the ‘70s and ‘80s, there’s all manner of chaos to witness, from a dude getting his ear ripped off and thrown into a drink to the vengeance-minded Keiko (Asami, yet another AV actress), Kenji’s hook-handed sidekick/momentary love interest. But for all the ridiculous flourishes and admittedly strong fight scenes and stunt work (even if Kurando does get too cute with the camerawork at times), Karate Kill drags on far too long. Every scene lasts longer than necessary, and seriously half the movie feels like one extended tooling up sequence.

From the plot description to the cartoonish illustrated poster, Karate Kill delivers precisely what it sets out to. How much you dig that depends a great deal on your cinematic proclivities. This falls right in my wheelhouse, so there’s definitely fun to find if you’re so inclined. 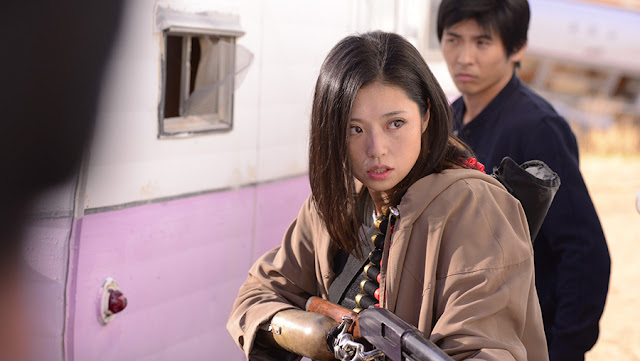 When it peaks, Karate Kill provides a nice facsimile of the Cannon Films assembly line action fare I grew up discovering on warped VHS tapes. Schlocky acting, paper thin motivations, leaps in narrative logic, a borderline inspired performance from the unhinged cult leader (Kirk Geiger), a dude punching through another dude’s throat, and a synth-heavy score; it’s all there. If any of this sounds like your jam, by all means, track Karate Kill down. If not, it’s probably not your bag. [Grade: C+]